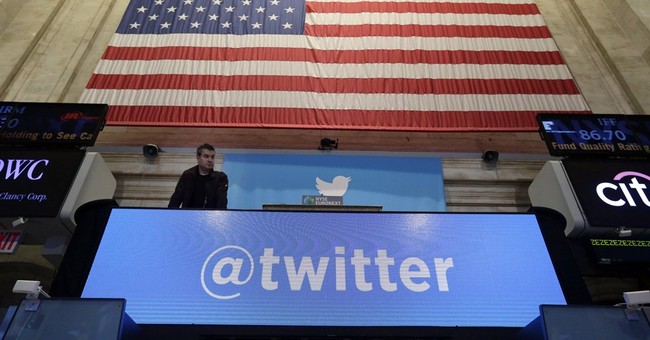 Thomas James Perkins is a stud. If he weren’t an octogenarian, I’d ask for his hand in marriage because he courageously and eloquently defends free market capitalism.

Last week, the Wall Street Journal published a three-paragraph op-ed by Perkins in which he defended free market economics. The liberal media, especially the Silicon Valley tech blogs, went up in arms. HOW could he have the audacity to defend capitalism?!

Perkins basically expressed disappointment in “a rising tide of hatred of the successful,” including his ex-wife Steel. Despite the fact that she had donated millions of dollars to the San Francisco community, Perkins bemoaned that the San Francisco Chronicle continued to libel Steel as a ‘snob.’ He compared the attack against the successful one percent in America to fascist Nazi Germany’s attack on the Jews.

Valley Wag, a Gawker Media gossip blog about Silicon Valley celebrities, called Perkins’s op-ed: “one of the most disgustingly tone deaf statements on class tensions we've ever seen.” Media Bistro was appalled WSJ had the gall to “allow” Perkins to voice his opinion. Salon used imagery to compare Perkins to a villain in the movies. And on and on.

It’s interesting how quick these bloggers were to attack a capitalist. After all, most of them probably idolize one of the biggest free market entrepreneurs of all time: Steve Jobs, the late co-founder of Apple. If they took the time to read Walter Isaacson’s terrific biography of Jobs, they would learn that Jobs was a capitalist, not a socialist.

Perkins has a point. Progressives are looking for a fight; an unreasonable and puerile war against self-made success. Remember how on the 2012 campaign trail, Obama said: “If you’ve been successful, you didn’t get there on your own.” And remember how he said the same thing but in a different way last week during his 2014 State of the Union address?

Inequality has deepened. Upward mobility has stalled. The cold, hard fact is that even in the midst of recovery, too many Americans are working more than ever just to get by; let alone to get ahead. And too many still aren't working at all. So our job is to reverse these trends.

Since he can’t blame Bush any longer, Obama is now trying to blame his historically slow recovery on the greed of the rich who cling to their profits, while offering a “solution” of more government intervention. In fact, Obama has had five years to reverse the trends of rising poverty and unemployment.

His “new” ideas sound exactly the same as those he peddled back in 2008. For example, during the 2014 SOTU, Obama said: “one of the biggest factors in bringing more jobs back is our commitment to American energy.” Oh, really? Well then why hasn’t he approved the northern leg of the Keystone XL pipeline? Keystone XL could mean thousands of jobs and it would help the U.S. move away from dependence on Middle Eastern oil.

The U.S. State Department has thrice indicated that the XL pipeline is environmentally safe, but apparently that is not good enough for Obama. He’d rather tell the American public during his SOTU that “solar” holds the future for American energy. (He conveniently forgot to name all of the solar companies that went bankrupt after receiving taxpayer dollars.)

Why do you think it’s possible for Obama to receive cheers and applause when he says: “Let's continue that progress with a smarter tax policy that stops giving $4 billion a year to fossil fuel industries that don't need it so we can invest more in fuels of the future that do.” After all, we all rely on and need energy in some way. If it weren’t for companies like ExxonMobil and Chevron, we would not enjoy the same high quality of life.

Obama can get away with attacking big oil because he is not interested in telling the truth. With a complete straight face, he exaggerates the potential of solar. Without a twinge of guilt, he encourages Americans to envy the rich instead encouraging them to work harder and aspire toward their own self-made success.

We need more men and women like Tom Perkins who are willing to speak up and defend the truth about economic freedom. Remember: sticks and stones can break your bones but the words of a progressive can never hurt you.