Where Is John Galt? 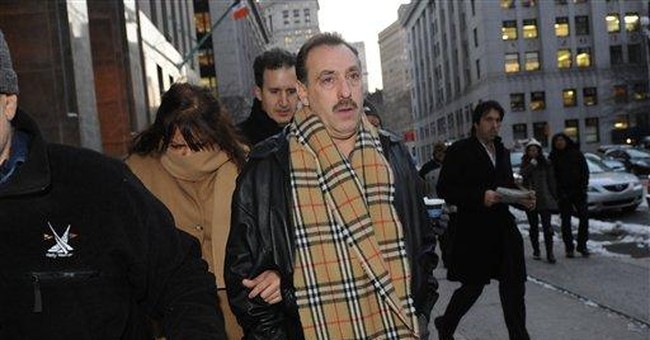 Where is a man who can save us? A man of virtue and action who can rebuild our economy and culture? We must find a true-to-life John Galt.

I think America’s best shot at economic recovery and restoring constitutional freedom is to nurture men and women who emulate the virtues of John Galt, a hero in Ayn Rand’s magnum opus novel, Atlas Shrugged. Galt is a man of unparalleled virtue, intelligence and action in a fictional U.S. economy that is eerily identical to the present-day U.S. economy.

Galt is an American inventor who lives and breathes his philosophy: “I swear—by my life and my love of it—that I will never live for the sake of another man, nor ask another man to live for mine.” What Galt means is that he will earn happiness through his virtues of: “…rationality, independence, integrity, honesty, justice, productiveness, pride.”

In Atlas Shrugged, college professors, state scientists and government bureaucrats advocate “shared sacrifice” which is code for theft, lust and brute force. In the novel, most American citizens choose short-term pleasure and a false sense of security over the truth, enabling the government to turn against productive entrepreneurs.

The government annihilates private property rights and passes regulations like the “Anti-dog-eat-dog Rule” that outlaw basic competition and free trade. The scientific community becomes a branch of the government (much like today’s situation with Obamacare, the HHA, the EPA and socialized green tech). And Americans who once drove cars are soon driving covered wagons.

The U.S., as depicted in Atlas, is similar to today’s reality where Americans are increasingly falling for the government’s anti-wealth mantra. Pew reports as of July 16 that: “By two-to-one (44% to 22%), the public says that raising taxes on incomes above $250,000 would help the economy rather than hurt it...[even among Americans who identify themselves as ‘Republicans,’ only a minority of] 41% say this would hurt the economy…”

And, like the government stooges in Atlas, our President is telling Americans that he will make business owners pay more taxes and this will somehow create jobs. Obama recently pitched his plan at a July 13 campaign stop in Roanoke, VA: “If you’ve been successful, you didn’t get there on your own. You didn’t get there on your own. … If you’ve got a business, you didn’t build that! Somebody else made that happen!”

What Obama failed to mention is that entrepreneurial Americans will not stick around and pay the highest effective corporate income tax rate in the world (a federal/state integrated rate of 39.2 percent). The U.S. government is even threatening foreign banks that allow wealthy Americans respite from our high tax rates. Beginning in 2012, “Foreign banks that once offered secrecy will have to report on their U.S. clients or else face 30% fines on their U.S. investments…” reports TIME Magazine.

Well, self-made entrepreneurs are packing up and saying, “See ya, Uncle Sam!” Think billionaire co-founder of Facebook Inc., Eduardo Saverin who renounced his U.S. citizenship in May to become a resident of Singapore. And Saverin is not alone. TIME reports that a record numbers of American citizens (1,788 individuals in 2011) are relinquishing their U.S. citizenship.

In Atlas, entrepreneurs flee to Galt’s Gulch—an isolated community where “men of the mind” go on “strike” and refuse to use their talents to advance socialism. Let’s prevent our country from heading toward this scenario—where we lose our best and brightest, as well as our freedom.

So what does America need to do in order to attract and retain the ‘John Galt’ types who will save her economy and culture? Here are my suggestions:

1.) Take Galt’s advice and “…start by abolishing all income taxes.”

2.) Stop devaluing the U.S. dollar. Rand describes an economy that is much like ours: “The wads of worthless paper money were growing heavier in the pockets of the nation, but there was less and less for that money to buy. …the printing presses of the government were running a race with starvation, and losing.” Galt tells the government, “…there are no funds behind your blank check.”

3.) Never believe force will inspire entrepreneurs to innovate. Galt tells government bureaucrats that an entrepreneur under force will “become a robot.”

4.) Let entrepreneurs produce. Consider adding Rand’s phrase to the Constitution: “Congress shall make no law abridging the freedom of production and trade…”

5.) Live the philosophy of thinkers like Rand, Aristotle, Aquinas, Madison, Hamilton, Thoreau and Locke. We cannot simply etch profound ideas into D.C. monuments and then forget about them.

Next week, I will continue this discussion. Meanwhile, I encourage you to read Atlas Shrugged.

The Coma Before the Storm
Townhall
President Biden uses NATO summit to tell the world the Republican Party is diminished in numbers and fractured in leadership
Twitchy
The Biden European Chaos Continues: Biden's Brain Breaks in the Middle of Press Conference
Redstate
BREAKING: The Babylon Bee Scores a Major Victory Over The New York Times
PJ Media