A Vote for Becker is a Vote for EFCA 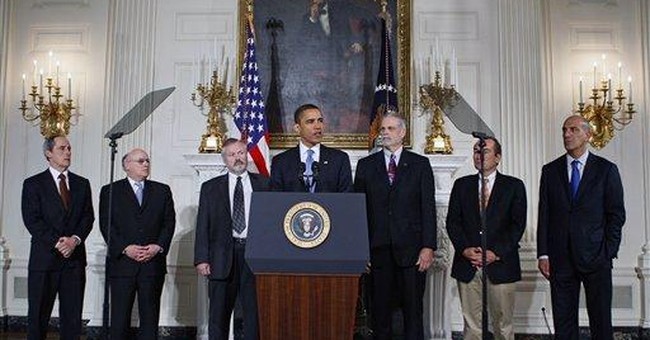 While the conversation in Washington, D.C. often focuses on who’s up and down, the discussion in towns and cities across the country is about one thing, jobs. And the small business owners who create the vast majority of jobs in our country quietly struggle to meet payroll each week in an incredibly challenging economic environment.

The frustration of these employers – and that of their employees – rests with their elected officials in Congress who fail to comprehend the stress and strain small businesses are under.

That lack of understanding was on clear display this past week with the nomination of Craig Becker to the National Labor Relations Board (NLRB). Becker is a long time labor strategist and attorney for the Service Employees International Union (SEIU) and American Federation of Labor and Congress of Industrial Organizations (AFL-CIO).

While many Americans may not be familiar with it, the NLRB serves a critical function in industry. It governs relations between unions and employers in the private sector and ensures that both adhere to the National Labor Relations Act.

Therefore, a nominee to this agency must be carefully scrutinized. And the reality is that Becker’s record should disqualify him from being seated on the NLRB.

According to his own writings and public comments, Becker fervently believes that employers should have no say, no rights whatsoever in the unionization process. He even thinks that federal policies shouldn’t acknowledge the rights of workers and small business owners, only those of Big Labor. In short, he believes that America would be a better place if every worker was in a union.

By any objective or reasonable standard, Craig Becker is a labor radical who would force unionization on Americans. The result of Becker’s actions would be billions of additional dollars in increased union dues flowing to his superiors at the SEIU and AFL-CIO. And in return, Members of Congress doing Big Labor’s bidding would be rewarded with campaign contributions and other political gifts.

Needless to say, Becker is a chief advocate for the job-killing Employee ‘Forced’ Choice Act (EFCA). He would say and do just about anything to have the opportunity to impose through NLRB action some of the worst components of EFCA, like the elimination of the secret ballot in organizing elections and allowing government arbitrators to mandate contract terms on employers and employees alike without their consent. The result of these actions would be as many as 600,000 lost jobs with small businesses across the country closing their doors or moving overseas.

Let’s be clear, a vote for Craig Becker is a vote for the Employee ‘Forced’ Choice Act.

And if it isn’t abundantly clear what Big Labor’s intentions are, comments made this week by a friend of Becker’s crystallize the debate.

AFL-CIO President Richard Trumka’s “special assistant” Stewart Acuff wrote in Huffington Post that, “It [sic] we aren’t able to pass the Employee Free Choice Act, we will work with President Obama and Vice President Biden and their appointees to the National Labor Relations Board to change the rules governing forming a union through administrative action…”

Simply stated, Becker serves as a backdoor attempt by Big Labor bosses to institute EFCA through the executive branch. Union bosses are doing an end run around Congress because they know representatives directly accountable to voters cannot justify supporting such a dangerous piece of legislation which only serves one purpose, “payback” to Big Labor.

Craig Becker’s nomination is slated for a cloture vote this Monday. Any Senator who chooses to stand with this extreme, outside-of-the-mainstream nominee must understand that they are personally endorsing the job-killing Employee ‘Forced’ Choice Act and will be held accountable by their constituents.

As our country faces extremely high unemployment and historic debt, support for individuals who endorse policies that only result in additional job loss and further economic hardship is intolerable and will not withstand public scrutiny.