Solidarity and Inclusion A Must 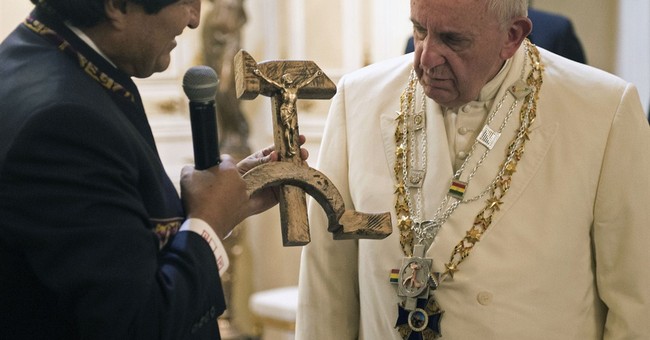 A few days ago, I was on a panel at the In Defense of Christians National Leadership Convention on Capitol Hill discussing "Building Bridges between Eastern and Western Christianity." The first question was about obstacles barring such bridges.

Reflecting on it, I started thinking about Donald Trump (it must have been the cable news in the background) -- Donald Trump is the biggest obstacle.

I don't really mean Trump himself (to his credit, he's actually talked about the plight of Middle Eastern Christians in a debate). What I mean is our limited attention spans here in the West.

We are so bombarded by so much information. And we're so easily distracted.

And so there isn't a lot of room for depth.

And so when the pope talks about hospitality to refugees, there's a sudden awareness of something deep and powerful -- spurred by an image of the body of a young boy washed up on the shore -- but without any context or understanding.

Christians have a responsibility to regard an attack on fellow Christians as an attack on their religion as a whole. We need to be telling more stories, showing more faces, profiling people who are helping.

We all need to encourage and reward good journalism about Christian persecution.

I often go back to what Pope Francis said during his first summer as pope, when he went to the Sicilian island of Lampedusa.

He said: "God asks each one of us: 'Where is the blood of your brother that cries out to me?' Today, no one in the world feels responsible for this; we have lost the sense of fraternal responsibility ... that Jesus speaks about in the parable of the Good Samaritan: We look upon the brother half-dead by the roadside, perhaps we think 'Poor guy,' and we continue on our way, it's none of our business; and we feel fine with this. We feel at peace with this, we feel fine!"

How many times a day -- especially if we live in urban centers, perhaps -- do we say "poor guy" and walk away?

The pope went on to say: "In this world of globalization, we have fallen into a globalization of indifference. We are accustomed to the suffering of others, it doesn't concern us; it's none of our business."

We are all responsible for sins of omission and commission. What are we doing? What are we not doing? If we are not examining our consciences, we are part of the problem.

The biggest obstacle is silence. The greatest barriers are indifference and ignorance.

When Pope Francis comes to America later this month, he gives us the opportunity to reflect on our lives and redeem our politics. The occasion for his visit is the World Meeting of Families in Philadelphia, the purpose of which is to help renew family life. Like the Church in Cuba, which he will visit first, the domestic church of the family is suffering throughout the world. It faces a crisis in the West, where people don't want to get married and don't know how to stay married.

Whatever religion you belong to, if any, let Pope Francis remind you of who you are. We are a people with a responsibility to others, and who can juggle more than one issue at once. There's a resolution in Congress to declare the slaughter of Christians in Iraq and Syria genocide. Urge your representative to take a look at that. And take a look yourself at relief efforts that the likes of the Knights of Columbus and Aid for the Church in Need coordinate and support. As the Syriac patriarch of Antioch put it in Washington, D.C., a few nights ago: These people feel abandoned.

The pope is visiting America so that no one feels abandoned -- even the most powerful. We need to know our power.