Human Life is Much More than a Distraction 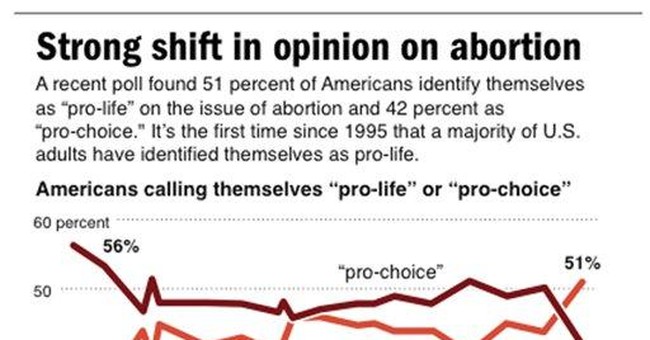 Don't underestimate the power of President Barack Obama. This White House administration marks an age of transformation -- Obama said so himself. And let's face it, D.C. is certainly changing.

"The day I'm inaugurated, the country looks at itself differently. And don't underestimate that power. Don't underestimate that transformation," then-senator Barack Obama told the National Urban League two years ago. He was talking about the historic fact that he would be the first black president of the United States, a fact greeted by bipartisan applause.

During the presidential campaign, Obama -- who once defended infanticide on the floor of the Illinois statehouse -- played moderate and told evangelical megachurch pastor Rick Warren that abortion was above his pay grade.

But Obama is now pushing a healthcare plan that in its various congressional iterations could "result in the greatest expansion of abortion since Roe v. Wade," according to the National Right to Life Committee.

This plan, and the president's record, which errs on the side of death when it comes to international abortion funding and embryo-destroying stem-cell research, aren't the only signs of a deadly change in Washington. A shameful acceptance of abortion as a fact of life is creeping into mainstream establishment culture.

Talking about abortions and Medicaid funding in a New York Times Magazine interview earlier this month, Supreme Court Justice Ruth Bader Ginsburg candidly shared: "Frankly, I had thought that at the time Roe was decided, there was concern about population growth and particularly growth in populations that we don't want to have too many of."

Her comments should have been jarring to the interviewer. There are populations we don't want to have too many of? Abortion was meant to address this desire? This didn't just warrant a follow-up that didn't happen, it should have been a front-page story, too.

Ginsburg's comments are consistent with comments made by Secretary of State Hillary Clinton earlier this year. Upon acceptance of an award from Planned Parenthood, Clinton declared: "The 20th century reproductive-rights movement, really embodied in the life and leadership of Margaret Sanger, was one of the most transformational in the entire history of the human race."

In a 1921 article, Sanger explained: "The most urgent problem today is how to limit and discourage the over-fertility of the mentally and physically defective." When Rep. Jeff Fortenberry, a Republican from Nebraska, subsequently pressed Clinton on her expressed "awe" of Sanger, Clinton compared the unapologetic eugenicist to Thomas Jefferson.

The roots of the modern-day "pro-choice" movement are real and can be seen without too much effort, but are not often discussed. It may be the hubris that comes with being the majority party in Washington that accounts for such prominent officials letting their eugenic slips show.

And it's not just a women's issue. But it is often the Gray Lady's -- the New York Times. One week after the Supreme revelation, the same Sunday insert published a piece by Princeton University professor Peter Singer, an unapologetic defender of infanticide, in defense of rationing health care. The ties that bind on the left, right out in the open.

With all this going on, it's disturbing but not surprising that the president would dismiss questions about abortion and his healthcare plan. In an interview with Katie Couric that aired the night before his dud of a primetime healthcare press conference, Obama called such questions a "distraction," -- the fate of human lives and dignity are but details to be hashed out and cast aside by politicians in a rush to socialize medicine.

His mistake was to be so dismissive just as it's becoming increasingly impossible to ignore the pro-choice movement's eugenic past. If you're pro-choice in America today you need to confront the roots of your ideology. Because it's not just the stuff of history.