Opponents Attack Rubio for Supporting Vocational Programs, But Facts Are on His Side 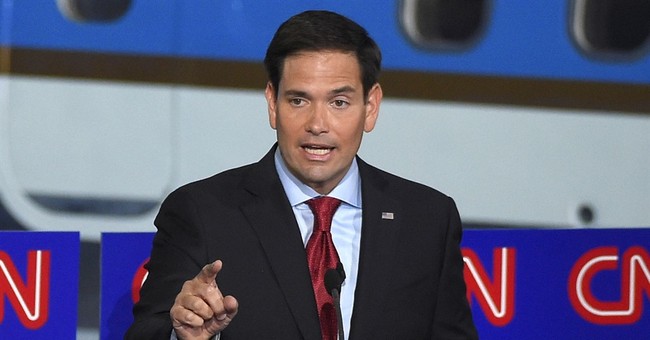 One of the most memorable moments of the November 10 Republican debate came when Florida Sen. Marco Rubio lamented the collapse of vocational training in America.

As soon as Rubio finished speaking, Twitter nearly exploded with comments praising Rubio’s assessment and comments suggesting Rubio is misguided or flat-out lying for suggesting philosophers don’t make as much money as welders.

Slate released what has become a widely used chart titled “Sorry, Marco Rubio. Philosophers Make Way More Money Than Welders Do.” The chart showed philosophy and religion teachers average a salary of more than $70,000, whereas “Welders, Cutters, Solderers, and Brazers” earned just over $40,000.

Even Dana Perino, a Fox News contributor and the former press secretary for George W. Bush, criticized Rubio (albeit very nicely), saying on Twitter, “I have to say that I am a proponent of philosophy majors—Tony Snow majored in philosophy. One of the best thinkers I’ve ever known.”

On the surface, it looks as though Rubio overstated his case about the importance of vocational programs. However, a closer look at the arguments on both sides reveals there’s much more to this story than many initially thought.

There are, however, only 23,000 jobs available for philosophy and religious teachers at post-secondary schools,

Because many professors never leave their jobs, there are likely very few jobs available for the thousands of philosophy majors who graduate each year. According to the HigherEd Jobs website, a popular site for current or aspiring professors seeking work, there are only 130 job postings for philosophy faculty out of the more than 18,000 faculty positions listed on the site.

Because there are more than 357,000 welding jobs in the United States, the data suggest there are actually more people earning close to $60,000 annually working as welders than as philosophy professors.

Perhaps even more importantly, many welding jobs come with very few training costs. Welding companies often pay to train prospective welders, while professors of philosophy have to attend a four-year college and then graduate school. Because many students incur tens of thousands of dollars, and in many cases more than $100,000, in student loan debt, the argument could easily be made that if an individual wants to earn a good salary, have low levels of debt, and be able to afford purchasing a home sooner rather later, welding is a better option than aiming to become a philosopher.

Contrary to his opponents’ claims, Rubio’s point was not that college degrees are useless or should be avoided, but rather that young people shouldn’t feel college is the only way to obtain success. Instead of discouraging young people from entering fields such as plumbing or welding, Rubio suggests it should be encouraged, because welding and other important skilled labor positions can provide good wages without incurring huge amounts of debt. On that point, there is no disputing Rubio is right on the mark.