A Rivalry of Government Hackers 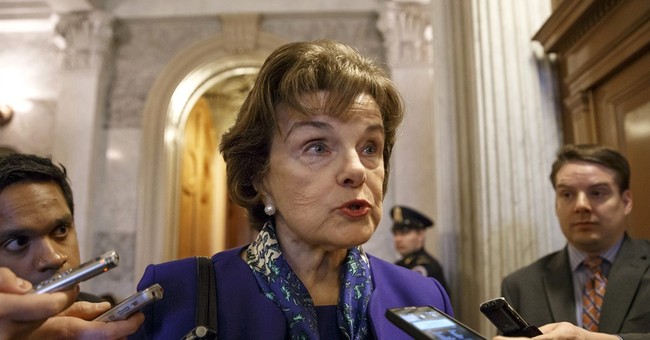 The government is caught up in another scandal in which federal agents have been accused of hacking into one another's computers.

When the CIA was established in 1947, Congress and President Truman were concerned that it might not confine itself to spying. Its sole statutory purpose was to steal secrets from foreign governments so that the U.S. would know what they were planning and could prepare for any behavior adverse to American government interests. By its nature, it was operating in secret, and because it lacked transparency, it lacked accountability. One of the statutory mechanisms to achieve accountability was to require the CIA to report to two committees of Congress, but in secret.

Over the years, as sometimes happens between regulators (the congressional committees) and the entity to be regulated (the CIA), they developed a chummy relationship. In this case, the relationship has been so chummy that at the behest of Presidents Bush and Obama the CIA has gone to the Senate and House Intelligence committees, instead of going to the full Congress, for permission to torture prisoners, kill Americans with drones and fight small-scale wars -- all well beyond the statutory mission of stealing secrets.

These are the same committees that have given permission to the National Security Agency (NSA) to spy on all Americans all the time, so we are probably justified in concluding that the committees and the intelligence agencies they supposedly regulate are more attuned to governmental power than to personal liberty.

The power of these committees effectively has established them as mini-Congresses that are unrecognized by the Constitution and are well outside its confines. The Constitution provides that "all legislative powers" are granted to Congress, not to a select few in Congress, but to Congress as a whole. This is a serious constitutional issue because Congress is mostly transparent and its members are directly answerable to the voters, yet the secrecy of these committees prevents their members from discussing what they know with other members of Congress, unless done openly on the floor of the House or Senate, which they rarely do. The mania for secrecy and the natural inclination of unaccountable governmental entities to grow rather than stabilize or shrink have resulted in the present state of affairs.

The present state of affairs has 95 percent of Congress in the dark about what the CIA is doing and the CIA getting its authority to exceed its statutory limitations from the other 5 percent. But a dispute has arisen between the CIA and the Senate Intelligence Committee over the nature and extent of the CIA detentions and use of torture during the Bush years. In February 2009, the Senate Intelligence Committee decided to investigate the CIA.

After CIA stonewalling and after learning that a senior CIA official destroyed much evidence of torture, the Senate Intelligence Committee insisted on examining the CIA's secret files to learn what it did to those prisoners in its custody and what evidence was destroyed. Torturing prisoners and destroying government records are federal crimes. In order to facilitate the Senate investigation, the CIA was instructed to make its records digitally available to investigators, which it did at an unmarked subterranean facility in Virginia.

There, investigators have spent many months looking at CIA computer records of its Bush-era interrogation procedures. In the course of doing so, they learned that their computers in the CIA's secure facility -- the ones they were using to examine CIA files in the subterranean room -- were hacked. It appears to the Senate investigators that the hackers were CIA agents wanting to learn what the investigators found out about them. The CIA counters that the investigators actually hacked into CIA computers when they examined far more materials than the CIA had agreed to make available.

This is more than a schoolyard brawl. This is the unbridled and likely unlawful use of government computers and classified materials by CIA employees trying to dampen the enthusiasm of their regulators, or by Senate investigators accessing classified materials to which they may not be entitled. Either way, this is a violation of the Fourth Amendment's prohibition of warrantless searches and seizures. Any other persons who did this would be indicted for hacking. Because all of this is so secret, we don't know whether the Department of Justice is looking into who broke what laws.

But we do know that like its cousin the NSA, the CIA often acts above the law. It does so knowing that indictments for torturing, destroying evidence or computer hacking are unlikely, as any trial would expose the depths of this skullduggery, the unconstitutional system of mini-Congresses and the secrets these employees are trying to keep from their employers -- the American people.

In a democracy, the government must be accountable to the people it serves. Secrecy and accountability are enemies. The natural right to know what the government is doing means that secrecy must be minimized. A Congress that rubber-stamps what secret agents want it to do by a secret procedure is a dangerous mix that will impair personal liberty in a free society.