The Current Recession versus the Great Depression 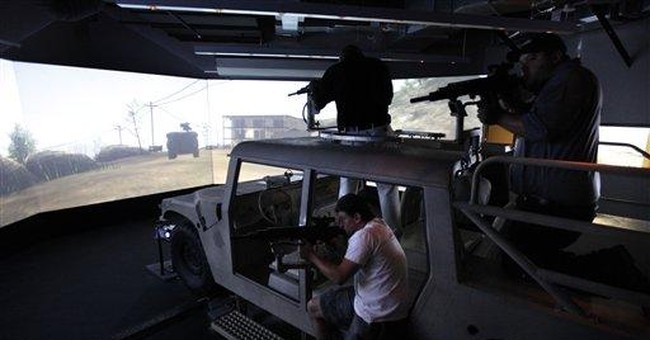 The economy's mild second quarter contraction has many proclaiming the recession over. Now is therefore a good time to survey the current recession so frequently compared to the Depression. It's natural to ask: how do these economic heavyweights measure up?

The stock market has been a constant reminder of the recession’s impact – auguring its arrival to the rest of the economy. From its peak, the recession has shaved over half, 53.8%, from the DJIA. Still, the Depression took this much further, slicing 89% from the DJIA's pre-Depression peak. To put that into context, the current DJIA would have to reach 1,558 (it's about 9,300 now) to equal the Depression’s contraction. Advantage: Depression.

The final economic variable is the number of bank failures. The current recession has distinguished itself as a financial crisis triggering an economic one. According to the FDIC, 120 banks have failed since the current recession began. Of course, the Depression was similarly defined – recall It’s a Wonderful Life. According to a 2005 report by John Walter of the Richmond Federal Reserve Bank, in 1933 just over 4,000 banks failed in the U.S. and from 1930-33, the number of failures averaged 1,700. Advantage: Depression.

When it comes to spending, the Depression is a budgetary bantam weight in the modern era. The Depression topped out at 12% of GDP in 1941 – this, 12 years after the Crash and including the pre-War military build-up as well. The current recession, just a year and a half long, has already reached 26.1% of GDP according to the latest Congressional Budget Office baseline. Advantage: Recession.

The same mismatch applies to the level of taxation. The Depression saw federal revenues reach 7.6% of GDP in 1941. The recession, even absorbing a sizeable shot from the weakened economy, still will claim 14.9% of the economy in revenues this year, according to CBO estimates. Advantage: Recession.

The final fiscal variable, the deficit, is a knockout. The Depression’s federal deficit peak was 5.9% of GDP in 1934. The current recession is estimated to hit 11.2% of GDP this year. Advantage: Recession.

Like all sports, measuring current competitors takes a relatively short time. Sure, in certain instances, a contest’s outcome can be debated repeatedly. However, the real debates – the ones that are never decided – arise from the contests that never took place. They are those that would, if only time did not separate them, pit champions of different eras. How would Dempsey have fared against Ali, Louis against Marciano? We forever wonder how one’s strengths would have exploited another’s weaknesses.

In the "debacle of the downturns," to name this economic bout, each is decidedly focused. The Depression hit the economy harder and longer than the recession has thus far. The recession on the other hand, has struck with a lightening jab to the budget that the Depression in its 11-year duration was never able to summon.

As with all imaginary bouts, we are left with forever debatable, but never resolvable, questions. Two jump out clearly here. What would have been the economic reaction 80 years ago to the current recession? And what would have been today’s fiscal response to the real Depression?