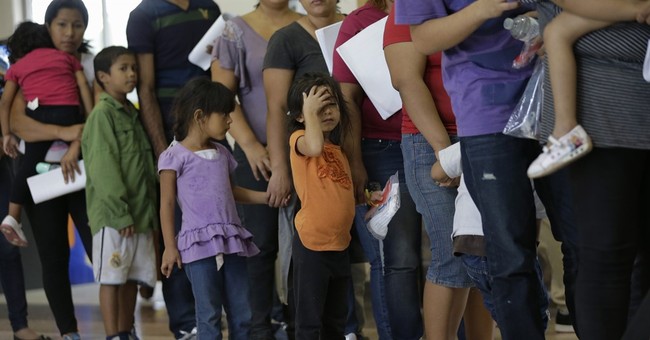 How would you feel to be uprooted from family, friends, people who share your culture, language and religion and be shipped half-way across the world to a huge and confusing land? Such a disorienting future would understandably hold many terrors for the already terrified Syrian asylum-seekers. It would be far more compassionate to settle the refugees fleeing Assad’s cruelty and the murderous rampage of the Islamic State in a safe zone near the homeland where their families have lived for centuries.

Last July the American and Turkish governments agreed to establish just such a haven where refugees could shelter in northern Syria near the Turkish border. According to a July 28 New York Times article, “Turkey and the United States agreed on a plan that would create what officials are calling an Islamic State-free zone, which the Turks say could also be a ‘safe zone’ for displaced Syrians.”

The Times goes on, “’Details remain to be worked out, but what we are talking about with Turkey is cooperating to support partners on the ground in northern Syria who are countering ISIL,’ a senior Obama administration official said, using another term for the Islamic State. ‘The goal is to establish an ISIL-free zone and ensure greater security and stability along Turkey’s border with Syria.’”

Similarly, the Washington Post reported on July 26 that “Turkey and the United States have agreed on the outlines of a de facto ‘safe zone’ along the Turkey-Syria border under the terms of a deal that is expected to significantly increase the scope and pace of the U.S.-led air war against the Islamic State in northern Syria, according to U.S. and Turkish officials.” Some papers even published maps where the proposed safe zone would be located.

But then just days later the Obama administration went into full dither mode. In a denial reminiscent of the president’s famously dizzying about-face in backing down from his fake-fierce “red line,” Obama officials denied such a haven had ever been contemplated.

According to Bloomberg, in a conference call with reporters “three senior administration officials made it clear that there are no U.S. plans for a safe zone, a no-fly zone, an air-exclusionary zone, a humanitarian buffer zone or any other protected zone of any kind.”

Now you see it, now you don’t: pfft. I am not a foreign policy expert, unfortunately a status I share with Mr. Obama, but I’d wager that someone in officialdom noticed that the Turkish agreement might indeed increase “the scope and pace of the U.S.-led war.” Epic no-no. Obama only wants the kind of war guaranteed never to kill anybody, and that’s not an expanded war. At heart, this man is an unreconstructed left-wing pacifist who happens to command the most powerful fighting force the world has ever known.

It could also have occurred to the know-nothings with whom the president surrounds himself that if you put tens of thousands of refugees in a safe place, they’re only as safe as the air space above them. Enter the no-fly zone, that anathema concept from which the president flees screaming.

Although he launches poison-gasbag attacks on Republicans for abandoning American values because we want realistic vetting of Syrian refugees, it is Mr. Obama who has violated our nation’s morals by leaving Iraq to these brutal thugs after shedding America’s blood and treasure there. It is Mr. Obama who still stubbornly downplays the threat from radical Islamists and mocks the Republicans who believe his own FBI director and Homeland Security chief who say there’s no practical way to know which refugees are terrorists because there is no database on them. It is Mr. Obama who insists Syrian refugees pose no more significant threat than your average tourist. His assertions are truly fantastical.

Far from being selfish monsters who reject the needy stranger, America admits more legal immigrants than all the nations in the world combined. We are also the most generous nation on earth. In a tsunami, earthquake, or any other catastrophe, our ships and planes are the first to arrive with food, medical supplies, and all manner of humanitarian aid.

If Mr. Obama is serious about his great concern for the Syrian refugees he should use the coalition-creating genius he brags about to help them. He should bring together the nations of the region to fund and establish a safe zone for the Syrian homeless, a protected haven close to the communities and the culture they know. For their share, Iran could use some of the $150 billion Mr. Obama is releasing to them as part of the nuclear deal. Then when the violence in their nation subsides, the refugees can return to rebuild their neighborhoods, shops and jobs instead of being a world away, a new world where they may be less than welcome.

But it’s much less daunting for the president to stand at a podium in a foreign land and accuse Americans of compassion-deficiency than to actually step up and do something about the refugee crisis for which his chaotic lack of policy is largely responsible. The president famous for touting his charm offensive should turn it on these Middle East leaders; he becomes merely offensive when he instructs Americans on our values.

Enough with his hectoring inanities insisting “this is not who we are.” This is who we are Mr. President: Americans whose first priority is protecting our families, our communities and our nation. Give it a try.