How Republican Candidates Should Answer the “Life of the Mother” Question 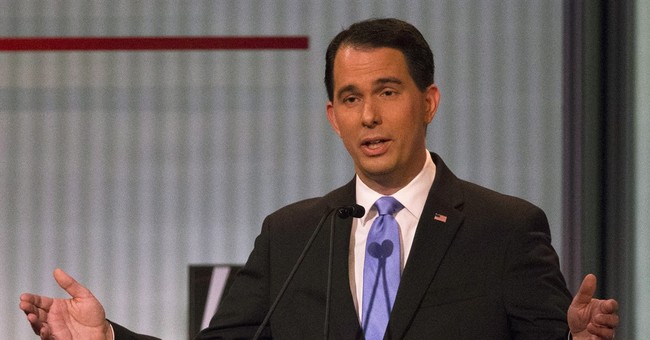 When Megyn Kelly in the Fox GOP debate asked Wisconsin Governor Scott Walker if he would “really let a mother die rather than have an abortion” I could actually hear the salivating of the inquisitors who will occupy her chair in upcoming debates. This will be the next question topping their lists: “How about if that woman is your wife, Governor?” Stay tuned for each and every pro-life Republican candidate to be up against this question in the press as well as the debates.

Historically, this kind of query and others concerning abortion and women’s reproductive health have been fumbled by GOP contenders, and Democrats have gleefully seized upon their awkwardness to fuel their fake war on women and overwhelmingly capture the votes of single females in recent elections.

First, GOP candidates’ firm, unequivocal answer to the question must be: “Realizing that this medical circumstance is extremely rare, of course the mother would be saved.” Period.

It’s way past time for Republican candidates to deprive Democrats of the abortion issue once and for all. With fewer abortions taking place since the advent of ultrasound technology that shows the living, thumb-sucking child within the mother, there’s also less need for an authoritarian approach from the GOP.

Anti-abortion activists insist that this is a moral question. But that’s the very reason why the government absolutely must not be involved. The very grave and traumatic decision about whether or not to have an abortion should be made by the woman, her God, and her doctor, not by the state. And ideally, the baby’s father would also have a say.

As a Republican activist, when I’m asked about my opinion on abortion, I say I’m pro-choice but anti-abortion. Forty-three states have passed laws that agree with my personal qualifiers, banning abortion after “fetal viability” variously defined as between 20 and 24 weeks. Many of my Republican woman friends are also pro-choice while deploring abortion, and they’re not just Millennials. Whatever their age, they are strong competent women who won’t be dictated to. If Republican candidates would take up our position, they could defang the Democrats’ war on women as well as retaining their valuable pro-life supporters.

Perhaps reflecting the growing strength of the pro-choice/ anti-abortion view, the last few years have seen abortions drop markedly while at the same time in a seeming contradiction, the percentage of women supporting choice has risen. A May 2015 Gallup survey found Americans chose pro-choice over pro-life for the first time in seven years, 50 percent to 44 percent. The trend is especially significant among women, who leapt 10 percentage points in three years, from only 44 percent pro-choice in 2012, to 54 percent in 2015 according to Gallup. At the same time, men lagged behind with only 46 percent supporting choice in 2015. The laggards in the guy camp cause grumbling among women who are very much aware they’re the only ones who have a uterus in this fight.

If a Republican candidate won’t or can’t in conscience go the pro-choice/anti-abortion route, he can still defeat the Democrats’ war on women assault by stressing that these are his personal views only and no president ever has or ever will have the power to make decisions on the life or death of women or their babies. Anyone who paid even minor attention in high school civics class knows the congress, not the president, makes the laws. Until this president, of course.

Obama has demonstrated to Americans ad nauseam that he has but to wave his magic POTUS pen and presto, his executive orders radically change immigration laws, Obamacare, and whatever else stands in his way. No wonder women may think a pro-life president could actually be able to issue an edict to save babies and let the moms die, or to force us to have some rapist’s baby. That can’t happen.

Third, candidates must point out that this is a preposterous fear generated by desperate Democrats. In reality, women’s abortion rights have been guaranteed for over 40 years, settled law decided decades ago by the Supreme Court in Roe v. Wade. No Congress will ever pass a law choosing an unborn baby’s life over the living mom’s. And if somehow it did, the Supremes would doubtless overrule it.

Lastly, the candidate should boldly call out the Democrats for what they are: dishonest politicians who exploit women by inventing fantastical fears to convince them Republicans will rob them of birth control and abortion rights. They manipulate women emotionally in a contemptible way, and they do it for votes. It’s really a form of psychological terrorism. Men who care about women don’t try to control them with fabricated fears and emotional bullying; rather, these are the very tactics used by the worst abusers of women.