Jonah Goldberg
|
Posted: May 10, 2017 12:01 AM
Share   Tweet
The opinions expressed by columnists are their own and do not necessarily represent the views of Townhall.com. 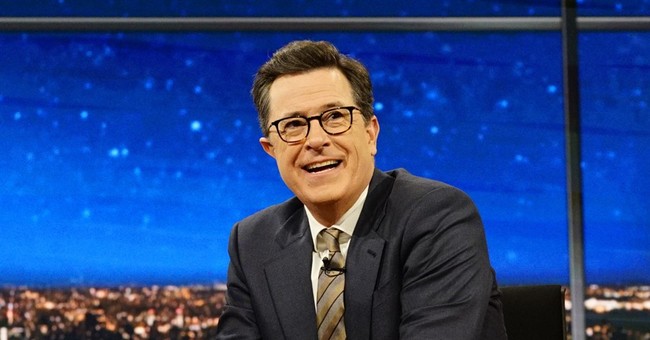 A great deal has been said about Donald Trump's violations of "democratic norms." I agree with much of it.

But the big problem with violating democratic norms -- the unwritten customs and practices even political opponents traditionally abide by -- is that once you've done it, everybody else wants to do it, too. This makes everything worse, because when the people most offended by Trump's violations respond in kind, they not only contribute to the problem, they create incentives for Trump and his biggest supporters to keep doing it.

For example, the outgoing Obama administration was horrified by the prospect of being replaced by the Trump administration. The exact details have yet to be revealed, but it seems that some in the old guard may have violated norms about "unmasking" the identities of certain individuals, and they certainly violated norms by leaking various highly classified details to the press. In response, Trump claimed vindication in his claims that he was wiretapped.

A better example might be Stephen Colbert, host of "The Late Show" on CBS. He has found a sweet spot in the ratings as a leading voice of the anti-Trump "resistance." That's fine. TV is a niche business these days, even at the broadcast networks. But last week, Colbert's animus toward Trump's crudeness got the better of him. Suffice it to say that if you want to condemn a president for his incivility, you squander some credibility when you describe the president of the United States in a lewd act with a foreign dictator.

The most acute example of the problem, however, is working its way through the courts. During the campaign, Trump outrageously and ridiculously called for a "total and complete shutdown" of Muslims entering the United States. He justified the ban on the campaign trail with lots of incendiary statements.

One of his first acts as president was to sign an executive order suspending entry into the U.S. by residents of seven countries for 90 days. It empowered government agencies to allow for exceptions on a case-by-case basis.

The order, which was immediately blocked by federal courts and ultimately rescinded, was a sloppy piece of work. But it wasn't a Muslim ban. The vast majority of Muslims live outside of those seven countries and were unaffected by it.

In March, Trump issued a second "travel ban" executive order to take into account some of the legal and political objections to the first. Iraq was dropped from the list, for example.

That order, too, was blocked by judges. The 4th Circuit in Virginia heard arguments in the case Monday.

Reasonable people can disagree with the policy merits of the ban, legally, morally, politically and strategically. But what I find troubling is the way various judges have taken to acting like pundits weighing in on Trump's campaign rhetoric. For instance, Hawaii Judge Derrick Watson of the 9th Circuit responded to the idea that Trump's past utterances are irrelevant with this preening statement: "The court will not crawl into a corner, pull the shutters closed, and pretend it has not seen what it has."

Historically, paying such deference to political rhetoric is highly irregular. The motivations of politicians, real or perceived, are not normally given any weight and virtually never disqualify legal language "between the four corners of the page" -- the text of the executive order itself, in this case.

If you're a student of history, you might have noticed that even before Trump, candidates often promised grandiose, irresponsible or silly things on the campaign trail. Once elected, they discover they can't deliver.

And that's a good thing. This is how democratic norms, formal and informal, are supposed to work.

Barack Obama was once a vocal fan of single-payer health care. Imagine the outrage if judges ignored the text of Obamacare and invalidated it on the grounds that his campaign rhetoric proved his real intent.

In Monday's hearing, a lawyer for the ACLU conceded that if a hypothetical president -- Hillary Clinton or someone else -- had issued the same executive order, it could be constitutional. But Trump makes it unconstitutional. That's nuts.

I don't blame judges or anyone else for being disgusted with Trump's rhetoric. But judges aren't comedians or pundits. Their job is to follow the law.

Trump doesn't help by referring to his executive orders as a "ban" (so as to pretend he's fulfilled a promise he could never keep). But the reality is that he abandoned the ban from the get-go. When judges pretend otherwise to prove their "wokeness" they undermine democratic norms even further. And they give Trump and his boosters one more reason to screech that the courts are biased against him.