Republicans Are Finding it Hard to Play Defense

Jonah Goldberg
|
Posted: Mar 22, 2017 12:01 AM
Share   Tweet
The opinions expressed by columnists are their own and do not necessarily represent the views of Townhall.com. 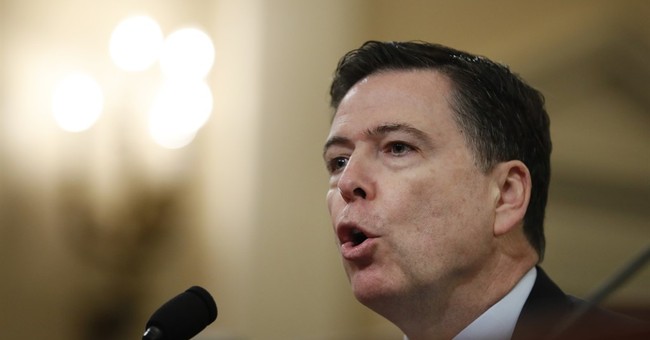 Monday's House Intelligence Committee hearing, billed as the first public inquiry into Russia's election meddling, was a spectacle with an obvious lesson: Offense is easier than defense.

House Republicans had a good time investigating the Obama administration. How successful those investigations were is a debate for historians. But the fact remains they had the whip in hand, while the Democrats were held hostage to the political necessity of defending the administration. The GOP still has the majority, but it must now protect the administration -- run by a president who doesn't always make that task simple.

The Republicans are correct that the leaks should be an enormous scandal, particularly given the often hysterical arguments about the government's intrusions into American privacy over the last 15 years. Leaking a president's conversations fundamentally undermines the ability of the president -- any president -- to talk frankly with foreign leaders, especially our allies. That's a huge story.

But moving headlines in that direction was a tall order. The GOP's leaky strategy took a hit when FBI Director James Comey broke protocol (again) to confirm that there is indeed an active investigation of "any links between individuals associated with the Trump campaign" and the Russians. Doubling down on bad news for the GOP, Comey and National Security Agency Director Mike Rogers refuted the president's claim that he was bugged by the Obama administration or British Intelligence.

If the Republicans thought the media would take the bait, they were deluding themselves.

First, as a practical matter, the media love leaks, believing they're an indispensable part of a functioning democracy and the bread-and-butter of their vocation. Even if these leaks weren't damaging to an administration the media clearly loathe, most mainstream journalists wouldn't help the Republicans make leaking the main issue.

More important, Russia's meddling, despite all of the gossip and misinformation swirling around it, is also a major story -- and a much sexier one. Democrats could hardly contain their partisan glee when talking about Russian chicanery or speculating about possible Trump campaign cutouts like the infamous political henchman Roger Stone.

The White House clearly hoped the hearing would help close the Russian chapter. Trump even tweeted Monday morning that the whole controversy was "made up" by the Democrats. But it seems unlikely that the FBI would be investigating a fabricated story.

Rather, Monday's hearing should be seen as further evidence that Russia's meddling is bearing fruit.

The intelligence community has concluded that Russia only belatedly wanted Trump to win. The Russians' first priority -- as it is in elections throughout Europe -- was to undermine the legitimacy of the democratic process and to sow chaos in the West.

In this, they have succeeded.

Russian meddling led to then-candidate Trump's celebration of it during the campaign -- "I love WikiLeaks!" -- which led to illegal partisan leaks, which led to Trump accusing his predecessor of "wiretapping" Trump Tower and then suggesting that the British did the spying for us. The ensuing chaos required Comey, at the hearing on Monday, to break protocol and divulge that an investigation is taking place. It's like the "Chicago way" applied to democratic norms. Once one side starts violating them, everyone feels justified in doing likewise.

It's embarrassing to have the heads of the FBI and the NSA -- never mind congressional leaders in Trump's own party -- nod to Russian power and publicly refute numerous incendiary presidential claims.

Nothing about any of this is normal.

My hunch is that some of Trump's henchmen were involved in skullduggery with WikiLeaks and other proxies for Russian intelligence (which may explain why some were fired). But even if no one did anything wrong, the United States clearly needs to take Russia to task -- which won't happen if the party in control of Congress focuses exclusively on leaks.

The challenge for the GOP in the months ahead will be to figure out how to play more than just defense.