Denationalizing Our Politics Would Help Draw us Together

Jonah Goldberg
|
Posted: May 04, 2016 12:01 AM
Share   Tweet
The opinions expressed by columnists are their own and do not necessarily represent the views of Townhall.com. 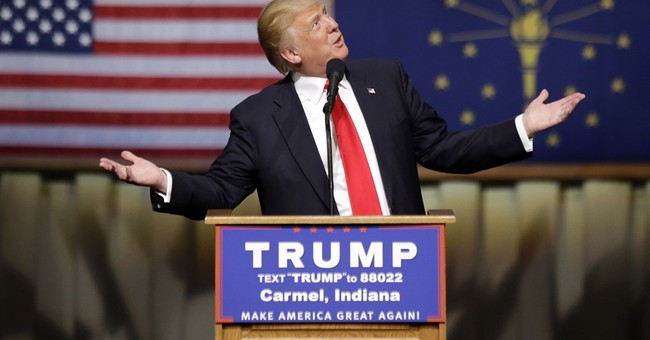 Nationalism and socialism are in full gallop in America today while conservatives are without a horse.

Donald Trump almost never uses the language of traditional American conservatism, with its emphasis on classically liberal notions of limited government, constitutionalism, individualism and free trade. He prefers to talk about "strength" and "winning" while vowing to restore the "greatness" of yesteryear through his indomitable will.

Meanwhile, the Democratic Party is embracing socialism. Hillary Clinton doesn't call herself a socialist the way her tormentor-competitor Bernie Sanders does, but Sanders has not only pulled her to the left, he's revealed the heart's desire of the activist base of the party. Still, even without Sanders' influence, Clinton's worldview was always that of top-down technocracy.

Indeed, this is what unites Clintonism, Sandersism and Trumpism: the idea that the government in Washington is too weak. Get the right person in the White House and they'll fix all our problems by bringing the malefactors to heel. They also all believe, as Trump says about health care, that the federal government has to "take care of everybody."

All of these ideas and impulses have popular support. Millennials, recent polls show, are remarkably cool to capitalism and dismayingly receptive to socialism. The demographic base of the GOP -- older white voters -- agrees with Trump that entitlements should be left alone.

Much of the emotional strength of these appeals rests on the notion that America should be one large national community. (See Clinton's book, "It Takes a Village.") This, too, is Barack Obama's worldview, on display since his 2004 Democratic convention speech about moving past red states and blue states. Obama's second inaugural described a country in which the only two relevant actors are the individual and the state, with no institutions in between.

Given the hollowing out of civil society -- caused by family breakdown, economic dislocation, declining volunteerism and church attendance, and the growth of the welfare state -- documented by social scientists like my American Enterprise Institute colleague Charles Murray and Harvard's Robert Putnam, it shouldn't be surprising that millions of Americans are looking to Washington for the sense of community traditionally found closer to home.

Still, these visions leave millions of traditional conservatives and committed libertarians without a natural home in either major political party.

Leaving aside the question of tactical voting to keep Clinton from wrecking the Supreme Court, the challenge facing conservatives and libertarians is larger than Trumpism.

Yuval Levin points to a solution: denationalize our politics.

Levin, the editor of National Affairs, argues in his brilliant new book "The Fractured Republic: Renewing America's Social Contract in the Age of Individualism," that both parties are besotted with nostalgia for the mid-20th century. Conservatives tend to stress the social cohesion of 1950s America (or its seeming renaissance under Ronald Reagan), while liberals yearn for the economic security of the 1960s. Although they have different goals, leading Republicans and Democrats alike want to go back to the way things were -- and they think they can take us there from Washington. Trump says he'll cut deals in the Oval Office that will make America great again; Clinton promises "universal" everything (education, retirement, health care) to restore the American Dream.

Levin argues that this is folly. The institutions that work best in 21st-century America are those that give us choices. No one simply lives in the United States of America. We live in Peoria, Harlem and Seattle. The virtues built close to home, Levin argues, are those that make us good citizens and ultimately draw us together.

What would be so terrible about letting diverse communities decide how they want to live and spend their tax dollars? The culture wars would still rage, but at least the winners would have to look the losers in the eye. As it stands now, the federal government, mostly through unelected judges and bureaucrats, thinks it can best determine how more than 300 million people should live.

The cure for powerlessness is power, not ceding even more of it to Washington. This is the only way to cut the Gordian knot choking our politics, and the best path forward for opponents of statism -- in all parties.