Clintons are in No Position to Surf the Populist Wave

Jonah Goldberg
|
Posted: Apr 01, 2016 12:01 AM
Share   Tweet
The opinions expressed by columnists are their own and do not necessarily represent the views of Townhall.com. 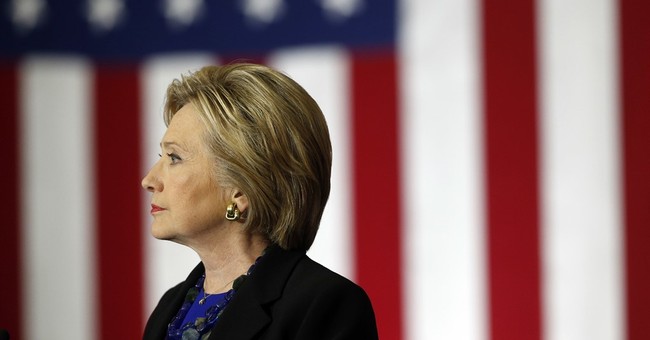 With apologies to Buffalo Springfield, there's something happening here. What it is ain't exactly clear.

Here's Bill Clinton in Spokane, Washington, making the pitch for his wife last week: "But if you believe we can all rise together, if you believe we've finally come to the point where we can put the awful legacy of the last eight years behind us and the seven years before that ..."

The awful legacy of the last eight years? That'd be a strange thing for any Democrat to say, but it's particularly odd given that Hillary Clinton has made it abundantly clear that she's running for a third Barack Obama term.

Last year, she loved telling voters that she wasn't running as a continuation of Obama. But that was before Bernie Sanders ignited a left-wing populist backlash against the status quo. Unable to get to Sanders' left -- understandable, given that it would require embracing Bolshevism -- Clinton was forced to defend the administration she worked for.

Also, as has been widely reported and dissected, Clinton's strategists concluded months ago that she had no choice but to embrace Obama and his policies, because Obama is popular with precisely the voters Clinton needs in order to assemble a winning coalition. These voters may think the country is on the wrong track, but they don't blame Obama for it.

That's one reason why Team Clinton has charged, sometimes hysterically, that Sanders is somehow attacking the president when he says, for instance, that Obamacare doesn't go far enough. The Clintonistas touted the fact that Sanders blurbed a book by left-wing writer Bill Press critical of Obama as if it were a confession of treason.

But now comes the former president attacking the Obama record head-on. The Spokane speech wasn't a fluke. Bill has also taken to explaining that the real reason this election is so crazy is that 80 percent of the American people haven't gotten a pay raise since the crash."

No doubt he wouldn't put all the blame on Obama, but that's some odd messaging for a campaign looking to run on "four more years."

One obvious explanation is that the Clinton team has come to grips with the fact that the Sanders and Trump insurgencies are two faces of the same larger phenomenon. Huge swaths of the American electorate are fed up, ticked off and wildly disappointed with the direction of their country.

In a society so polarized along ideological lines, it's no surprise that partisans will have partisan explanations for why this is so. But the underlying conditions driving the discontent are in fact bipartisan. Anyone who listened closely to both the tea parties and the Occupy Wall Street crowd could hear the echoes of similar complaints. The incestuous relationship between big business and big government drives both the left and the right crazy.

As a conservative, I think the right-wingers have better remedies for the problem. In a nutshell, big corporations will always have the resources -- financial, political, legal, etc. -- to manipulate and navigate around regulations. Smaller firms simply can't handle the compliance costs of draconian regulations.

The result: Only the really big companies can survive and thrive, which in turn makes them "too big to fail." That's why community banks are being destroyed by Obama's policies: They can't carry the costs the way the big banks can, and, lacking connections and influence, they're small enough to fail.

In other words, if you think Big Business and Big Government are hugging each other too much, the last thing you should do is have government tighten the embrace.

But that's a policy argument for another day. And besides, the underlying problems with the economy are much larger than, and in some cases wholly unrelated to, Wall Street excesses.

But as a political matter, Wall Street is a useful scapegoat. And the Clintons, both darlings of Wall Street who have enriched themselves by exploiting their connections to it, are badly positioned to withstand, never mind exploit, the populist tide. That's why Hillary Clinton can't put Bernie Sanders away. That's why Bill is turning up the heat on the "awful legacy" of the last eight years. And that's another reason Hillary will have a harder time in the fall than people think.