Imagining a World Without Polls 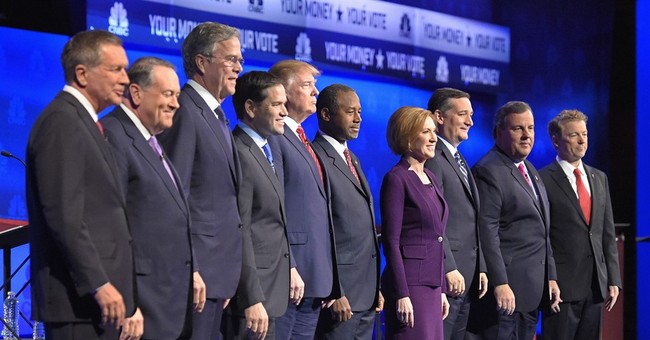 What if the polls just stopped working?

Admittedly, this needs work as a plot device for a Stephen King novel. But for politics, it might be pretty awesome.

This week, businessman Matt Bevin won a stunning upset in the Kentucky governor's race. It was only the second time in more than four decades that a Republican took the governor's mansion in the Bluegrass State. Bevin's margin of victory: nine percentage points.

Bevin's win was big political news for a lot of reasons. Kentucky's state health-care exchange, Kynect, was supposed to be the shining success story of Obamacare. Bevin vowed to dismantle it, a fatal mistake according to many inside-the-Beltway types.

The results in Kentucky -- along with state Senate elections in Virginia -- also demonstrated that however successful Barack Obama has been as a president, he's been terrible for the Democratic Party. On his watch, Democrats have lost more than 900 seats in state legislatures, 12 governorships, 69 congressional seats and 13 Senate seats. The GOP, according to the Washington Post's Chris Cillizza, has full or partial control of 76 percent of state legislatures.

But the thing I find most intriguing about Bevin's victory is that his opponent, Jack Conway, had led in all the polls for pretty much the entire race.

"What's ironic," writes National Journal's Josh Kraushaar, "is that coverage of political campaigns is increasingly dependent on the polls, even as the polls themselves are increasingly flawed. The tenor of the presidential primary is being dictated by the daily stream of horse race polling. Credible candidates are being left off the main debate stage because of miniscule differences with some opponents in national surveys."

It's a national, and international, trend. The polls underestimated the scope of the 2014 midterm elections. Elections and referenda in Greece, Poland, Britain, Israel and Scotland embarrassed the pollsters who thought they knew what was going on.

My colleague at the American Enterprise Institute, Karlyn Bowman, has been studying polling for decades. She says this may be "the end of polling as we know it." Already, the venerable pollster Gallup has gotten out of the business of polling the presidential primaries and may not track the general election either. Pew, another polling titan, is fairly gun-shy about covering the presidential horse race as well.

There are lots of reasons for why polling is going haywire and getting more difficult. Response rates have plummeted. Landlines are disappearing. We're getting fed up with surveys to the point where many would side with Hannibal Lecter in his confrontation with that census taker.

Obviously, polls won't disappear, even if they're becoming less reliable. But would it really be so terrible if they did vanish? Modern polling began in the 1930s. But democracy is a good bit older. Before polls, politicians still managed to figure out what their constituents wanted. How? By talking to them. They also talked to local officials, prominent citizens and journalists. The horror!

This is hardly the first time changes in the technological landscape have changed the political landscape. Political conventions were once raucous, dramatic events where party leaders from across the country hammered out their differences face to face. As political analyst Michael Barone has noted, one of the main reasons the conventions turned into staid, boring infomercials was the advent of the telephone. The first direct-dial long-distance call was between the mayor of Englewood, New Jersey, and the mayor of Alameda, California, in 1951.

"As long distance spread in the 1950s and '60s," Barone wrote, "politicians could negotiate and convey information confidentially over the phone -- something that was possible only at the national convention city in the days of multiballot conventions."

I don't want to get rid of phones, but I think we lost something valuable when politics started becoming hashed out more conversationally.

Similarly, I don't want to ban polls, but they have their downside. They encourage leaders to become followers. When staring at polling data, too many politicians become afraid to voice their convictions or make the effort to convince the public to go a better way.

You can argue that following the polls is democratic, but it's a cheap and shallow form of democracy. We are also a republic, and in republics leaders are expected to do what they think is right, not just popular. Toppling the tyranny of polls would put arguments back at the center of politics. And that's as it should be.