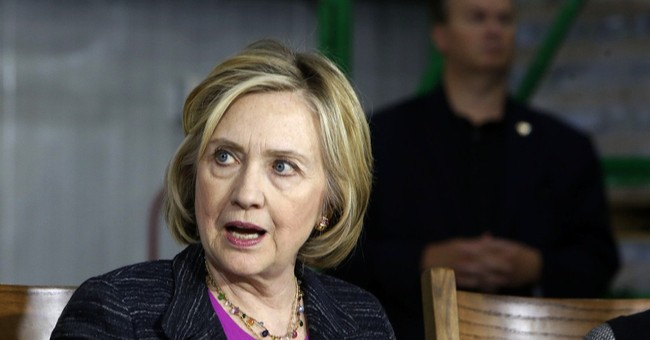 Almost exactly two months after Hillary Rodham Clinton's official announcement that she's running for president, she will give her first "official campaign announcement speech," on June 13, according to her Twitter account.

In other words, the Clinton campaign wants a do-over. Her first rollout was the most disastrous nonfatal presidential campaign debut in modern memory, so she wants another.

Her initial announcement video in April -- which most outlets accurately reported as her official announcement -- was well done. After that, everything went downhill; a steady stream of news stories and damning allegations about her family foundation and tenure as secretary of state has dogged her almost daily.

Her best moment since announcing was when she was captured on grainy security video at an Ohio Chipotle franchise buying a burrito bowl. ABC News and MarketWatch dubbed it an "adventure." Bloomberg's Mark Halperin explained that Clinton's excellent adventure was "fun" and "new." "We've never seen her get a burrito before."