Get Off My Property!

John Stossel
|
Posted: Mar 24, 2021 12:01 AM
Share   Tweet
The opinions expressed by columnists are their own and do not necessarily represent the views of Townhall.com. 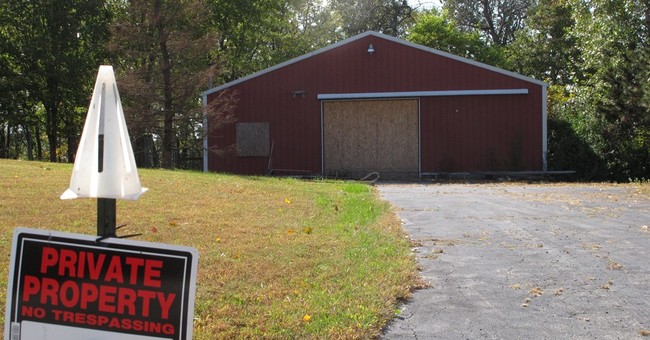 Before dawn, dozens of union activists invaded a strawberry farm, shouting through bullhorns. This frightened workers and infuriated the farm's owner, Mike Fahner, who thought that in America, owning property means you have a right to control access to that property -- your home is your castle, and all that.

Not in California, where politicians allow union organizers to raid farms.

"If I didn't allow them, I'm the one going to jail," says an outraged Fahner in my new video. "That is asinine."

I threw their argument at Fahner, who replied that it's absurd to say he abuses workers, because they keep coming back: "450 people travel 400 miles. ... Why in the world, if they were being abused, would they continue to return year after year?"

Because they don't know they have other options, says the union. They also don't know about their right to unionize, so unions must come onto farms to tell them about union benefits.

But the protests themselves impose a cost. He only has six weeks to harvest, pack, ship and process his strawberry plants. "If we miss that window, you destroy the fields."

In response to the farmers' complaints, California Deputy Attorney General Matthew Wise claimed, "Any access to the property is brief, unobtrusive..."

But the law allows union organizers to enter a farm three hours a day, up to 120 days a year. That's hardly "brief" or "unobtrusive."

This week, Fahner and another business, Fowler Packing, challenged the law at the Supreme Court. I hope the Court sends a strong message to California's union-owned politicians: Get off people's private property!

In earlier court battles, Wise said the exception to private property rules is justified because "workers remain isolated ... from the flow of information that is characteristic of modern society."

But that's not true. Maybe it was true in 1975 when the law passed, but now there's the internet. And cellphones.

"Every person has a cellphone in their pocket," says Fahner

"Yes," Fahner replies. "They know how to communicate through Facebook and through Twitter, much better than most!"

Even if they didn't, the union could always approach workers after work at their motels.

"All those union people had access to (the motel rooms). They could knock on their door and talk to them about their agenda."

Plus, the union has two radio stations.

But it's much more fun to intimidate businesses with predawn protests.

But that's not true, says Fahner's pro-bono attorney from the Pacific Legal Foundation, Joshua Thompson. He points out that "Those types of routine government inspections are searching in a reasonable manner. What happened here is the government is taking our property... just giving that to a third party to come on to proselytize. To use bullhorns to intimidate."

I asked the United Farm Workers union for their side of the story. They didn't respond.

So, in my video, Fahner gets the last word.

He uses it well, saying, "This is trespassing. You should be going to jail for doing this."