John Stossel
|
Posted: Jul 29, 2020 12:01 AM
Share   Tweet
The opinions expressed by columnists are their own and do not necessarily represent the views of Townhall.com. 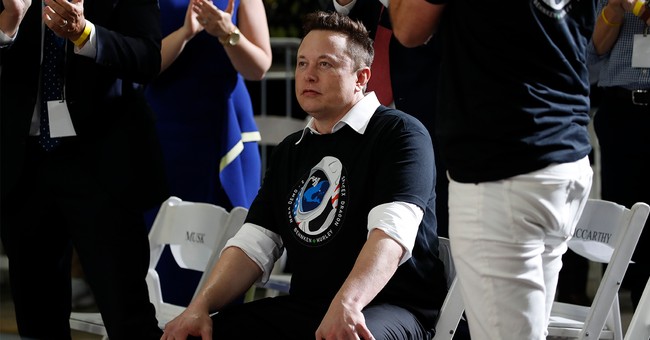 This week, American astronauts returned to earth. Their trip to the space station was the first manned launch from the U.S. in 10 years.

This space flight happened because the government was not in charge.

An Obama administration committee had concluded that launching such a vehicle would take 12 years and cost $36 billion.

But this rocket was finished in half that time -- for less than $1 billion (1/36th the predicted cost).

That's because it was built by Elon Musk's private company, Space X. He does things faster and cheaper because he spends his own money.

"This is the potential of free enterprise!" explains aerospace engineer Robert Zubrin in my newest video.

Of course, years ago, NASA did manage to send astronauts to the moon.

That succeeded, says Zubrin, "because it was purpose-driven. (America) wanted to astonish the world what free people could do."

But in the 50 years since then, as transportation improved and computers got smaller and cheaper, NASA made little progress.

The competition then cut the cost of space travel to a fraction of what it was.

Why couldn't NASA have done that?

Because after the moon landing, it became a typical government agency -- overbudget and behind schedule. Zubrin says NASA's purpose seemed to be to "supply money to various suppliers."

Suppliers were happy to go along.

Zubrin once worked at Lockheed Martin, where he once discovered a way for a rocket to carry twice as much weight. "We went to management, the engineers, and said, 'Look, we could double the payload capability for 10% extra cost.' They said, 'Look if the Air Force wants us to improve the Titan, they'll pay us to do it!'"

NASA was paying contractor's development costs and then adding 10% profit. The more things cost, the bigger the contractor's profit. So contractors had little incentive to innovate.

Even NASA now admits this is a problem. During its 2020 budget request, Administrator Jim Bridenstine confessed, "We have not been good at maintaining schedule and ... at maintaining costs."

Nor is NASA good at innovating. Their technology was so out of date, says Zubrin, that "astronauts brought their laptops with them into space -- because shuttle computers were obsolete."

I asked, "When (NASA) saw that the astronauts brought their own computers, why didn't they upgrade?"

"Because they had an entire philosophy that various components had to be space rated," he explains. "Space rating was very bureaucratic and costly."

NASA was OK with high costs as long as spaceships were assembled in many congressmen's districts.

Congressmen even laugh about it. Randy Weber, R-Texas, joked, "We'll welcome (NASA) back to Texas to spend lots of money any time."

Private companies do more with less money. One of Musk's cost-saving innovations is reusable rocket boosters.

For years, NASA dropped its boosters into the ocean.

"Why would they throw it away?" I ask Dunstan.

"Because that's the way it's always been done!" he replies.

Twenty years ago, at Lockheed Martin, Zubrin had proposed reusable boosters. His bosses told him: "Cute idea. But if we sell one of these, we're out of business."

Zubrin explains, "They wanted to keep the cost of space launch high."

The private sector always comes up with ways to do things that politicians cannot imagine.

The government didn't invent affordable cars, airplanes, iPhones, etc. It took competing entrepreneurs, pursuing profit, to nurture them into the good things we have now.

Get rid of government monopolies.

For-profit competition brings us the best things in life.