Keeping the Gitmo Killers Out of America 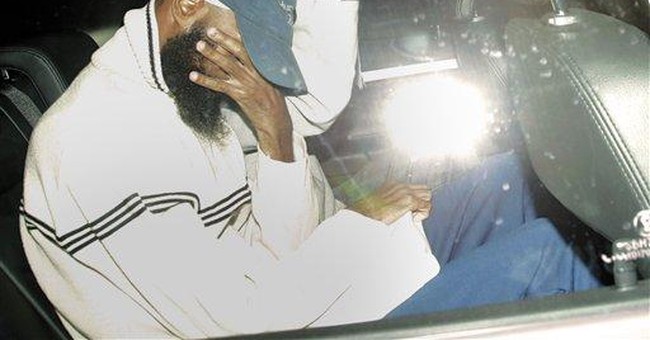 Two days after his inauguration, President Obama signed an executive order to close Guantanamo Bay within the year. He just had one small little detail to work out – how to find the world’s most dangerous terrorists a new home.

Unfortunately, that new home might end up being our backyard.

Most other countries have no interest in housing a bunch of crazed Islamic killers (there’s a shock), and recent Supreme Court decisions, along with pressure from left wing groups, make it very possible that detainees’ cases could be adjudicated in the United States.

That is why I introduced a bill which can be summarized in one word – NO.

We will not allow, under any circumstances, the Gitmo detainees to set foot on American soil.

Our brave soldiers have valiantly sacrificed to keep these radicals away from their loved ones and ours – now we may bring them here ourselves? I don’t think so.

Gitmo currently houses nearly 250 enemy combatants from the Taliban, Al Qaeda and other terror groups – including Abd al-Rahim al-Nashiri, implicated in the U.S.S. Cole Bombing, and Khalid Sheikh Mohammed, a mastermind of the 9/11 attacks . They are the worst of the worst. Even many of the ones deemed safe for release have returned to the battlefield – 61 in all, according to Pentagon estimates.

Abdullah Massoud was a Taliban terrorist captured shortly after 9/11 and transferred to Gitmo. One thing that made Massoud unique was that he had only one leg. And consistent with the world-class medical care provided to detainees at Gitmo, he was outfitted with a state-of-the-art prosthetic.

In addition to world-class medical care, Massoud also received top-flight legal treatment as well. According to the Heritage Foundation, Gitmo detainees “have received more procedural protections ensuring the fairness of their detention than any foreign enemy combatant in any armed conflict in the history of warfare.”

Indeed, America has arguably treated the Gitmo detainees with more respect than the fringe left ever gave President Bush.

Thus it is not a surprise that a short time after being outfitted with a new leg, Massoud was released. And how did he repay America for his freedom and newfound mobility? By waging more Jihad, of course.

The point is this: There’s no rehabilitation program for terrorists. Should even one Gitmo combatant someday become a free man on American soil the costs could be catastrophic. We have to shut the door now.

And even if Gitmo detainees brought to the US are convicted – by military or judicial proceeding – their very presence here is a magnet for terrorist activity.

Not to mention the enormous strain on the legal system. The trial of the 20th hijacker, Zacharias Moussaoui, took nearly 5 years. And it’s possible critical evidence obtained at Gitmo would not be admitted into a court of law.

There’s also no guarantee that Gitmo detainees, if convicted, would spend their lives in prison. Just days ago an Islamic terrorist who planned an ambitious bomb plot in New York City, Khalid Al-Jawary, is being released after serving only half of a thirty year sentence.

How many more terrorists do we want to set free in America?

The best and surest way to keep our families safe – and to keep Gitmo detainees from completing their unfinished mission of shedding American blood – is to keep them off of our soil. Period.

So call your representative today and tell them to sign onto my bill and to help keep Gitmo killers out of America.