Government Offers Bounty on Terrorist We Already Paid For 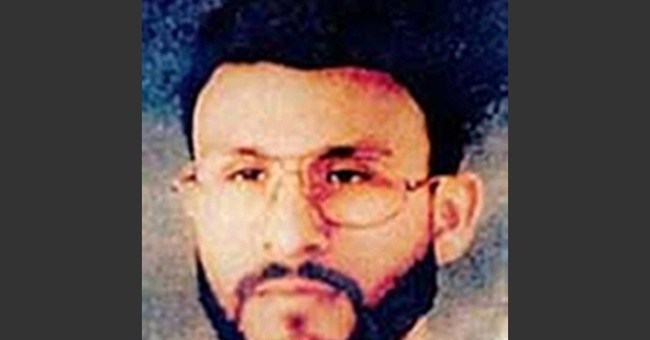 The U.S. is now looking for a GITMO detainee released by the Bush administration who supposedly went through sensitivity training under the auspices of the Saudi’s Terror-to-Teachers program. The Saudi national is now head of Al Qaeda in the Arabian peninsula.

“Now we learn that the U.S. government is secretly admitting that it erred in at least one case the release of a Saudi national named Ibrahim al-Rubaysh,” reports our friends over at Judicial Watch, who first reported the government snafu. “In late 2006 the Bush administration repatriated him back home under a Saudi Arabian ‘rehabilitation’ program that supposedly reformed Guantanamo Bay jihadists but instead has served as a training camp for future terrorists. In fact, in 2008 counterterrorism officials confirmed that many of the terrorists who return to ‘the fight’ after being released from U.S. custody actually graduated from the laughable Saudi rehab program, which started under Bush and continued under Obama.

I was just kidding when I called it the Terror-to-Teachers program, but what else would one call it from administrations that reformed housing with the Community Redevelopment Act, banking with Sarbanes-Oxley and Dodd-Frank, reformed everything with TARP and education with No Child Left Behind and Common Core?

These two are just following the model that Beltway insiders know so well: Got a big government program that doesn’t work?

Intelligence report after intelligence report has revealed that many rejoin terrorist missions after leaving the military prison. In fact, Judicial Watch has been reporting this for years. Back in 2010 JW wrote about a report that the Director of National Intelligence gave Congress documenting that 150 former Gitmo detainees were confirmed or suspected of “reengaging in terrorist or insurgent activities after transfer.” At least 83 remained at large, according to the document.

According to the ACLU, Bush and Obama released 628 detainees from Guantanamo Bay prison (532 under Bush and 96 under Obama) out of 779.

That means that under the program 24 percent of those freed are confirmed or suspected of being terrorists still.

Not bad if you are rehabbing a drug addict, but not good if you’re releasing those who would love nothing more than to detonate a nuclear weapon over America.

It only takes one to make for a really, really bad day.

And here’s what makes Catch-and-Release Terror such a great government program: According to the ACLU 85 percent of GITMO detainees were captured by someone other than US troops. That means, says the civil liberties organization, that the government already paid a bounty for them.

That means that there is a very good likelihood that the government already paid a bounty for Ibrahim al-Rubaysh for whom we are now offering a $5 million reward.

Why pay for something once when the government can pay twice?

The double bounty program likely resulted in a significant increase in Afghanistan’s GDP over the years.

And since we are being all nice and generous rebuilding the country and all, it would be unfair of us to stop the aid.

The only fly in the ointment that I can see is the other great Obama program thatmight, just might be operating in places like Iraq and Afghanistan.

You know the one: It’s called Snitches-Get-Stitches.

It’s very popular in places like Chicago and Ferguson, Missouri.

And the White House too.