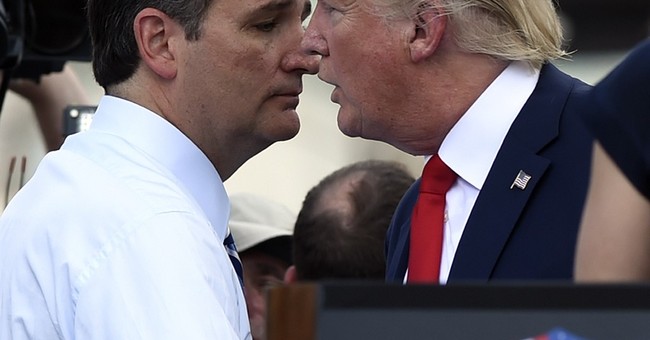 These past few weeks reminded me of those iconic photos where astronauts gaze at our planet from space, awed by the majesty of the view. Not that I was that far out there, though some of you might disagree. A few weeks in Europe sailing up the Rhine with Americans, Canadians, Brits, and Aussies allowed me re-examine—from another perspective altogether—the goings on in the American political scene, but more than anything, made me appreciate the fact that there’s no greater place than America, no place like home.

Of course, when you allow yourself a second thought, it’s always wise to mindful of the lens through which you are made to look. As in almost every US airport where the only channel to which the monitor is soldered is CNN, over there, it’s CNN, CNBC, the BBC, and al Jazeera, and with that lineup, it’s not hard to guess how some news might be presented. Our screen was often tuned to CNN (out of sheer desperation) where, as one might expect, the image and voice of Donald Trump dominated every news hour, every soundbite.

(CNN used to be my go-to news org when I respected its apparently thoroughgoing and insightful reportage—until the 2000 election that is, when its frothy biases became ever so evident. Friends rage about FoxNews, challenging me for watching. My response is simple: there are so many news outlets on the left side of things, but if the slam is accurate, then Fox is the only news org with a valid, alternate view, and so, I’ll take Krauthammer, Baier, Hume, and Wallace any day—just to name a few.

In my own political paranoia, I suspect the agenda of what I call State Media orgs is to showcase every bad angle, every outlandish bit that any Republican dares to show or utter, in hopes of making the other party alternative look entirely palatable. If this prognosticator is correct, they will have a hard row to hoe in making a ticket like Biden-Warren look good—but they will damn well try. Even though Joe would be 74 on the day of his inauguration, a one-term promise from him would allow a four-year prep for Warren, the real darling of the progressive world. Why pitch what would otherwise be a crazy idea is that if the New York Times has abandoned the Clintons, they must think the stench is just too much, even for them. So, get ready for the big pivot in State Media.)

Touring anywhere in Europe, you learn quickly that since the Roman conquest of the continent and Britain over two thousand years ago, nothing much has changed in how the Germans view the French, how the Alsatians view the Germans, how the Belgians view everybody, and how they all view the Russians. What’s gone on in Greece, and now with refugees storming the borders of a surprised Austria and Hungary—not a single one of which has successfully dealt with “foreign” migrants—it is easy to see that the next POTUS will have to be well-nuanced in relationship building and big nation leadership. And might those same qualifications not be necessary in dealing with very sophisticated nations in the Far East where ancient enmities likewise fester?

We need more than a Secretary of State with bonus air miles. What’s required is a first rate woman or man of vision and commitment in the top spot to navigate the deadly shoals left us by a feckless Administration, the only apparent foreign policy aim of which has been to tilt the table against the Israelis.

Foreign nationals to whom I listened seemed universal on that score. To them, the world is adrift, and there’s a clear sense America has stepped away from the “Chairman of the Board” seat, as it were, and that its vacancy has left all our futures vastly uncertain.

My new acquaintances from everywhere else treated me as a friend, to say the least. A retired British physicist went out of his way to tell me, for example, that his country owes its greatest debt to only two other peoples: the Poles who came over to fly against the Germans in 1940’s Battle of Britain, and the Americans who have been steadfast friends through thick and thin ever since. In that context, then, polite glances, a bit quizzical, appeared when the name of Trump arose. It was as if their trusted and revered uncle had presented them with Kim Kardashian as his new bride. Unfortunately, it was left to me to play the uncle, but I chose not to defend or explain the vagaries of American politics.

In the most respectful terms you can imagine, they did not disparage Mr. Trump, but expressed their dearest hope the Chairman’s seat would once again be occupied by someone capable of the kind of leadership the civilized parts of the planet demand. Knowing the mantle of leadership and power is no longer theirs to wear, their expectations of us are very high.

With the unending clips of “the Donald” calling everyone stupid and incompetent, demeaning accomplished rivals on a personal level, along with an I-barrage about of his negotiating prowess, all against a backdrop where treating others with courtesy and respect in the sandbox has become an all too necessary requirement for office, Mr. Trump is looking more and more like Rodney Dangerfield with a Don Rickles bite, but better hair.

No matter your view of their politics, Lincoln, both Roosevelts, Truman, Eisenhower, Kennedy, Johnson, Nixon, Clinton, and the Bushes were all accomplished politicians. I’ll take the woman or man skilled and suited for the job of POTUS. Yes, Trump says things many of us think and say in barrooms and at our barbeques, but we all know that WE aren’t suited for the presidency of the United States and neither is Donald Trump.