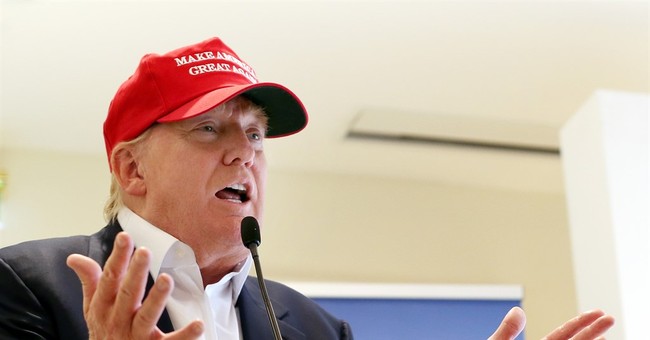 If Bill Clinton could keep, “It’s the Economy, Stupid,” as his mantra to win against George H. W. Bush in 1992, might we not insist that a courageous Republican keep our national and economic security on his lips going into 2016?

Were it not for Donald Trump nailing the issue of immigration to the GOP’s front door, we might guess that can was going to spin down the road one more time. Americans know, however, that more is at stake than immigration itself because border security is what every other nation sees as its first responsibility. What homeowner with a leaky roof would endlessly mop the floor but never fix the sieve in the ceiling?

Whenever the topic of illegal immigration arises, the image of a Hispanic-Latino scurrying across the border in the nighttime comes to mind, and statistically, it snaps an accurate picture. If you were to draw a general conclusion from available information, however, our northern border threatens our national safety and security while our southern border does more to threaten our economic well-being. There are significant exceptions, but consider these gleanings from reputable sources:

Think about the 192,704 number, and how each crime committed affected a tax-paying citizen. It does NOT include the murderer of Kate Steinle, a man who had been “removed” from the US several times before returning to his sanctuary home most recently. That between 22-31 states (depending upon whose list you use) plus Washington, DC, have some form of sanctuary status is where politics and greed collude. In any sanctuary city where there are illegal aliens working and using schools, hospitals, and other benefits while there are unemployed American Blacks, Whites, and Hispanic-Latinos, it is both disgraceful and cruel. Cruel, because Americans are needlessly displaced in service and construction jobs. Disgraceful, because Americans pay twice in taxes what they should (a net $100 billion of federal, state, and local taxes each year). That means more millions of people are relegated to poverty because no one has had the courage to act. That also means many more millions will never be able to pull themselves up into the middle class.

That the US attracts 20% of all world immigrants each year though we represent but 5% of the world’s population is flattering to a capitalist way of life, but when Emma Lazarus wrote her famous poem memorialized at the Statue of Liberty, she did not say, “give me your illegal workers, criminals, and jihadis yearning to destroy us living for free.”