Off The New Plantations 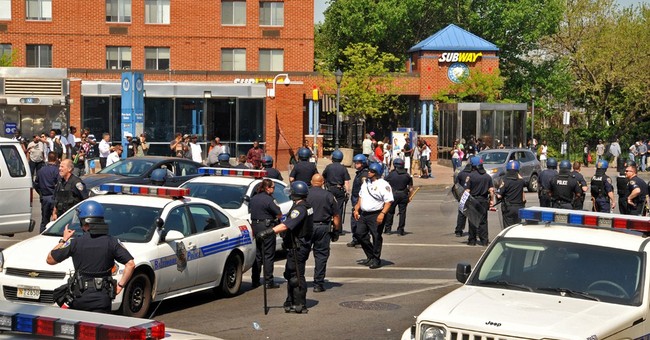 Reflecting upon Ferguson and Baltimore—along with Detroit and other cities—reveals what they all have in common: most of their African-American residents are captives on what some might call the new plantations—urban islands of poverty surrounded by the fetid waters of political disinterest.

The new plantations aren’t so new, created as they were by The Great Society, when Lyndon Johnson wrapped himself in the mantle of the brave new world, and despite presumably noble instincts, laid the foundations for a social slavery he would never have imagined.

It’s debatable, of course, but when one peruses the photographic journals compiled by Pittsburgh’s illustrious Charles Teenie Harris, one might conclude that by the 1960s, many African-Americans in northern cities were working their way to middle class status but for one major component: their basic civil rights, which would have encouraged even greater economic and social freedoms. This is borne out by US Census data showing some 25 million people in official poverty in 1970, down from 40 million in 1958; those numbers equate to about 13% of the population in poverty at the same time, down from 23% in 1958.

Since 1965, estimates vary greatly, but the all-in, conservative spending number for the War on Poverty is 15-17 trillion dollars. One Democratic Administration after another—occasionally abetted by Republicans—regulated family life amongst welfare clients in such a way as to encourage the disintegration of the core social unit: a two-parent household raising their children responsibly. And now, as we approach the Great Society’s 50th anniversary, what have we wrought? We have supported and at times glorified a culture without parents, and have produced millions of children, who through no fault of their own, have been forced to trade good parental insight and guidance for support payments, if that. Ignorance always breeds poverty, then violence in any neighborhood, but most visibly, where African-Americans live.

Whatever the real dollars spent, little has happened since the “War” began with vast parades of well-meaning ideologues determining for others how the poor should live and under what circumstances they might thrive. Where are we now, after all the demagoguery, social engineering, and spending? As of 2011, we have over 46 million people classified in poverty, and that’s 15% of our total population. Just over 28% of that group is black, or about 13.1 million people, and what has this Administration done for the poor? Little.

There it is for all to see. USA Social Democrats displaced real shackles for the addiction of government subsistence, and for some, perpetual poverty on the new plantations. For 50 years we have thrown trillions at a problem and have demanded nothing in return, and those low expectations have produced the violence that has become a newsday commonplace. Every solution requires first steps. If research by the Cato Institute is correct, there are three key changes in the prevailing poverty culture that must occur:

1. Education: In one State of the Union, the president vowed to raise the mandatory education attendance level from age 16 to a high school education for everyone. Require a HS diploma.

2. Get a job, any job: Instead of creating jobs, entry level or otherwise, this Administration wants us to believe raising the minimum wage will solve everything. Will it not simply make cheeseburgers more expensive? Create good, entry-level jobs.

3. Do not have children without a mate: Without a committed partner, a single parent is practically guaranteed a life of poverty for herself and her child. Make the system work to create incentives for change.

If there’s ever been an opportunity to undo the bonds of the new slavery, to release the poor from their new plantations, this is one election season vow worth keeping.