A Crown And Fig Leaf For Hillary 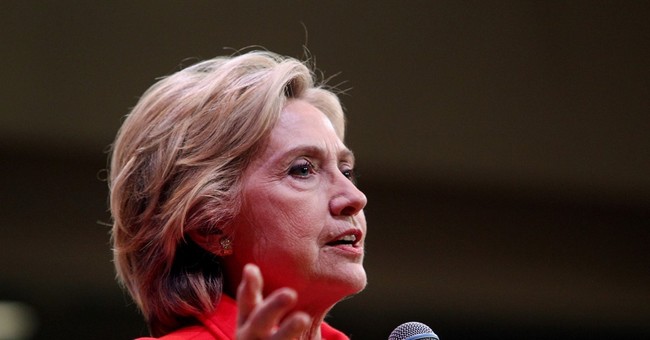 The first Democrat debate sponsored by CNN went as well as any rational person would have predicted—a crowning occurred, a diadem was passed, and the nudity of the queen plenipotentiary was covered.

A left wing organ of Democrat propaganda, CNN, perpetrated a clumsy contrivance believable only to viewers already addled by long exposure to the noxious fumes of liberalism. With all the aplomb of an 18th century dandy, Anderson Cooper strained his talents to play the straight man to a bumbling comedy routine so campy as to embarrass even the most amateur community theater troop.

Cooper posed a battery of questions, which elicited answers from the Democrat presidential candidates both tedious and obtuse. For all the blather about Glass-Steagall, every Democrat candidate seemed to suffer from amnesia regarding the most concerning questions weighing on the minds of the American public—immigration, Iran as an existential threat, the capability and organization of ISIS, or the insufferable and mounting national debt. At every turn, the candidates proffered the Democrat panacea, free stuff all around. Sanders bellowed about free college tuition. And, Hillary clucked about healthcare and piped incessantly about her lady-parts distinguishing her from the catastrophe of the Obama administration.

But, the penultimate moment, the very reason for the faux debate arrived when Anderson Cooper addressed the three hundred pound gorilla in the room. Hillary Rodham Clinton was asked:

“You are going to be testifying before congress next week about your emails. For the last eight months you haven’t been able to put this issue behind you. You dismissed it, you joked about it, you called it a mistake. What does that say about your ability to handle far more challenging crises as president?”

The question arrived at the fulcrum of the charade. Of course, this was expected, even rehearsed. Hillary is an open book, if you look hard enough. Beneath the surface boils a rage restrained only by the ambition of her circumstance. The plastic of her carefully manicured expression is a machinery of will power. Her natural disdain and penchant for all things steeped in the regal and aristocratic strain beneath the confines of democratic process. When pressed, the facade flakes away revealing the clockwork of Mrs. Clinton’s calculation and rehearsal. In a cascade of wild cackles, the illusion of humanity crumbles and scatters like dust before the creature of power and wealth. This is why Hillary does so poorly when forced to perform outside a carefully controlled laboratory where lighting, humidity, branding, and queries are under constant management by a cadre of highly paid preeners.

Hillary’s spectral appearance at a Chipotle, where she made a grand entrance to no effect, accoutered in dark glasses, and aping the celebrity of the Kardashians, was a demonstration of Mrs. Clinton at her unmanaged best. Accompanied by her perpetually solicitous partner in crime, Huma Abedin, Hillary could hardly be bothered by mere serfs laboring behind the counter or pressing into her liberally construed personal space. Oh for the days of gentry, when peasants knew how to keep their distance!

So, when Anderson Cooper feigned an act of journalistic integrity to provide a sounding board from which to trumpet a unified defense of Mrs. Clinton, it is an understatement to assert that credulity is strained. After a few brief words of denial and counteraccusation by Hillary, it’s all the Republican’s fault, Democrat candidate Bernie Sanders rose to the defense of the matronly damsel in distress. Here the performance culminated, as Sanders intoned thickly:

“Let me say this, let me say something that may not be great politics. But, I think the secretary is right. And, that is the American people are sick and tired of hearing about your damn emails.”

To Sanders’accolade, Mrs. Clinton screeched in a gleeful crescendo of “me too! Me too!”and redoubled her maniacal cackle, fortissimo! Chafee could only muster a few bleats to Cooper’s challenge regarding critical statements, which were made by the hapless former senator on the campaign trail. Chafee stood emasculated by the blistering radiance of his newly crowned queen. O’Malley had dared to challenge Hillary on the email scandal but swiftly moved to kiss the ring of fealty before an enraptured crowd. Watch closely, Hillary begins nodding in approval before O’Malley’s meaning is revealed, entering the ghastly score a beat too soon. Leonard Bernstein would have been impressed by the macabre composition—an eruption of subservience at the predestined moment orchestrated by the DNC kingmakers.

Never was the theatre of the absurd more properly applied to a political production. For Democrat party nobility and gentry, the message is clear. There will be no further discussion of Hillary Rodham Clinton’s email scandal. The party is to unite behind the presumptive heir. The lap-dog media is all too happy to carry the DNC’s dirty water, even if it means that a shamble is made of any notion of credibility.

Hillary has her fig leaf, a scant garment cobbled together in guilt and haste. It did Eve no good in the garden, and, ultimately, it won’t do Hillary any good either. It’s a flimsy thing and may easily yield to the machinations of competing interests.