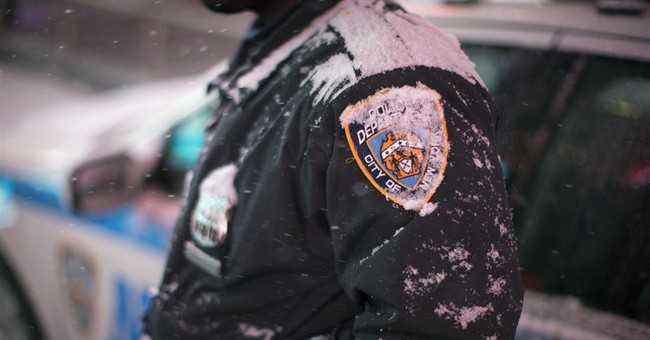 Conflict, agitation, and aggression are the Obama administration's stock-in-trade. It is the thug life costumed in a tailored suit. This boorish behavior from the White House shouldn’t come as a surprise; during the 2008 election campaign, Obama incited his saucer-eyed fans to bully anyone who would dare to disagree with his policies by “[arguing] with them” and by “[getting] in their face.” Obama’s political life subsists on class and race conflict. Race is the Obama administration’s unified field theory. It is the prism through which his race-hustling administration views every societal interaction. For Obama, this is extremely convenient, since he’s America’s first half black president, race is a tailor made catalyst for him and he eagerly feeds the mob their nihilist creed, “I hate; therefore, I am.” It would be a hilarious irony if it were not so tragic.

Michael Brown and Eric Garner are the latest manufactured martyrs in Obama’s theatre of class struggle. First on Obama’s list of protagonists are Cops. Law enforcement is always the target of revolutionary and counterculture movements, since law enforcement is charged with keeping the peace and peace is the mortal enemy of the Bolshevist. When Obama says “change” he really means revolution. And, he will employ any politically viable means necessary to achieve his well known objective of fundamental transformation. History is only a manifestation of Obama's racial dialectic in which American history is reduced to the absurd characterizations of oppressive colonial racists and imperialist depredation. Of course, it’s all a lie, but since when did truth matter to the mob or to Obama? Barack Hussein Obama is a creature of power and truth stands as an immovable object in the path of his seemingly irresistible and all consuming force.

So, when the president meets with community and law enforcement "leadership" to discuss the incident in Ferguson, he is engaging not in a quest for truth or for honest solutions, but rather is advancing an agenda. Obama only needs to appear to be involved in bringing about resolution when he is, in fact, agitating for aggression.

Obama's entire community oriented plan is based on the presupposition that law enforcement is the problem. The criminality of Michael Brown is the three hundred pound gorilla in the room that Sharpton, Holder, and Obama refuse to acknowledge. They feign ignorance because sustaining the rage of black America fuels their machinery of power, influence, and greed. U.S. Attorney General Eric Holder has gone so far as to compare law enforcement officers with an "occupying force." This kind of rhetoric only serves to stoke the infernal furnaces of class animosity and ensures Obama’s beatification as a social justice savior.

The President’s silly little summit on Monday, December 1st produced the desired effect. He appeared to be doing something while propagating a list of inanities. The Obama brain trust thinks that burdening law enforcement officers with body cameras represents a step forward. As a response to Ferguson, it's completely asinine. First, if Officer Daren Wilson had been wearing a body camera it would not have deterred Michael Brown, who was so high that he perpetrated his attack on officer Wilson in broad daylight in front of dozens of witnesses. Second, any audio or video of the incident from a body camera would have done nothing to prevent the rioting, vandalism, and theft perpetrated by the inflamed mob. In fact, race-hustlers like Al Sharpton agitated and incited for protest irrespective of the grand jury's decision. All the evidence presented to the grand jury was released to the public almost immediately following the disclosure of the decision, a veritable avalanche of exculpatory evidence, far more significant than a video of the incident. This was and continues to be completely ignored by racist elements in the black community.

Obama's pseudo-summit also blames racial tensions on law enforcement's "militarization." Again, with reference to Ferguson, this has no application. Officer Wilson was in a standard patrol car and wearing the uniform common to police departments and sheriff's offices around the country. Officer Wilson carried a semiautomatic Sig Sauer pistol chambered for the.40 caliber cartridge, standard in the law enforcement community. No "militarization" there. Perhaps Officer Wilson's badge was deemed to be provocative by Brown and inflamed his homicidal passions? The word "militarization" is really just a pavlovian trigger meant to send libertarians into inchoate, anarchist rants and prompting racially confused black americans into autonomic spasms of "Hands up don't shoot" or "I can't breathe."

Obama's think tank, turned septic tank, issued a slurry of statements concluding that trust was at issue between law enforcement, generally, and the communities they serve. Trust is hardly enhanced when this nation's leaders choose to lionize the memory of a teenage, pot smoking, robber and thug; a would-be homicidal maniac who attempted to perpetrate a capital murder, while demonizing the lawful and appropriate use of force by a law enforcement officer in the performance of his duty. Trust is not enhanced by compelling officers to wear body cameras to ostensibly prevent them from routinely trampling on the civil rights of black citizens. Nor is trust promoted by describing law enforcement officers as militarized goons tossing hand grenades like candy at a 4th of July parade.

Cops are the good guys. They're the guys in the white hats. They're the men and women who you call when you're too afraid to see what goes bump in the night. The men and women of local, state, and federal law enforcement stand in the gap every day and every night thwarting the local convenience store robber and the international terrorist alike. These are the same people in the Norman Rockwell paintings, the same people who stop and offer assistance when you're stranded on the side of the road, and the same people who find your lost kids at the mall. We've seen what a major city looks like without the presence of the thin blue line. New Orleans sank into bestial anarchy after Hurricane Katrina incapacitated the New Orleans Police Department. It was a literal Thunderdome, complete with roving and ravaging bands of rapacious criminals. The images broadcast on television hardly did justice to the magnitude of human depravity. And, for nothing more than cheap political gain, for power, for filthy lucre Obama, Sharpton, Jackson, and Holder besmirch the honor of a noble profession and of noble men and women.

Obama and his minions hope to make scapegoats out of cops when the real and much harder issue in Ferguson concerns the character of black america, with the epidemic of single parent homes, and with the glorification of thug culture in music, art, and movies. Ferguson is about the failure of Barack Obama and massive unemployment among young black Americans. Ferguson is about Holder's cowardice and refusal to identify Brown’s criminality as the proximate cause of his own death. And, Ferguson is about the avarice of Al Sharpton and Jessie Jackson who always seem to show up just in time to collect a heavy purse of blood stained coins.