Congressman John Kline was elected to represent Minnesota’s Second Congressional District in the U.S. House of Representatives in 2002, and was re-elected to a second term in 2004. During this time, Congressman Kline has established himself as an influential voice on national defense and veterans issues, an advocate for education, and an effective representative of the people of Minnesota’s 2nd district.

A member of the House Armed Services Committee, where he is assigned to the subcommittees on Military Personnel, Unconventional Threats, and Capabilities, Congressman Kline has been recognized by his colleagues as a leader and valuable resource on national defense issues. Adding to the experience he gained during his career in the United States Marine Corps, Congressman Kline traveled to Iraq in 2003 and Kosovo in 2004 to visit U.S. troops and meet with military and civilian leadership in the area. In January of 2005, Congressman Kline led a Congressional Delegation expedition to Afghanistan and Iraq to assess the progress of U.S. operations in support of the emerging democracies there. He was able to evaluate the tremendous success of elections in Afghanistan and survey conditions on the eve of elections in Iraq.

Congressman Kline’s committed pursuit of economic growth, job creation, and tax relief for Minnesotans and all Americans have earned him the “Small Business Advocate,” and “Spirit of Enterprise” Awards. Congressman Kline has also been honored with the “True Blue Award” from the Family Research Council for his pro-family values voting record.

Although this marks his first elected office, Congressman Kline is familiar with Washington, where he served as a military aide to Presidents Carter and Reagan for part of his twenty-five years in the United States Marine Corps. Mr. Kline’s responsibilities during this period included carrying the nuclear “football” – the package containing launch codes for a nuclear attack. He also advised our country’s senior civilian and military leadership, including the President. Throughout a military career from which he retired at the rank of Colonel, Mr. Kline served as a helicopter pilot in Vietnam, commanded all Marine aviation forces in Operation Restore Hope in Somalia, flew “Marine One,” the Presidential helicopter, and served as Program Development Officer at Headquarters Marine Corps. During his military career, Kline received numerous medals and commendations including Four Legions of Merit, the Meritorious Service Medal, the Defense Superior Service Medal, the Vietnam Service Medal (awarded 3 times), the Vietnam Campaign Medal, a Presidential Service Badge, and the Navy Commendation Medal.

Congressman Kline earned his undergraduate degree in Biology from Rice University in 1969, and earned his Masters Degree in Public Administration from Shippensburg University in 1988. John Kline and his wife Vicky live in Lakeville, MN. Mr. Kline is especially proud of his two children and four grandchildren. 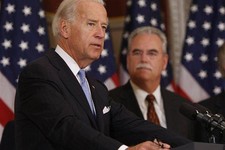 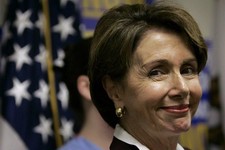