Trump Just a Symptom of the Breakup of the GOP

John Kass
|
Posted: Mar 08, 2016 12:01 AM
Share   Tweet
The opinions expressed by columnists are their own and do not necessarily represent the views of Townhall.com. 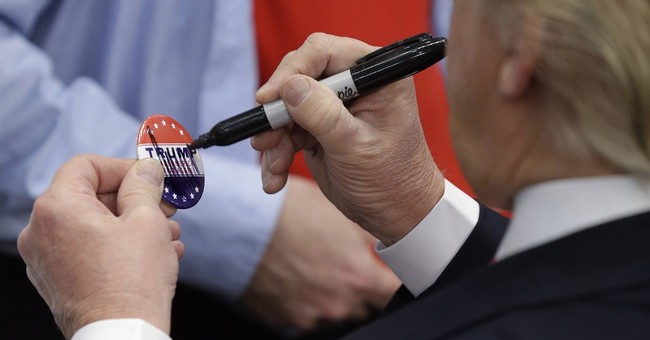 The Republican presidential campaign -- and that vulgar candidate debate in Detroit -- bring us to the root of the thing.

The mandrake root, if you will.

The Republican coalition is breaking apart. The GOP establishment's hold on power and treasure is weakening. The Republican insiders are worried and angry, and they've seized on Donald Trump and his economic nationalism and wild, bragging ways.

Yet the wise ones among them must certainly know that Trump isn't the cause of the problem. He's merely a symptom.

Naturally, the GOP establishment would rather America focus on the cringe-worthy and anxious adolescent locker room taunts of recent days.

Marco Rubio played the sexual insult game at the behest of his establishment lords, repeatedly questioning the size of Trump's hands, and by extension of metaphor, Trump's manhood.

Trump foolishly rose to the bait, and his boorish response gives the establishment some excuse to take the nomination at a brokered convention.

"And he referred to my hands, if they are small, something else must be small. I guarantee you there is no problem. I guarantee," Trump said.

There were gasps of horror, disgust and laughter from the audience and from most living rooms across America.

Trump is the once-useful barbarian the Republican establishment cannot control. Now some insiders are finagling a move to dump him at their convention in Cleveland.

But that will involve shaming Trump's middle-class and working-class supporters, who are drawn to his economic nationalism.

Destroying Trump won't change the future. It may only accelerate the change. With Trump or without him, the Republican coalition has been slowly breaking apart for years.

It's like a solar system of odd planets, with free traders and Main Street, evangelicals, corporatists, Wall Street and neoconservative intellectuals (the brains of the so-called war party) who've prodded the nation into wars.

All these pieces were part of a Cold War coalition, a Ronald Reagan coalition. But the Cold War is over, Reagan is long gone, and without that lost density to hold them in orbit, the planets are ready to spin out on their own into uncharted space.

The evangelicals have nowhere to go if they wish to remain a force in politics. Pro-life Democrats are all but extinct in Congress.

The free traders and Wall Street have made a killing over the past two decades as Democrats and Republicans encouraged and helped them move capital out of the country with NAFTA and other trade deals.

But Main Street paid the price, and is dying. Capitalism is a liberating force, but unfettered it can be destructive. One look at the shuttered factories and vacant storefronts will tell you that.

Politics isn't buildings. Buildings don't vote. And lectures about the price of labor in Indonesia won't soothe parents with two or three part-time jobs and no time for their children.

They don't want a government handout. And Trump appeals to them.

But Wall Street has been sweetening the tongue of Democrat Hillary Clinton.

The neoconservative war party intellectuals are abandoning the Republicans and moving toward her as well. They can see Republican noninterventionism rising, first with Rand Paul and now with Trump, and Mrs. Clinton is the fiercest raptor in politics now.

Without that coalition, the GOP establishment won't be able to use government to project power and graze and get fat and wealthy.

That's what terrifies them. So they'll fight to keep it, and destroy whoever might be in the way, because, in politics, the only time size really matters is when those who count the votes are measuring the size of the treasure.

Republican establishment figures certainly must see the end of things, see it moving out there beyond their walls, some shadow on the horizon telling them it's just about over.

The change is inevitable. Political coalitions always rise, fall and are reformed into something new. But I sure don't think Trump and his boorish vulgarity are the proper vessel for this change in the Republican Party.

Paul would be riding the crest of the wave now if the neoconservatives didn't hamstring him at the beginning. Ted Cruz is clearly more conservative, though unlike Trump, Cruz talks eagerly of military adventures.

What Trump has touched on, perhaps unwittingly, is an American middle- and working-class anger so deep that journalists really couldn't see it.

Even though for years, American journalism has reported on voter anger. But it's been looked at as some sort of mental condition, as evidence of illness or racism or some other pathology to be treated medically, or mocked by newspaper pundits and on social media.

And in a nation with a Bill of Rights that protects free speech, the anger was suppressed, perhaps for fear of being shamed by the thought police of the politically correct.

But it's out now, and it's raging.

An empire's political center doesn't collapse in neat halves. Democrats will have their day of reckoning in the future. Perhaps it will happen when the money runs out, or when young millennials finally realize that Big Government and Big Corporate are by definition Democratic siblings.

But for now, though, the Democratic establishment has its coalition together. And like a smart Chicago ward boss, the party parcels out the goodies.

And the Republican establishment? They're not worried about whether size matters. They're worried about a coalition breaking and the leverage that goes with it.