Political Establishments Getting Kicked Where it Hurts

John Kass
|
Posted: Feb 11, 2016 12:45 PM
Share   Tweet
The opinions expressed by columnists are their own and do not necessarily represent the views of Townhall.com. 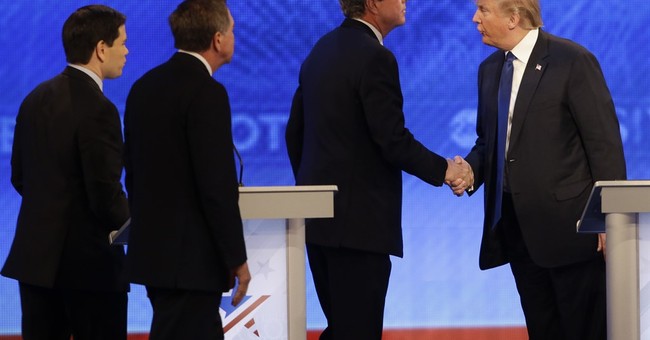 There's nothing like the warm, satisfying sound coming out of American presidential politics these days:


The sound of Democratic and Republican establishments -- what I call the Combine -- being kicked by voters where it hurts.


Right in the metaphors.


Or, if that's too vague, let's just say the political establishments are getting it right in their peculiar vulnerabilities.


In New Hampshire, Bernie Sanders trounced Hillary Clinton among Democrats. And Donald Trump scored a huuuge victory among Republicans, although Sen. Ted Cruz's third-place showing puts him in a good spot as the campaigns move South and West.


Hillary Clinton has been irrevocably identified as the candidate of Wall Street in the midst of an insurgency year and pressure from the left. She doesn't like it, because it's true. She is the Wall Street candidate.


She also probably doesn't like the national polls showing she's in a dead heat with a 74-year-old socialist, but I can't help her there either.


And as the campaign rolls to South Carolina, the big question is: What tricks will Clinton use on Sanders?


It won't be pretty. Politics in the South is like politics in Chicago. You need to put sawdust on the floor to sweep up the aftermath. So expect the race card to drop, skillfully of course, but it will be played. It was played against Hillary by surrogates of the Obama campaign in 2008. She knows how it feels.


Clinton supporters have already tried gender-shaming young women who dared to feel the Bern in New Hampshire. The shaming didn't work. It was awkward and clumsy and it backfired.


But that's the campaign as entertainment. What I'm enjoying now is a bit subtle, taking place in the shadows, where the establishment lords are quivering just a bit. And I plan on savoring it for a while, because finally both sides, Democrats and Republicans, are getting what they deserve.


The national Combine sends out its meat puppets on TV to preach the talking points about who is electable and who is not and who is an embarrassment and who is not. But about half the voters in each party loathe the establishment candidates. They've had enough.


The middle-aged are tired of being afraid for their jobs, or working part-time jobs, and they're angry. And the young, raised to expect the world, don't see much of a future.


Sanders promises a revolution. Trump and Cruz promise battle. They're the ones with the energy. They're the ones telling voters they'll put the boots to the status quo. And the others? They're just holding on.


So far in 2016, all the voter anger and insurgency and passion seems to be a surprise to the insiders, and to the salons of common wisdom along the Beltway. But it shouldn't be a surprise. It's been building for years.


In some respects, the establishment reminds me of the sleek, well-fed gentlefolk in the forgettable Leonardo DiCaprio movie the "Gangs of New York." The scene that applies to 2016 was the establishment family breakfast scene.


You may remember it. They had perfect table manners and enjoyed tasty foods from fine chafing dishes; there was plenty of sunlight in the breakfast room and crystal on the table. Everything was toasty. Then the ruffians broke down the door and smashed the china and wreaked havoc.


Elections are what the people believe in, what voters care for, what you and I argue about in the battle of ideas; how much government, how much liberty, how large a safety net. We fight it out. We care. We go tribal.


But the insiders don't get angry that way. They're about what insiders have always been about -- control. They need control of the parties to put their hands on the levers of government, to make treasure. They'd rather lose an election than lose control of that machinery.


A political party isn't a bumper sticker. It isn't a slogan. It isn't the true passion of a young person who feels the Bern or some other young person depressed because they can no longer stand with Rand.


The establishment doesn't think that way. Their parties are a gathering of interests, formed to use government to protect what they have, to take from others, to increase their slice. The candidates are chosen like fine horseflesh, the idea being to find the one you can ride to the gold.


Voters know this now. There should be no doubt except among the thickest partisan meat puppets.


They know Hillary is of the establishment, and they know Jeb! and the others are of the establishment, and they're tired. They've watched the banks that are too big to fail get federal bailouts after the economic catastrophe, and none of the big fish went to prison. They've seen their jobs shipped overseas, and they're told that their anger isn't only irrational but bothersome.


I'm sure the establishments believe they can herd this anger, as they've herded it in years before; goad it all into chutes and pens, so it ends up as tasty sausage in fine chafing dishes.


They have five months to get the herding done before those conventions in July.