The Video that will Rip Chicago Apart 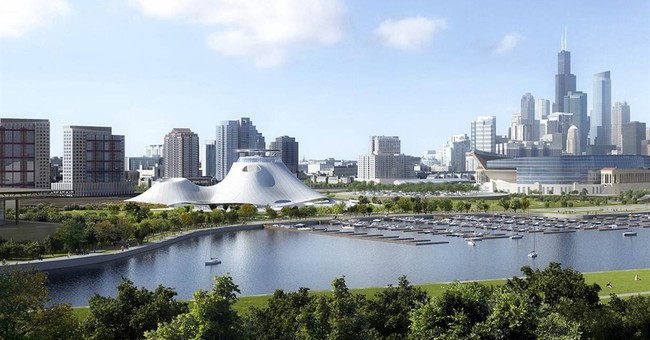 There is a video that could tear Chicago apart.

It will go viral if released, and the world will see something ugly and frightening on the Southwest Side.

It comes from a police dashboard camera. City Hall worries that political hell may be on the way. Activists are primed. The politics of race and police use of force are at hand.

And a court hearing is scheduled for next week on whether it should be released to the public.

All this is going on just below the surface. All the players know what's at stake, so I thought you should know about it, too.

The video, without sound, is said to show Laquan McDonald, a 17-year-old African-American reportedly with PCP in his system, holding a small knife. He was shot to death by a white Chicago police officer, Jason Van Dyke, on the night of Oct. 20, 2014, at 41st and Pulaski on the Southwest Side.

City officials said police, responding to a call of a man slashing tires, followed McDonald carefully and calmly as he wandered. They called for backup and Tasers. Then McDonald walked out onto Pulaski Road.

Only one cop opened fire, shooting 16 times in all, and the video is said to show the rounds hitting McDonald in the back, the legs, arms, neck and head, the bullets making the body jump again and again.

On Nov. 19, Cook County Judge Franklin Valderrama is expected to rule whether the video should be released.

The FBI is investigating. Officer Van Dyke, who has not been charged with any crime, has been stripped of his police powers and has been reassigned to desk duty.

"It shocks the conscience," Neslund told me. "The video was disturbing. It was described accurately by one of the witnesses as an execution. He was on the ground, and the police officer kept shooting."

One man who said he has talked to federal authorities told me on Tuesday he'd been driving his son to the hospital and saw it all. The police union version was that McDonald "lunged" at the officer. The witness's account differs markedly.

"I was there, I saw it," he said. "He (McDonald) wasn't attacking anybody. He was looking for a way out. He was just trying to turn away. The kid turned away, was dropped at the first shot or two, and the police kept shooting and shooting. You could see his body moving.

Reading or hearing about 16 shots pumped into the body of a young man isn't the same thing as seeing it.

If the video is released, many won't care about the drugs or the knife. Here's what will be seared on the American mind: the black body flinching with bullet after bullet from a white cop's gun.

I have not seen the video. "It's worse than anything that's come out this summer on police cases anywhere," said a source who has seen it. "He starts walking away from the officers. The first shot, he spins and falls to the ground. Then the officer continues to shoot, and intermittently, you see the body twitching and jerking from the rounds."

The Emanuel administration continues to fight the release of the video.

"Ensuring our officers are accountable for their actions is critical to building trust between residents and the Police Department," said the mayor's press secretary, Kelley Quinn. "There are federal and state criminal investigations into this specific incident, and we have to respect that process. So their work isn't compromised, we cannot comment on the case specifically, and we are following common practice in not releasing the evidence of an ongoing investigation."

Chicago Ald. Danny Solis, 25th, understands this city of tribes. He voted for the settlement and warned against the video's release.

"My position is, if it doesn't serve a purpose to help heal, or make things better for our people, I suggest caution," Solis said. "If it's not going to help this most American of American cities, then let's be very, very careful what we do."

After the city settled with the family, freelance journalist Brandon Smith filed a Freedom of Information request with Chicago police for the dash-cam video.

Usually, investigators request that evidence, like the video, be withheld pending the completion of the case. But no such affidavits have been filed in the case as yet, and Smith's attorneys expect a ruling next week.

"The video should be released," the witness told me. "The people have to see what actually happened. I watched the news. Everything they said about how (McDonald) 'lunged' didn't happen. He (the officer) just emptied his gun into him."

Keeping the video secret serves the politics of City Hall. Releasing it serves the interests of activists and police critics who will make McDonald a martyr, and perhaps fashion him into a political club to hammer police and the mayor.

But the people deserve to see what happened. And once they see it, then the people can decide what to do about it. It's their city.