NFL Rookie's Decision to Retire Another Sign Football Is Doomed 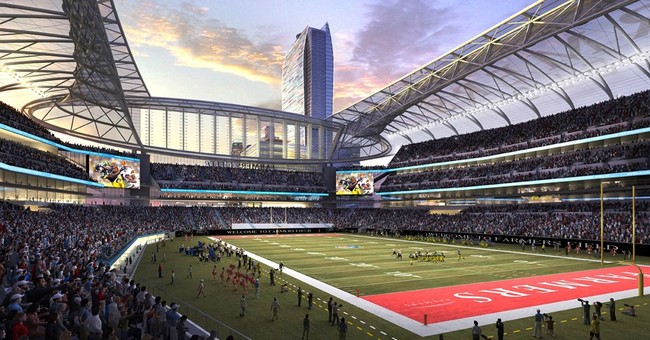 Years ago Rush Limbaugh called me a liberal sportswriter, suggesting I was the harbinger of death to football in America.

Happily, though, loyal readers know that I'm not even remotely liberal.

Just ask my editors, or the legions of Obama's peeved off hopium smokers or the perpetually angry Clintonistas.

But it is true that I did predict the death of football years ago. No magical powers were involved. And I took no pleasure in it.

Yet as the father of excellent athletes, and as an amateur student of popular culture -- including the games we play -- I could see it coming

And now, with the interview last week given by a young man named Chris Borland, I can see it coming true.

Football is dying so fast that the National Football League will undergo radical change in just a few years.

So Mom and apple pie won't be part of the marketing of the NFL of the future, unless Mom is smoking a cigarette, displaying tats or perhaps a killer tramp stamp. And the apple pie is one of those pockets of microwavable sugars and trans fat you see at the convenience store around 3 a.m.

The other football, the iconic football we remember, the game of supposed virtue and heroism, will be gone. In its place will be a betting game, somewhat like roller derby, but without the high cultural gloss.

And it is definitely not Borland's fault. It just is.

If you're an NFL fan, you know that Borland was one of the most promising rookies last season as a linebacker for the San Francisco 49ers.

Quick, smart and powerfully built at 5-11 and just under 250 pounds, Borland had the right amount of violence and leverage and force to make it in the desperate and violent profession.

Great players -- and no one gets to the NFL without being a great player -- have great hearts. His heart told him one thing. But his head told him another.

And so he quit before his brains were irreparably scrambled.

What caused him to leave was a routine hit during training camp, he told CBS News. He didn't report it to the team's medical staff. But he believes he suffered a concussion.

That's not unusual either. Most football players are concussed at some point, and the higher they go in the sport, the more concussions they suffer.

"There's a lot of vernacular in football about getting your bell rung or getting dinged, and it was one of those instances," he told CBS. "The hit itself wasn't cataclysmic. It just kind of changed the way I approached the game."

What he did was begin to ask questions. And do research. He talked to neurologists and other medical experts, he said. What bothered him was the lack of answers.

"I don't think even the top neurologists truly understand the risks, the connections," he said. "That's what I found out in my research, and it's just too many unknowns for me and there were too many tragedies for me to be comfortable playing."

Studies of the brains of dead NFL players show one constant: The overwhelming majority of them suffered from chronic traumatic encephalopathy, or CTE. Some had committed suicide.

"I'm not particularly interested in having in-depth conversations about it," he said, adding, "there have been enough former players who've suffered and future players whose health might be at risk. So it's important to talk about the information that's available."

The talk the NFL doesn't want is the one between the mom and the pediatrician. The news about concussions and potential long-term effects of playing is already killing football, because the NFL feeder system requires a constant supply of fresh young American bodies.

I'm not against risk or violence in sport as long as the sport is up front about what it's selling. Prizefighting, be it boxing or mixed martial arts, doesn't pretend to be a wholesome enterprise. It is honest. It is about fighting for money.

Yet NFL football is inherently dishonest. It is sold as a game of virtue to sell products to the American people. But it is a betting game of supreme violence that scrambles the brains of young men.

Limbaugh concluded by saying he knows the media has an agenda.

"I know what motivates them," he said. "I just know. And I hope I'm wrong. If anything is scrambling brains in this country, it is liberalism."

I have long believed that modern liberalism is designed, in part, to scramble innocent young brains and render them for service to the ever-increasing federal leviathan.

But much the same thing can be said about American football and the NFL.

Football also relies on the education bureaucracy, to funnel those young prospects forward, so they may take their place in games of ritual sacrifice that we watch on Sundays in the fall.

And watch we do, from our living rooms, our mouths full of beer and potato chips and dip, cheering as those young heroes smash their heads again and again.