The Tribalist Liberal Losers Who Want Virtue On The Cheap 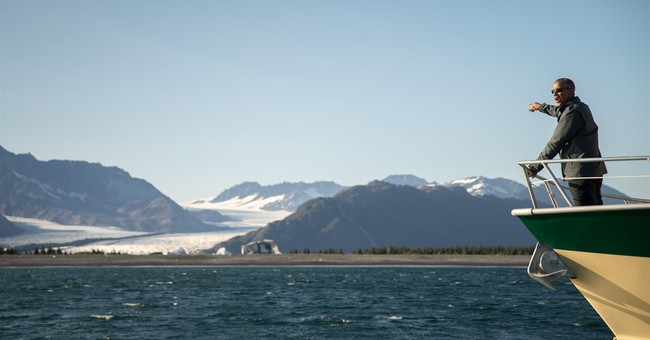 It's not that all liberals are stupid; it's just that liberalism makes them sound stupid.

Since their solution for everything is “higher taxes, more spending and bigger government,” you’d think liberals would care more than anyone else about making sure our tax dollars are well spent and that government runs smoothly. Unfortunately, that would require logically evaluating programs they advocate and making adjustments and they’ve become such prisoners of their own doctrine that they’re incapable of doing it.

For liberals, it’s never about whether a program works or whether a position makes sense; it’s about showing solidarity with their tribe, hurting enemies of their tribe, feeling better about themselves or virtue signaling.

Have you ever noticed that even though liberals always talk about “scientific consensus” when it comes to global warming, 90% of them are incapable of making any kind of scientific argument about global warming and most of the others do it badly?

That’s because saying you want to “fight global warming” is all about showing you “care about science” and “want to take care of the earth.” Even if you take private jets, ride in SUVs and produce a carbon footprint the size of a small town every year like Al Gore, you supposedly “care more” and are “more scientific” because you regularly blather on about climate change.

Why do liberals crassly demand “gun control” when there’s still blood drying on the ground after a mass murder? Because it’s their way of signaling not just that they care, but that you don’t. You can point out that the policies they’re calling for wouldn’t have stopped the shooting all day long, but it won’t faze them because they don’t really care about stopping shootings; they care about signaling their virtue to their liberal friends.

Why were there huge anti-war protests when Bush was in office that disappeared after Obama took over? Because it was never about “the war.” It was about showing that they didn’t like Bush, who was the greatest enemy of their tribe.

How is it that liberals refuse to acknowledge all the poor Americans who are put out of work by minimum wage policies? It’s not about the policy; it’s about signaling that they’re enlightened people who want to help the poor by raising their wages. If people get fired, that’s the fault of the “greedy” business owners; so they can still feel good about themselves.

Why do liberals always advocate for more welfare, more food stamps and more giveaways despite all the damage they do to the people who are taking handouts? Because they get to claim you’re “heartless” for not wanting to do that, which they think makes them “compassionate” in comparison. Is that true? Does it make sense? Of course not, but as Doug Bandow noted, “Years ago Marvin Olasky wrote how compassion traditionally meant to ‘suffer with.’ Over the years it turned into writing a check. Now it means making other people write checks.”

With liberals, it’s always about virtue on the cheap without their having to sacrifice anything personally. They want to help those poor Syrian refugees by sending them to red states that don’t want them. It’s liberals flanked by a squad of armed bodyguards saying you don’t need a gun. It’s Hillary Clinton demanding that we take every woman who claims to be a victim of sexual assault at her word except the ones accusing her husband.

When you’re a liberal, freedom is your enemy because most people aren’t part of your tribe; they don’t agree with your way of thinking and they’re not going to do what you want them to do. This is why liberals love to control people with big government so much. It’s the tool they use to promote their tribe, hurt the enemies of their tribe and “show their virtue” to the world without actually having to do anything. At the end of the day, liberals are the living embodiment of the troublemakers Eric Hoffer described when he said,

Dana Loesch Gets Ahead of the Liberal Media's Predicable Move to Protect Alec Baldwin Post-Accidental Shooting
Matt Vespa
New York State Attorney General Letitia James Expected to Announce Her Run for Governor
Rebecca Downs
Joe Manchin Is the Grim Reaper for Most of the Left's Agenda Items...And He Just Killed Another One
Matt Vespa
We Know What Mysteriously Killed an Entire Family on a Hike in California