Conservatives Like Me Are Not The Stereotypes Liberals Say We Are 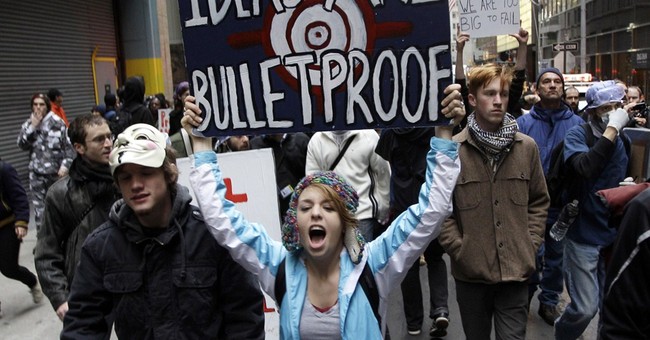 Am I a flag-waving, meat-eating, God-fearing, gun-toting capitalist?

Is the Left right about the other stereotypes it puts out there about conservatives like me?

I have friends who are black, Hispanic, Asian, Indian and Jewish. I'm cheating a little bit by mentioning the Indian one because for all I know, she may be about as much of an Indian as Elizabeth Warren, but I take her at her word since she's not trying to parlay her ethnicity into a university job. Setting that aside, not only could I comfortably take any of my friends with me to a Tea Party or other conservative event, that's where I met most of them in the first place. It is true that Tea Parties and conservative events tend to be mostly white, but I’ve been to liberal events like Netroots Nation and they’re no different.

From what I saw, the attendees seemed to be 90-95% white, which is extremely ironic. Liberals claim Tea Parties are racist because few minorities attend the events. Yet, even though 90% of black voters and 2/3 of Hispanics vote Democrat, Netroots Nation is almost as white as the Tea Parties. So, I think the pertinent question here is, “Why does Kos hate black people?”

While we’re on the friends topic, I also have friends that are atheist, Mormon, Wiccan, gay and even liberal.

We’re not talking about, “We said hello once in the hallway at work” friends either; we’re talking about going to dinner together, inviting them to stay at my house, helping-them-out-of-a-cab-because-they’re-drunk friends.

At the end of the day, no matter what color or religion they are, people are just people. Well, except for Satanists. Screw those guys!

Additionally, as someone who has read over 2,000 books in his life and has had the privilege of interviewing geniuses like Thomas Sowell, Milton Friedman and Walter Williams, it’s amusing to hear that conservatives are supposedly “anti-intellectual” or don’t believe in science.

“You conservatives don’t believe in science” translates to “You’re looking at the science and coming to conclusions that I don’t agree with politically!” “You’re anti-intellectual” translates to, “You think Cornel West sounds like a buffoon, Paul Krugman puts politics ahead of economics and that Bill Ayers belongs in jail, not teaching students.”

I like people who are actually brilliant, not faux intellectuals. I believe we should dramatically cut government spending overall, but one of the few places I would like to see us putting more money is space exploration. Along similar lines, I’m not a big fan of government regulations, but the government should require companies that sell supplements to do clinical studies before they sell their products to the public to keep people from being ripped off.

Then there’s the environment. One of the reasons that I live at the beach is because I love being near such beautiful natural scenery. There’s just something relaxing, something that makes me feel closer to God about looking at the ocean or out into the Intracoastal Waterway.

If you’ve ever been through the mountains of Tennessee, seen the leaves change in Asheville, North Carolina or if you’ve looked at the majesty of the Grand Canyon with your own eyes, you can’t help but appreciate the beauty of nature.

But Al Gore is supposed to care more about the environment than I do just because I’m conservative? Is this the same guy who lives in an enormous energy-sucking mansion, drives around in SUVs full of his staffers and then flies overseas in a private jet to give speeches for obscene amounts of money about how we need to use less resources to save the planet? Granted, he does sound a bit like I imagine a tree would if it were imitating human speech, but I still reject the idea that he cares more about the environment than the average conservative just because he has made more than a hundred million dollars hawking global warming.

I want clean air, clean water and clean soil; I’m just not one of these enviro-nuts who thinks we all need to live like the Flintstones or Mother Gaia is going to barf us into space. Why can’t we take care of the planet responsibly instead of taking everything to such a crazy extreme? It’s like saying you don’t like animals unless you personally bring 40 cats into your home and take care of them.

It’s also perfectly ridiculous to hear that conservatives like me don’t care about the poor. I’ve been poor.

I also know what it’s like to get so broke that I had to live on a bag of potatoes and three for a dollar burritos for a week. I’ve driven around on brakes that squeaked like a piglet because I couldn’t afford the repair. I bounced a few checks in my early twenties because I had so little money. I’d only have 2-3 dollars extra in my account. Then, the bank would take out an unexpected small fee for some reason and suddenly, I owed the check AND a 20 dollar bounced check fee I couldn’t afford. When I first started doing volunteer work with the Republican Party in my early twenties, I was told that my clothes were too shabby and that unless I could wear a jacket, the officials didn’t want me to fill in at their local headquarters even though I was doing it for free. I quit going because I couldn’t afford to buy one. That turned me off to politics for years.

Oh, but I don’t care about the poor because I don’t advocate destructive government programs that build dependence and that are paid for with other people’s money?

Screw you, if you think that.

At the end of the day, capitalism, conservatism and Christianity made America great while liberalism created Detroit. We’re in favor of God, guns and rugged individualism. Liberals are selling government, dependence and watching everything you say lest some nag accuse you of using a trigger word. That’s why they have to convince you conservatives are bad people. That’s why they have to convince you that conservatives hate what you love. Because they know conservatism works and liberalism doesn’t; so their only hope is to keep you from even considering what we have to say in the first place.