Christians Are Hypocrites And God Bless Them For It 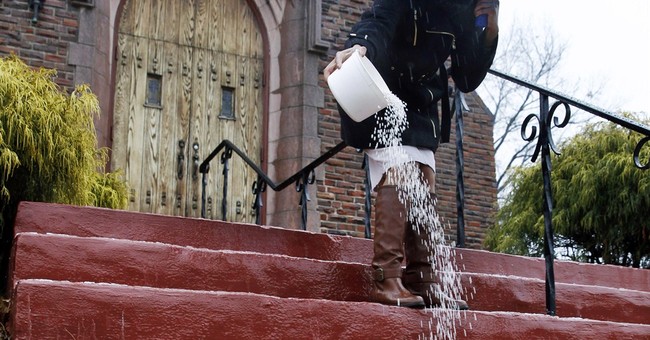 All you then have to do is keep out of his mind the question, “If I, being what I am, can consider that I am in some sense a Christian, why should the different vices of those people in the next pew prove that their religion is mere hypocrisy and convention?” – C.S. Lewis

Moses murdered an Egyptian and hid his body in the sand. David had a loyal soldier killed in battle to cover up his infidelity with the man’s wife. Peter denied Christ three times before the cock crowed even though he knew He was the Messiah.

These were great men, champions of Christianity, heroes for the ages – and yet they were flawed and weak. Do you really think the Christians we look up to today are any better? Maybe they are, but I suspect if we knew the secret sins of people like Billy Graham, Rick Warren, and Mother Teresa, then we wouldn’t have as high an opinion of their character. However, that says more about us than it does about them because there was only one perfect man who walked the earth and the rest of us have feet of clay. Sinning comes with the territory and all of us do it. That’s why we’ve been told to, “Love the sinner, hate the sin.”

Of course, it’s not always so simple. It’s easy to think of a person who does something bad as someone bad – and that’s often not the case. As John Watson said, “Be kind, for everyone you meet is fighting a hard battle.” People get depressed, exhausted, hurt, confused and lost. In their pain, sometimes they sin to try to fill that hole in themselves even though they know what they’re doing is wrong.

Ever listened to someone telling you about cheating on her spouse, heard about how bad her home life is and think, “I don’t condone cheating, but I’m not sure I blame her?” Have you been told about something a person did that was undeniably wrong, but you’ve thought, “That’s a tough situation and I’m not sure I would have done anything differently?” So often, I’ve heard someone tell me about something awful he’s done and thought, “There but for the grace of God go I.”

What do you do in the face of that kind of ambiguity? How do you handle it when you’re talking to a good and decent person who has done something bad?

Too often, the modern response has been to steer clear of the whole dilemma by waving off any and all standards of moral behavior. After all, if you have no standards, then how can you be accused of not living up to them when you fall short? If everything is permissible, then how can you be condemned for being a hypocrite?

The problem with that sort of thinking is that it’s trying to live to God’s standards that carves us into better human beings. If we have no standards, then it’s easy to be content to roll around in the sewer. If we make our own standards, then being what we are, we’ll make them very lax in the areas where we’re weak. Only by trying to live up to tough standards set by a Higher Power can we really achieve our greatest potential as human beings and become everything we ought to be.

That doesn’t mean it’s simple. Going down that road means that we sometimes are unable to excuse the behavior of people we care about or people who are hurting. It can also cause turmoil when good people we admire don’t live up to their moral code and there are consequences for their behavior. You can’t follow the pastor who’s having an affair, agree with the friend who’s stealing from his job to pay his bills, or cheer on the politician who’s lying to achieve his goals.

The whole process is messy, ugly, uneven and, yes, sometimes even hypocritical, but it’s what it takes for us to grow. If it requires a bit of hypocrisy now and again for flawed, broken creatures like us to try to serve our fellow man the way God intended, then that’s a small price to pay.