The 25 Most Influential People On The Right For 2014 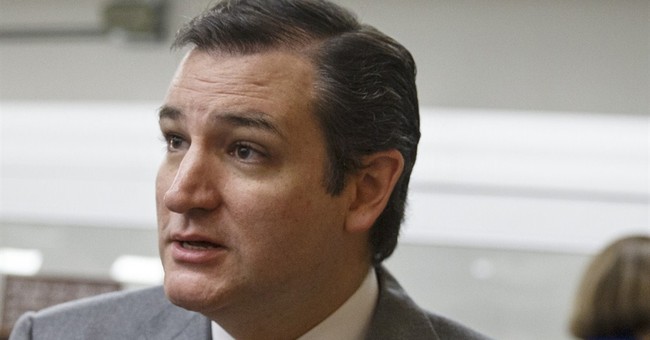 25) Paul Ryan: The former VP candidate has been a difference-maker in the House, although not in a way a lot of conservatives have been pleased to see. Ryan was one of the strongest voices calling for amnesty and he also helped undermine the sequestration cuts that were one of the Republican Party’s few victories against spending.

24) James O'Keefe: O’Keefe’s high profile stings have proven to be extremely effective. One video from O’Keefe accomplishes more than a week of front page stories at any paper in the nation.

23) Laura Ingraham:Ingraham is a regular on TV and has two million listeners to her radio show, but shehas also been playing in elections this year. How much of an impact has she had? Well, you could ask Eric Cantor who is now in the private sector largely because Ingraham backed his opponent Dave Brat.

22) Dick Cheney: George W. Bush has largely avoided politics since he left office, but his VP hasn’t followed in his footsteps. Cheney has taken a number of hard swings at Obama on foreign policy and has drawn blood on more than a few occasions.

21) John McCain:McCain’sbelligerent foreign policy seems to be out-of-step with most Republicans in the post-Bush era and his poorly thought-out support for rebels in ISIS has definitely hurt his reputation, but the former presidential nominee still has a lot of sway in the Senate.

19) Mitt Romney: Romney has a deep well of good will with Republicans left over from his 2012 run at the presidency and it doesn’t hurt that he turned out to be right about a lot of key foreign policy issues that Obama has been having difficulty handling.

18) Rick Perry: America’s most successful governor has been touting his state’s incredible record of job creation, taking shots at Obama on the border and turning a politically motivated indictment into a positive. Perry has also been gearing up for a presidential campaign in which, believe it or not given his early debate performances in 2012, he may be the odds on favorite.

17) Matt Hoskins: Hoskins’ Senate Conservatives Fund has been a major player in Republican primaries this year. The group’s willingness to challenge sitting Republican senators up for reelection will move them significantly to the Right of where they would be if the organization didn’t exist.

16) Mark Levin: Levin has nearly seven million listeners on the radio and his combination of fiery rhetoric, conservative intellectualism, and disdain for the Republican Establishment have made him wildly popular with the grassroots.

15) Karl Rove: Rove’s fund raising ability still makes him a major player, but his reputation (and seemingly his ability to attract donors) has still suffered because he gave so many people the perception that he intended to go after grassroots candidates in this cycle.

14) Sean Hannity: Hannity is almost tripling his nearest competitor in his Fox News time slot and he still has the second biggest talk radio audience. His fame and sheer audience size give him a lot of influence.

13) Tim Phillips: Americans for Prosperity has long been one of the strongest grassroots groups on the Right,but in this cycle it’s been avoiding primaries and instead has been pouring massive amounts of money into ads attacking Democrats in key races all across the country. It’s been quietly effective and there will be Republicans who owe their seats to AFP when all is said and done.

12) Glenn Beck: Like Breitbart before him, Beck is an empire builder.When you combine the dedication of his fans with his nearly 7 million strong radio audience, the Blaze, the increasingly popular Blaze TV and Beck’s ability to get his fans to show up for rallies and donate to causes, Beck is a man to be reckoned with.

11) Sarah Palin: Palin’s name recognition, rabid fans and ability to make news at will means she’s capable of making a huge impact. However, the question is always, “What is she going to do with all of her clout?”

10) Tom Donohue: The Chamber of Commerce used to be regarded as a conservative-friendly, pro-business, pro-small markets group. Recently under Donohue’s leadership, it’s become known for demanding amnesty at any price, advocating Common Core, corporatism and fighting tooth and nail against grassroots conservatives. While Donohue has definitely made a big splash of late, he’s also turned a lot of conservatives who once had a high opinion of the Chamber of Commerce into diehard enemies.

9) The Koch Brothers: There are deep pocketed liberals who chip in as much money to the Democrats as the Koch brothers do to Republicans, but in all fairness, the Koch Brothers do seem to be more effective than their Left-Wing counterparts. Unreasonable though it may be, the irrational hate and fear that the Left has of the Koch brothers has actually increased their status on the Right.

8) Wayne LaPierre: Nobody in the conservative movement has been more effective in the face of a sustained liberal assault than the NRA. The liberals threw everything they had at the NRA and LaPierre’s NRA ran over them like a steamroller. Meanwhile on the Right, having the NRA say you’re a gun grabber can still be a deathblow for a campaign.

7) John Boehner: Given the GOP’s control of the House, Boehner should be ranked first on this list, but his poor communication skills, lack of strategy, timidity, and moderate impulses have rendered him ineffective as a leader. Whether he’ll be able to hold on as the Speaker of the House in 2015 is an open question.

6) Rand Paul: As the government has grown ever larger under Obama, Libertarianism has grown in the Republican Party and Rand Paul is its greatest champion. His hardcore Libertarian support coupled with his mainstream conservative appeal make him a force to be reckoned with.

5) Mitch McConnell: McConnell has been weak and largely ineffective as a Senate Minority Leader and there doesn’t seem to be much hope that he’d do any better as a Senate Majority Leader, but still he doesn’t seem to be in danger of losing his leadership position. His job may be made more difficult by the fact that McConnell has also gone all out in his effort to squash grassroots conservatives during the primary season and has had some success in doing it.

4) Ted Cruz:In a world where the Republican leadership in Congress and formerly beloved Republican heroes like Marco Rubio and Paul Ryan have given the conservative grassroots the cold shoulder, Cruz’s ability to stay in tune with the conservative base has given him enormous power. He’s the only senator who seems to be able to move votes in the House and his smart and aggressive attacks on the Obama Administration have kept him in the limelight.

3) Rush Limbaugh: The Koch Brothers seem to have displaced Limbaugh as the liberal boogeyman of the moment, but that hasn’t made him any less powerful. Limbaugh’s ferociously loyal and ENORMOUS audience coupled with his powerful arguments give him the ability to swing any argument on the Right.

2) John Roberts: Will Obamacare survive the legal challenges it faces? Will the court stop the Obama Administration from trampling on the Constitution? Will gay marriage become the law of the land or will it be left to the states? In a world where the Executive branch is running roughshod over Congress -- the Supreme Court in general and John Roberts in particular are the last, best check on a lawless presidency.

1) Matt Drudge: In a country with an overabundance of news sources, being the one MUST READ source of news for every talk show host, columnist and blogger gives Drudge enormous power. If Drudge decides it’s a big story, it becomes a big story EVERYWHERE.