15 Things I Hate About Politics 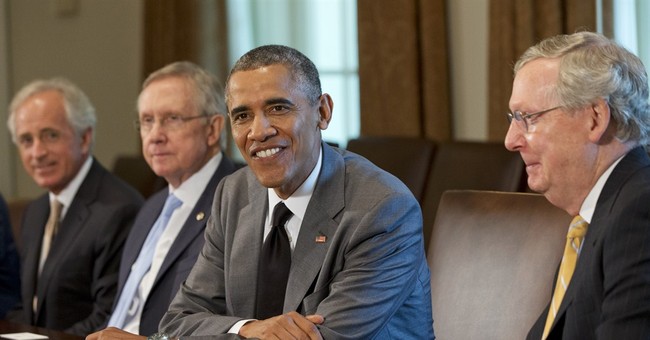 1) That American politicians have stopped asking the most basic questions about good governance. Does this program work at all or does it just sound good? Does this benefit the people that are paying for it? Would people choose to pay for this? For many Americans, government seems to mostly be about taking their money and their freedom to provide services they don't want and would prefer to do without.

2) "Activist" groups that soak up donations from people and pocket the money instead of spending it on activism. Nobody minds people making a living, but donations are supposed to MAINLY be used for activism, not salaries and lifestyle enhancement.

3) The political obsession with trivia, when the whole country is falling apart. We can't secure our borders, find jobs for people or get our spending under control, but the Senate has plenty of time to discuss the name of the Redskins.

4) Direct mail fundraising -- because up to 90 cents of every dollar goes to costs and padding people's pockets instead of to the candidate or group people want to support.

5) So much of politics today that has become outright tribalism and convincing people to hate each other for fun and profit based on race, sex, religion, and gender. In many countries, that sort of behavior eventually leads to bloodshed on a very large scale and it wouldn't be surprising if it happened here one day either.

6) Mainstream media sources that are run by liberals, staffed by liberals, that work overtime to protect liberals on every issue that tell everyone they're "unbiased." I have more respect for Michael Moore than the New York Times because even though they both have the same perspective on the issues, at least Michael Moore doesn't lie to everyone and claim that he's "unbiased."

7) Republican politicians who claim to be willing to do anything to get minority votes; yet they won't actually go talk to black and Hispanic voters.

8) Living in a society teeming with the most easily offended people on Planet Earth and instead of shrugging our shoulders and telling them to get over it, we incessantly treat the most ridiculous complaints as if they deserve respect. The Declaration of Independence promised "Life, Liberty and the Pursuit of Happiness," not the right to go through life without ever seeing anything that offends you.

9) The media spending a lot more time speculating on the MOTIVES of conservatives making policy proposals than actually telling people what they want to do and why they say they want to do it.

10) Like preachers, we used to expect politicians to be MORALLY BETTER than the average person. Now, we expect them to be WORSE. What's wrong with holding our leaders to a higher standard instead of excusing their horrible behavior?

11) The liberal mainstream media tendency to choose unrepresentative voices like David Frum, Meghan McCain, and David Brooks as the "voice of conservatives." Instead of actually getting the conservative position on issues, all the media does is choose people that most Republicans don't like to tell liberals what they want to hear about the Right.

12) Politicians have always lied, but it hasn't always been acceptable for politicians to be caught lying. There used to be big consequences for lying to the public. Today, the American people are told bald faced lies on a regular basis and they just shrug it off. That's not how it's supposed to work.

14) That Americans have become so polarized and the federal government has become so big that almost every issue of governance has become a fight to the death, one side wins and the other side loses proposition. If I discussed 30 issues with John Kerry, not only would we literally disagree on every one, we'd think the solutions that the other person came up with do more harm than good. It's hard to see how people that far apart can hold together as a nation over the long haul when the federal government insists on controlling almost every aspect of our lives.

15) The all-consuming, everything must be political, all-the-time mentality that leads people to celebrate the deaths of those they disagree with politically, turns funerals into political rallies, and drags politics into everything from marriage to pro-football.