20 Things You Never Want To Hear In Obama's America 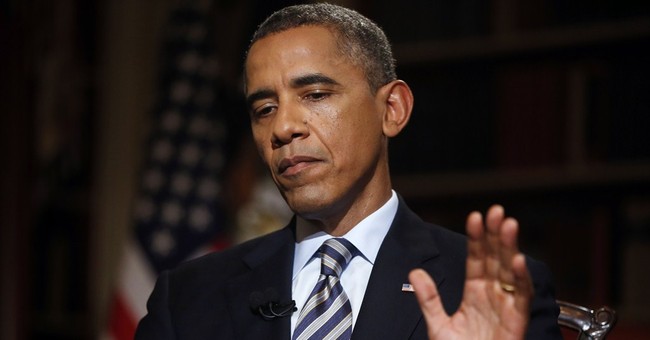 1) The Death Panel will now decide if your treatment is too expensive.

2) Yeah, right! There's a better chance Democrats would go after veterans or kids with cancer than do that!

3) We'll get to the bottom of this scandal in no time now that the Obama Administration is investigating itself!

4) Sure, it's dangerous being in this embassy, but the Obama Administration is handling security; so we have nothing to worry about.

5) Come on, you really think liberals are going to be offended by that?

6) As long as Lindsey Graham doesn't cave, Republicans have got this one in the bag!

8) That shouldn't be a problem as long as you can trust the government to do the right thing.

9) Guess what? Your company is unionizing!

10) The only way that could happen would be if Obama has been lying to us all along.

11) You really think the park service would be that vindictive?

12) As long as Obama doesn't behave like a bratty little child who's going to hold his breath until he turns blue if he doesn't get his way, everything will work out fine.

13) Come on! The only way we could get in trouble for writing something like that would be if the government was reading our emails.

14) Even Obama wouldn't blame Bush for that, would he?

15) Good news! The Al-Qaeda rebels Obama backed in Syria won and took over the country! They're sending America a "special surprise" as a thank you for all of our support!

16) No, you couldn't have heard gunshots. We're in a gun-free zone!

17) There's no way anyone would call me a racist just because of that, is there?

19) This crime is as good as solved now that Eric Holder is on the case!

20) The only way that check will stop coming is if the government goes bankrupt!