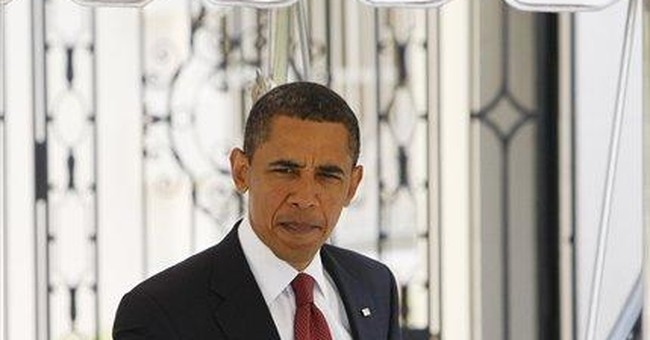 Via Hollywood, the mainstream media, and the school systems, the Left has created a number of positive myths about their ideology, none of which stand up to the slightest amount of informed scrutiny.

Liberals are pro-women: No, no: liberals are pro-liberal women -- as long as they know their place. When Hillary Clinton did the most admirable thing in her entire political career, trying to pull out a come-from-behind win against Barack Obama, the long knives on the Left even came out for her.

.....But what Hillary faced was nothing compared to the vile smears liberals level at strong, conservative women. Whether it's photoshopping them into pornography, going after their families, or degrading them with "hate f***" lists, the Left does everything it can to destroy women who are courageous enough to stand up to them. Just ask Sarah Palin, Michelle Malkin, Ann Coulter, and Carrie Prejean about it. If liberals hated Al-Qaeda the same way they hate conservative feminist icons, we'd have already won the war on terror by now.

Liberals look out for black Americans: Really? How? By destroying black families with welfare? By championing releasing black criminals back into their communities? By standing up for rioters? By getting promising black college students into schools they're likely to flunk out of via Affirmative Action? By making parasitic buffoons like Jesse Jackson and Al Sharpton into representatives of black Americans in the eyes of most of the country? The biggest obstacle black Americans face today is not racism; it's the paternalistic, "You poor thing! You need our help to make it day-to-day" attitude of liberals that has shattered the black family in a way that even slavery and Jim Crow laws couldn't.

Liberals are compassionate: Liberals love nothing better than to talk about compassion and caring for the poor -- but, only when other people's money is involved. Studies consistently show that conservatives give more money to charity than liberals. What's supposed to be compassionate about robbing Peter to pay Paul to vote for you?

Liberals are intellectuals: Liberals portray themselves as brilliant intellectuals who are so much smarter than the riff-raff out there in flyover country. Meanwhile, back in the real world, they run presidential campaigns based on "hope" and "change" and the intellectual roots of their philosophy could be explained by a caveman. Abortion good! People who want to stop abortions bad, bad, bad! Gay marriage good! People who want to protect marriage bad, bad, bad. It doesn't matter whether it's a college professor, a rocket scientist, or Barack Obama -- they all turn into cousin Cletus, the mountain simpleton who lives out by the hog pen, when you try to get them to explain why they believe what they believe.

Liberals are tolerant: Liberals are extremely tolerant -- of people who agree with them or of foreigners who hate America. Everybody else? Not so much. If you happen to say, try to give a conservative speech on a college campus, say that you believe marriage should be between a man and a woman after you're asked about it in a beauty pageant, or believe science has led you to draw a different conclusion than liberals have in regard to global warming, you're not going to see much tolerance on display. In other words, the liberal idea of tolerance is, "I agree with what you say, I'll defend to the death your right to say it -- and the rest of you need to be quiet."