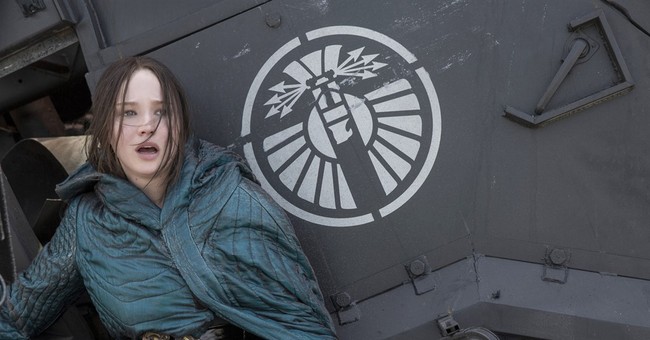 From the 2012 original to its latest entry, the onscreen adaptations of the Suzanne Collins Hunger Games literary trilogy have stood out. At the heart of the original film, the games — which featured children murdering other children for the entertainment of the rich — were gruesome and tough to handle but the series grew from that set-up to become something more valuable. In the hands of capable screenwriters and a strong cast, the film franchise presented more than typical young adult fare: it presented a strong story about standing up against tyranny.

After three motion pictures, the fourth one — entitled The Hunger Games: Mockingjay - Part 2 — has finally arrived. Collins’ final book in the literary trilogy was unfortunately stretched into two separate films meaning that Part I featured a lengthy build-up to this final chapter. That film focused showed what was really at stake in the revolution while Part II shows the climactic battle itself, allowing Katniss Everdeen (Jennifer Lawrence), the heroine who risked her life to save her sister’s, the chance to finally face off against her nation’s brutal political leaders and end their reign of terror for good.

As the series began, the nation’s tyrannical President Snow (Donald Sutherland) was forcing each of the twelve districts to send two players into a competition to the death. This was a tradition that the Capitol — the nation’s center of power and the home to the rich and powerful elites of the community — enjoyed every year. In fact, the games themselves were a television sport to them. Since Katniss volunteered for the games and defied the government with the support of Peeta (Josh Hutcherson), a fellow District 12 competitor, she’s been forced into the limelight as a leader in the rebellion against the Capitol.

In this final chapter, Katniss – who is forced to work with a brainwashed and clearly unstable Peeta — finally has the opportunity to face down the leaders of the Capitol.

Instead of a predictable action-packed outcome though, this adaptation offers a larger message about the trauma of war. From Peeta’s brainwashing (which prevents him from knowing if Katniss is a friend or a foe) to the growing cynicism of the rebels, the feature takes its time to show that the costs of war can be both physical and psychological. When Gale (Liam Hemsworth) — Katniss’ long-time best friend — talks about the casualties of war, he notes that “No one who supports the Capitol is innocent” and Katniss realizes how the war has painfully affected even her closest confidante.

The film is packed with strong action sequences courtesy of director Francis Lawrence. From an oil attack to an anxiety-ridden sewer battle (that feels appropriately like a scene from a horror film), the director knows how to create dramatic tension at the right moments but he also knows when to slow down the pace for character development. In between battle sequences, there are a few great emotional moments here including a few great tender moments between Katniss and her sister Prim (Willow Shields) and a beautifully-depicted wedding.

In addition to accurately depicting many of the action-packed scenes from the book, Lawrence has also brought his attention to the series’ most powerful themes, making sure to include some of the key lessons from the final book in here.

At its core, the Hunger Games series tells more than the story of one heroine who fights against her nation’s oppressors. It tells the story of how citizens can rise up and be heard. Even with noble goals though, revolutionaries can change from being heroes to being oppressors themselves as the cost of war is more potent than we often imagine.

After the battle is done here, one character states “We need to stop viewing each other as enemies,” which serves as a suitable final theme in a series that was never satisfied with simply telling a story. The series wanted to convey something deeper and as with this stirring conclusion, it definitely does.