Does Hillary Clinton Believe in Anything?

John C. Goodman
|
Posted: Oct 15, 2016 12:01 AM
Share   Tweet
The opinions expressed by columnists are their own and do not necessarily represent the views of Townhall.com. 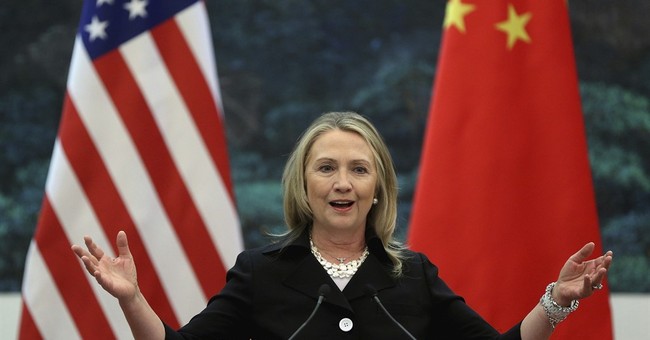 What does Hillary Clinton really believe? Does she have strong beliefs about anything? A new raft of emails from the Clinton camp give us reason to doubt.

The documents show the Clinton advisors carefully and meticulously messaging the Clinton position on a wide range of issues -- on everything from the Keystone pipeline to the Trans Pacific Partnership Agreement (TPPA). As they emailed back and forth, the advisors carefully weighed the costs and benefits (in terms of votes, campaign contributions and favorable or unfavorable publicity) of nuanced positions.

On a great many issues, Clinton has changed her positon – including gay marriage, the TPPA and the pipeline – over the nine-year period covered by the emails. The Clinton advisors anguish over how to position theses changes without appearing to be “cynically” chasing votes or giving the appearance of “putting a finger to the wind.”

But there appears to be no email exchange where anyone discusses what Clinton actually believes about any issue at all. As the New York Times reported:

The private discussions among her advisers about policy — on trade, on the Black Lives Matter movement, on Wall Street regulation — often revolved around the political advantages and pitfalls of different positions, while there was little or no discussion about what Mrs. Clinton actually believed. Mrs. Clinton’s team at times seemed consumed with positioning and optics.

Here is something readers need to know about voting. If you want to maximize your vote total, a poor way of doing it is to choose the position that most voters favor on every issue. It really doesn’t matter very much what a particular voter thinks about a wide range of issues. What matters is what he thinks about the one or two issues that determine how he votes. These are called “vote-determining” issues.

Take partial birth abortion or (what is similar) the practice of killing a fetus just moments before it is to be delivered as a health living baby. Most voters are against these practices, but for most this is not a vote determining issue. It is vote determining for some people, however. Given an opponent who opposes almost all abortion, you might think that Clinton’s best strategy is to move to the moderate, middle ground. But if she did that she would lose support from women who want no restrictions whatsoever. So, no matter what her opponent’s position, Hillary is forced to take an extreme position – one that almost no one agrees with other than radical feminists.

A similar result holds for many other issues. A nuanced, middle of the road approach to Black Lives Matter probably wouldn’t move a single vote. Among the people for whom this is a vote-determining issue, you either back the Blue (as Donald Trump does) or you sympathize with the victims (as Hillary does) or you get no additional votes at all. Ditto for the Pacific trade agreement. Hillary would actually lose votes if she called for a “better agreement.” To check mate Trump, she has to oppose what she once called the “gold standard of trade agreements” in its entirety.

Kimberley Strassel sums up the bottom line of all this in the Wall Street Journal:

Mrs. Clinton has been exposed to have no core, to be someone who constantly changes her position to maximize political gain. Leaked speeches prove that she has two positions (public and private) on banks; two positions on the wealthy; two positions on borders; two positions on energy. Her team had endless discussions about what positions she should adopt to appease “the Red Army”—i.e. “the base of the Democratic Party.”

Most disappoint of all is Clinton’s approach to education, another area where her position has been shifting through time. Once a supporter of charter schools, her stance has been inching ever closer to the teacher union view of the world, as the campaign season has progressed.

A Stanford University study found that charter schools significantly improve the performance of children in urban areas and this is especially true for black, Hispanic, low-income and special needs students in math and in reading. Even the very liberal New York Times editorial page endorses charter schools. Yet I have seen no mention of how charter schools benefit students in Clinton emails so far.

Oh, but of course. The kids don’t get to vote.