The Right to Work

John C. Goodman
|
Posted: Jun 04, 2016 12:01 AM
Share   Tweet
The opinions expressed by columnists are their own and do not necessarily represent the views of Townhall.com. 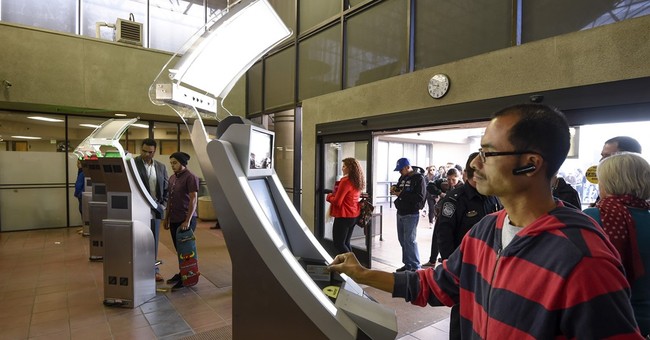 I wish the Founding Fathers had added one more amendment to the Bill of Rights. It should have read:

Congress shall pass no law restricting the right to work.

For the first 100 years or so, the amendment would have been unnecessary. Local governments put lots of restrictions on what workers could do. (More on that below.) But the federal government largely kept a distance from the labor market until the 20th century’s Great Depression. Since then it’s been Katie bar the door.

Virtually every restriction on the ability of people to freely contract for their labor has been advanced by claims that the regulations will benefit workers. In fact, the opposite is almost always the case. Take $15 minimum wage law, advocated by Bernie Sanders and The New York Times and flirted with by almost everyone else on the left. What such a law really means is: If you cannot produce $15 worth of goods and services in an hour, you will not be allowed to work. Or take President Obama’s executive order on overtime pay. What that regulation really means is: If you can’t produce goods and services worth 50 percent more than you regularly produce, you can‘t work more than 40 hours a week.

There are two very troubling trends in the labor market today. One is the stagnation of wages for ordinary workers and the other is the replacement of those workers by robots and other technology. Since 1975, worker productivity in the American economy has continued upward at a brisk pace. But as the Department of Labor statistics show, the wages of non-service workers are no higher today than they were in 1970. (See this graph.)

Economists Jeffrey Sachs of Columbia University and Laurence Kotlikoff of Boston University think they know why. “What if machines are getting so smart, thanks to their microprocessor brains, that they no longer need unskilled labor to operate?” they ask. After all, they write:

“Smart machines now collect our highway tolls, check us out at stores, take our blood pressure, massage our backs, give us directions, answer our phones, print our documents, transmit our messages, rock our babies, read our books, turn on our lights, shine our shoes, guard our homes, fly our planes, write our wills, teach our children, kill our enemies, and the list goes on.”

Take Wendy’s. The fast food chain has announced it is placing 6,000 self-service kiosks in its outlets around the country. What’s the minimum wage for a kiosk? Zero.

Another example is Wal-Mart, which is planning to replace people with drones for the huge task of inventory control.

Then there is sewing. Sewing? Yes, sewing. Everything from Adidas shoes to bath towels and drapery pleats to yoga pants and ironing board covers requires stitching of one sort or another. There are now 70 different products where robot stitchers are replacing humans.

Despite this troubling trend, the Obama administration seems intent on closing the door to more young people, seeking the first rung on the income ladder. First there was Obamacare, which I have likened to a $6 an hour health minimum wage. Then there was the president’s call for a higher money minimum wage. More recently the president has extended overtime pay to 12.5 million workers by executive order – even though the Obama Labor Department says that will lower the average wage.

University of Chicago economist Casey Mulligan reports on new research, finding that the overtime regulation will make the income of low-wage workers more cyclical -- making them poorer when their incomes are low and richer when their incomes are high -- with little effect on their average pay or hours. He notes that, “More and more, work schedules are being chosen to satisfy federal rules and less for creating value in the marketplace.”

Similarly, the evidence is piling up to show that higher minimum laws reduce employment opportunities. Even when they don’t, employees lose non-wage benefits, including a reduction in worker training.

The worst regulations tend to be imposed at the local level – as they have been since the nation’s founding. Paid sick leave is the latest fad in “blue cities,” apparently determined to become just like France, where the unemployment rate for young people is 24 percent.