What if the Left Doesn’t Really Want to Achieve its Policy Goals?

John C. Goodman
|
Posted: Apr 23, 2016 12:01 AM
Share   Tweet
The opinions expressed by columnists are their own and do not necessarily represent the views of Townhall.com. 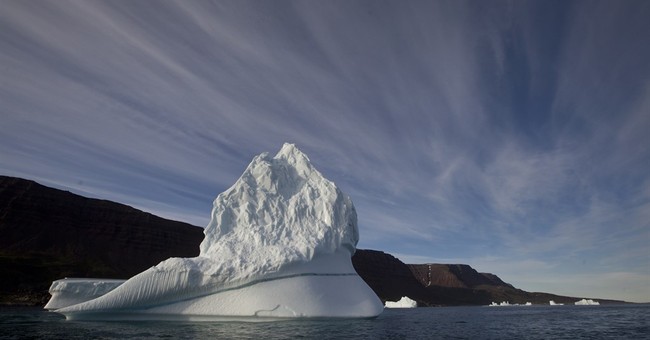 Here is something I bet you haven’t thought about. We naturally assume that that public policy advocates actually want to achieve the things they advocate. But there are a lot of people both on the right and the left – but especially on the left – for whom that probably isn’t true.

Without global warming, the donations would dry up. The jobs would go away. The research grants would vanish. The end of global warming would be an economic disaster for tens of thousands of people. Especially for someone like Al Gore – who has made a fortune on the issue.

What brings this to mind is four recent items in the news.

First, labor unions in Los Angeles – the very unions that were in the forefront in pushing for California’s recently passed $15-an-hour minimum wage legislation -- are petitioning to be exempted from the new law. After telling us for years how good high minimum wages are for everyone else, they are now claiming that the regulation is not good for their own members.

Second, as the New York Democratic primary election was well under way, the rhetoric became increasing shrill. Wall Street is responsible for inequality we were told by both Bernie and Hillary.

Yet as Dan Henninger reminds us in a Wall Street Journal editorial, it’s the rich Wall Street types who are putting up the money to fund charter schools and other alternatives to the public schools that are failing so miserably. No one who is poor is likely to climb the income ladder without a decent education. Yet New York City liberals, including the new liberal mayor, aren‘t lifting a finger to help. In fact, New York’s liberals seem quite content to let the teachers unions run the schools as they wish and leave things pretty much as they are.

Third, an editorial in the Wall Street Journal by Holman Jenkins makes a damning case against environmental advocates in Congress, who have been unwilling “to propose policies costly enough that they would actually influence the rate of increase of atmospheric greenhouse gases.” Exhibit A was Al Gore’s about face right after the 2008 election. Jenkins writes:

[T]he closest the U.S. Congress came to passing a serious (if still ineffectual) cap-and-trade program was during the George W. Bush administration in early 2007. Then, within days of Barack Obama’s election in 2008, Al Gore announced a revelation: the “climate crisis” no longer required such unpleasant, de facto energy taxes. The problem could be solved with painless handouts to green entrepreneurs.

Then there is the issue of gun control, which Hillary Clinton has been increasingly using to attack Bernie Sanders. If you think that anything about guns proposed by those on the left is a serious proposal (gun show loopholes? The right to sue gun manufacturers?) consider the following.

Although no one knows for sure, there are apparently 310 million guns in private hands in the United States – about one for every person in the country. Further, by one estimate, private gun ownership increased by about 100 million since Barack Obama became president.

Here is the irony. It appears that every time the president talks about the need for gun control, people go out and buy more guns. Of course, the kind of measures he and Hillary are talking about are trivial. But in the attempt to fire up the Democratic base and convince them they intend to do something serious about guns, the president’s rhetoric apparently succeeds in convincing the opposition instead.

The best thing Barack Obama and Hillary Clinton could do to stop the proliferation of guns is to shut up and quit talking about firearms.

What would a serious gun control measure look like? In 1996, the government of Australia imposed a virtual ban on automatic and semiautomatic assault rifles and instituted a temporary gun buyback program that took some 650,000 weapons out of public circulation. The effort seems to have had no effect on suicides or homicides, but at least one would have to agree that the effort was serious.

Is that the type of proposal we might see from those on the left in the near future? Don’t hold your breath.