What's Up with Norquist and the Jihadis?

John Andrews
|
Posted: Apr 26, 2016 12:01 AM
Share   Tweet
The opinions expressed by columnists are their own and do not necessarily represent the views of Townhall.com. 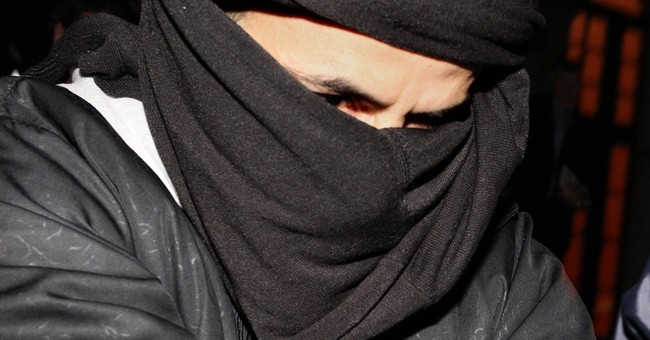 “Nothing to see here, folks.  Move along, nothing to see.”  That line from a thousand police dramas also has its political uses, usually mendacious.

Indeed I was fed that very line in 1972 by John Dean, my office neighbor in the Nixon White House, when I tipped him a Watergate coverup might be underway.  And I bought it, as did most Americans, long enough for the President to win easy reelection.

We’re now being given the same old dodge again, this time in connection with the fashionably dismissed, but irrefutably documented, Muslim Brotherhood design for conquering the United States of America by a stealth strategy they call civilization jihad. Don’t buy it; not on your life.

It would be a grave mistake to just “move along” as a society and brush off this threat, for there is much to see in the Islamist web being subtly woven in many areas of American life, before our very eyes.

Case in point, what of the allegations against conservative icon Grover Norquist, Americans for Tax Reform happy warrior and National Rifle Association board member? There’s evidence that he has been way too cozy for way too long with fanatical followers of the Quran who dream of replacing the U.S. Constitution with totalitarian Shariah law.

Only the willfully blind could shrug off Norquist’s never-explained political collaboration with the likes of Abdurahman Alamoudi and Sami al-Arian, both later convicted on terrorism charges, and his bizarre association with Hamas’s frontman in this country, Nihad Awad of the Council on American Islamic Relations.

These are part of a broad, persistent pattern of jihadi-coddling activities involving Norquist, dating from 1998 to the present, spelled out in a 2014 monograph from the Center for Security Policy entitled Agent of Influence.

On the other hand, Norquist also has his “nothing to see” defenders, among them such worthies as former Homeland Security Secretary Michael Chertoff and former NRA president David Keene, now opinion editor of The Washington Times.

Keene is indignant at – and, it seems, spooked by – a virtually unprecedented grassroots recall vote now in progress that could result in dumping Grover Norquist from the NRA board. He took to the Times opinion page on April 18 with a howling denunciation of the man doggedly playing Chambers to Norquist’s Hiss, Center for Security Policy president Frank Gaffney.

Under a headline decrying the “demonization of opponents,” the pundit, oblivious to pot-kettle irony, proceeds to label the scholarly, well-respected Gaffney as “paranoid,” “wacky,” and a “conspiracy nut” on par with Joe McCarthy.  Factual argument in defense of Norquist isn’t offered; easier to simply shoot the messenger.

Let’s just say, if America did happen to need a McCarthy-stopper (and at present, we don’t), David Keene is no Joseph Welch.  He adduces as discrediting counts against Gaffney, the counter-jihad expert’s warnings that the congressional left behaves as if scripted by the Muslim Brotherhood and that Barack Obama may want us all under Shariah.

Though clearly meant as ridicule, none of this is funny.  Hasn’t Congress (and the administration) helped advance Brotherhood goals by propping up Egypt’s Mohammad Morsi and chilling our own national debate with charges of Islamophobia (read: telling the truth about jihad)?

Hasn’t Obama, in his Cairo speech, UN speech, and support of UN Resolution 16-18, set about muzzling everyone with Quranic blasphemy law (read: honor the Prophet or else)?

Laugh if you want to, Mr. Keene, but the joke will be on our country and the free world, and tragically so, if such shady operators as Grover Norquist aren’t held accountable for their reckless dealings with a sworn enemy infrastructure and propaganda machine out to “destroy Western civilization from within” — as the Muslim Brotherhood defiantly proclaims of itself.

To stop them, we’ll need a lot of patriots like the fearless Frank Gaffney.  May your tribe increase, Mr. Gaffney, and may detractors’ keening be sweet martial music in your ears.