Of Course The Muslim Brotherhood is a Terror Organization

Jim Hanson
|
Posted: Apr 18, 2016 12:01 AM
Share   Tweet
The opinions expressed by columnists are their own and do not necessarily represent the views of Townhall.com. 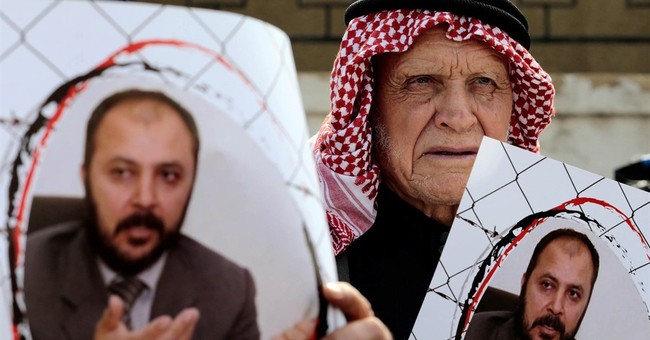 There are bills under consideration in both houses of Congress to designate the Muslim Brotherhood (MB) as a terrorist organization. The reason for this is the fact – the Muslim Brotherhood is a terrorist organization. Egypt, United Arab Emirates, Saudi Arabia, Russia, Bahrain, and Jordan have already designated them as a terror collective and their motto makes their goal pretty clear  “Allah is our objective; the Prophet is our leader; the Quran is our law; Jihad is our way; dying in the way of Allah is our highest hope." You can help protect America by contacting your senators and representatives to tell them to pass this legislation.

President Obama not only refuses to acknowledge the Brotherhood as terrorists, but actively changed U.S. policy during the Arab Spring to support them; and Hillary Clinton helped make this happen while she was Secretary of State.  Obama sees them as a bulwark against what he calls the “violent extremists,” which is his euphemism for the jihadists killing in the name of Islam. The MB plays the public relations game of saying they are a civic organization that runs schools and feeds the poor while promoting the image that the milk of Islamic kindness flows through their veins. Now there is a nugget of truth in there; they do some of those things. But, they also have a plan for a global Caliphate and the submission of all of us.

They state publicly they have foresworn violence in the pursuit of this domination, but that is deception. The term for this kind of deception is Taqqiya and it is wholly sanctioned, even required for the faithful, if such lying is necessary to further the cause of Islam. The MB are the faithful, the hardcore believers, and knowing Taqqiya is integral to their way of life let’s us understand that their words are often simply words with no inherent truth attached to them. Their actions on the other hand are plenty sufficient to show their true intentions and the trail of blood they have left throughout the world leaves no doubt.

They support, fund, enable and rejoice in the terror committed by their brethren in Hamas, al Qaeda and Jamaat al Islamiyya. Their resurgence during the Arab Spring was an attempt to put their iron sandal on the necks of the countries where previously some also pretty heinous dictators had reigned. In most of these countries they were the only organized alternative to the tyrants in residence, so when uprisings began they took advantage.

In Egypt, for example, they leveraged the actual social work they did and their mosque-enabled power base to win the elections that followed the overthrow of Mubarak. No sooner had they swept the blood out of the palace, they began imposing the oppressive ideology of Sharia.

Sharia-adherent Islam is not a religion but a totalitarian system that controls every facet of human life and the Brotherhood are among its foremost advocates. They are hell bent on imposing this brutal regime which includes: stoning women who have been raped; forced child marriages; murdering homosexuals; and killing any apostate who leaves its loving embrace.

They are equally comfortable with either violent means of imposing this, although they prefer to outsource the bloody work to their partners, or non-violent methods which are their particular specialty. The first is the “Violent Jihad,” often called terrorism; and the second is what the MB has named “Civilization Jihad,” which works to use a country’s own freedoms and civic liberties to subvert it from within. They are hard at work using both methods to bring more of the world into what they call Dar al Islam (House of Islam). They deem those not yet submitted Dar al Harb (House of War); their terminology is telling, just in case you had any doubts.

The Muslim Brotherhood should be designated a terrorist organization. They have well and horrifically earned the dishonor. Making this common sense determination gives our government and security organizations the necessary tools to fight the MB and their partners in crimes against humanity. Tell Congress to vote “yes” on the Brotherhood Terrorist Designation Act bills H.R. 3892 and S. 2230; and do their part to counter the threat of the global jihad.