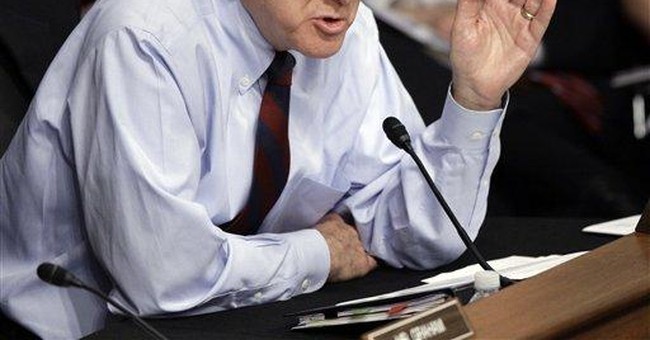 As chairman of the National Republican Senatorial Committee, the job of Sen. John Cornyn (R-Texas) is to court votes in the next round of Senate elections. Given the large — and growing — Hispanic constituency in his state and across the U.S., it wasn't unexpected that his questions before the first Hispanic Supreme Court nominee, Sonia Sotomayor, were a bit more tempered than those posed by his Republican colleagues.

"Her record as a circuit judge and a trial judge — it’s not horrible. It's pretty traditional," he said in an interview. "There are some decisions I disagree with, but that's fairly normal."

That sort of statement contrasts with Sen. Jon Kyl's attitude towards the nominee, questioning her about whether or not she agreed with President Obama's attitude that a judge should be "empathetic," and hastily suggesting that she should "Let me try and help you," when Sotomayor hesitated after a question.

It's also in contrast to heated questions on controversial issues such as abortion launched by Sens. Tom Coburn and Lindsey Graham. Yesterday, Graham asked Sotomayor recite the controversial "wise Latina" remark in front of the Judiciary Committee and press.

Cornyn's more moderated stance certainly did not indicate a resounding approval of the nominee, saying that he did have concerns about the sharp discrepancies in her hearing testimony and public comments.

"When she gets to the Supreme Court there is no restraint — there is no ability for her to be restrained on the issues...and if it heads down the path of the speeches that she's given over the years, I think that would be the very definition of bad judicial activism," said Cornyn.

He also said that said that after three days of hearings he is still unsure whether or not Sonia Sotomayor is cut out for the bench.

"It's a little discouraging to hear Judge Sotomayor backtrack on some of the statements she made yesterday about the so-called "wise Latina" statement, and these other, I'd call, radical speeches...which seems very inconsistant with her judicial record," he said.

But he insisted that there will be no last-minute attempts to block her nomination.

"My sense is that we should use filibusters in the rarest of circumstances," said Cornyn.