Is It 'Dangerous' to Fight Voter Fraud?

Jerry Newcombe
|
Posted: Dec 09, 2020 3:30 PM
Share   Tweet
The opinions expressed by columnists are their own and do not necessarily represent the views of Townhall.com. 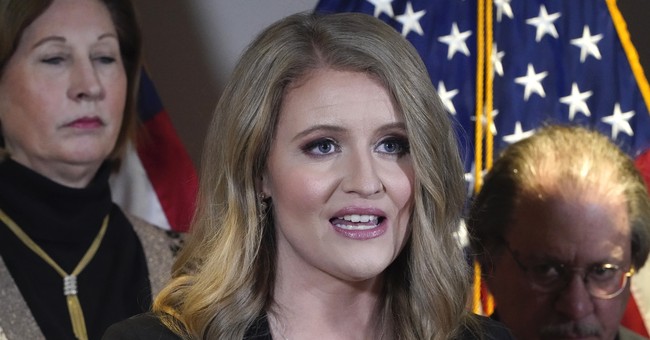 I feel disenfranchised with last month’s vote because of such apparent widespread voter fraud in six key swing states. But the media says, “There’s nothing to see here.” As of this writing, 40 court decisions seem to agree with them.

Thank God for the alternative media, which is a lifeline of information, which big tech, big media, and the cultural elites are doing their best to suppress. But you can’t suppress the truth forever.

A congresswoman from Florida says that Trump’s attempts to expose allegations of voter fraud are undermining our nation.

Stephanie Murphy (D-Florida), whose family fled Vietnam in the late 1970s, is a U. S. Representative in the greater Orlando area. She said, “My family fled a communist dictatorship, so I’ve never taken America’s democracy for granted. The President’s claims of election fraud are discredited and dangerous, nothing more than a cynical attempt to subvert the will of the American people.”

She was responding to this tweet (12/1/20) from NPR that said the election was fair and not stolen. NPR Politics: "‘This was a secure election,’ Christopher Krebs, the former top federal government election security official, said. ‘That is a success story. That is something everyone in the administration should be proud of.’"

•Forget those suitcases captured on video brought out in the middle of election night in Atlanta, presumably chock full of Biden ballots.

•Forget all those dead people that voted in Pennsylvania---even people who lived through the Civil War.

•Forget the “over 400 affidavits documenting vote fraud and polling place irregularities, documenting that there were more votes cast than registered voters in quite a number of jurisdictions,” to quote Scott Powell, American Thinker(12/5/20).

•Forget the Detroit Democrat poll-workers who muscled Republicans out of the room in the middle of the night and then taped up the windows so no one could see what was going on.

Gary Bauer notes (12/3/20): “…in numerous progressive cities, left-wing operatives systematically threw out GOP observers one by one. The vote counters, who are government employees, often erupted in applause as the conservatives were shown the door.”

Forget all that---nothing to see here. Time to move on. To question the mainstream media’s coronation of Joe Biden as president is “dangerous,” says Rep. Murphy.

Trump lawyers Rudy Giuliani and Jenna Ellis have held hearings providing all sorts of evidence of voter fraud that took place primarily in the wee hours of the early morning of November 4 in key swing states such as Pennsylvania, Georgia, Michigan, Wisconsin, and Arizona.

Regardless of one’s opinions on Donald Trump, I would think virtually all Americans of good will would oppose election fraud. Election security is critical.

I showed my wife a compilation of highlights of the Giuliani-Ellis Michigan hearings of alleged voter fraud. After a while, she almost wept, wondering how this could happen in her adopted country? She was originally from Norway and gladly became a U. S. citizen many years ago.

Democracy is messy. But to ensure voter integrity, it’s worth sorting through this mess.

One man noted, “If we don’t root out the fraud…we don’t have a country anymore.” That was Al Gore in 2000. But in the case of Al Gore’s challenge of Bush’s victory---which was predicated on Bush’s taking Florida---Bush won every single vote recount in Florida. Every single one, even those conducted by liberal (anti-Bush) newspapers, like The New York Times.

Jenna Ellis said “We’re a nation of rules, not a nation of rulers.” Ellis referred Americans to look up Federalist #68, which I did. This “Federalist Paper” was written by Alexander Hamilton, and he states: “…every practicable obstacle should be opposed to cabal, intrigue, and corruption.” He calls these underhanded deeds the “most deadly adversaries of republican government.”

Was there a cabal at work in the wee hours on the day after the election to bring in bundles of thousands of votes for Biden in the key swing states?

Twenty congressmen are demanding voter integrity, especially after they saw the footage of the Georgia suitcases. They wrote an open letter (12/4/20) to Bill Barr with this lead: “Dear Attorney General Barr, Two pillars of a successful republic are election integrity and confidence in our democratic processes.” [Emphasis theirs]

Gary Bauer notes (12/6/20), “After the election, a shocking 70% of Republicans don't believe the 2020 election was free and fair….30% of Democrats believe it is likely the election was stolen from President Trump! These figures undermine confidence in our electoral process.”

Congresswoman Murphy is wrong. Until the many allegations---including more than a thousand affidavits where many people (including Democrats) report on the cheating they themselves witnessed on behalf of the Biden campaign---have their day in court, it is not “dangerous” to explore these accusations. It is dangerous not to.