Jerry Newcombe
|
Posted: Jul 18, 2018 4:30 PM
Share   Tweet
The opinions expressed by columnists are their own and do not necessarily represent the views of Townhall.com. 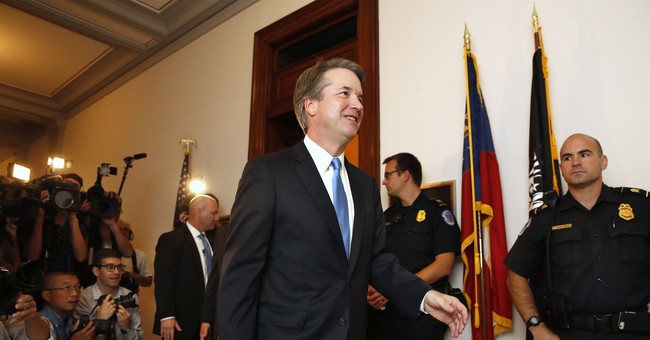 Soon the Senate will hold hearings as to whether or not to confirm Judge Brett Kavanaugh to the Supreme Court. One can only imagine the fireworks to come.

Beware of the Saul Alinsky model---of the politics of personal destruction. Saul Alinksy, a Marxist and the father of the community organizers, wrote Rules for Radicals (1971), in which he states, “In a fight almost anything goes. It almost reaches the point where you stop to apologize if a chance blow lands above the belt” (pp. 129-130).

The Bible says that God has made human beings in His image. It says that God loves us so much He sent His one and only Son to die in our place to forgive our sins. Jesus even said indirectly that a human soul is worth more than the world. He stated, “What does it profit a man if he gains the world but loses his soul?”

But to advance his left wing causes, Alinsky wrote: “Treat opponents not as persons, but as symbols representing interests or ideas which he believes inimical to the welfare of the people.”

Rule 13 of Alinsky’s Rules for Radicals is: “Pick the target, freeze it, personalize it, and polarize it.”

The Left seems to have this down to a science. And they work overtime at some of the hearings on Capitol Hill, especially when it comes to potential Supreme Court justices.

In 1987, the Left “borked” a good man in Robert Bork and even coined a new word in the process. They smeared a man with a formerly good reputation, and his nomination went down in flames. I suppose those responsible did not mind doing so because to them, in pure Saul Alinsky fashion, the ends justify the means.

Senator Ted Kennedy smeared the would-be Supreme Court justice: “Robert Bork's America is a land in which women would be forced into back-alley abortions, blacks would sit at segregated lunch counters, rogue police could break down citizens' doors in midnight raids, schoolchildren could not be taught about evolution, writers and artists could be censored at the whim of the government, and the doors of the Federal courts would be shut on the fingers of millions of citizens.”

Ed Meese, former U. S. Attorney General under President Reagan, once said this to me about Robert Bork: “He was probably one of the most qualified persons ever to be nominated for that highest court.”

Indeed, the respected, non-partisan Oxford Companion to the Supreme Court, noted: “Bork’s legal competence and personal integrity were indisputable, and debate focused on his conservative political and legal views.”

Meese also told me, “Because Bob Bork was so well known to be a believer in the Constitution and to be against judicial activism, or to practice, as the Constitution requires, judicial restraint, there were those, who decided that they were out to get him. And so they mounted the most bitter, most divisive, most illegitimate attack on a person that had ever been mounted against anyone nominated for the Supreme Court up until that time.”

It was Bork’s defeated nomination that forever altered the way the confirmation process is carried out—a process which now focuses on politics over public interest. The Left also pulled out all the stops in their smearing of Clarence Thomas in 1991. Thankfully, he was confirmed despite the “high tech lynching” (in his own words) he was forced to endure.

In another context, Erick Erickson and Bill Blankschaen wrote (on 3/11/16), “What we are seeing is a scorched-earth, take-no-prisoners approach as the wildfire burns across our land….There is one key reason that those on the Left must force their beliefs on the rest of us: if they didn’t force their craziness on us, we would never embrace it.”

The irony of all this is often lost: judicial activism does not just promote one’s politics (usually the Left’s objectives). Judicial activism takes the democratic process out of our hands. Instead of “we the people” getting to weigh in on critical issues---like abortion, same-sex marriage, religious liberty, etc.---judicial activist judges hand down edicts. They have turned the Constitution into “Silly Putty,” as Congressman Henry Hyde (of the pro-life Hyde Amendment) once put it---getting it to say what they want it to say.

Many clamor for “democracy” and “power to the people,” not realizing that the originalist type judges (like Antonin Scalia, Clarence Thomas, Samuel Alito, and presumably Brett Kavanaugh), truly restore power to the people. Rather than slam originalist judges, we should welcome them. Note to the senators: Please don’t let them bork Judge Kavanaugh.

Here's the New Office Trump Will Hold
Townhall
Twitter explains why Colin Kaepernick, 'one of the greatest quarterbacks of our generation,' is trending
Twitchy
Fox News' Peter Doocy Pins Down Jen Psaki, She Doesn't Respond Well
Redstate
If You Thought the First Impeachment Was a Circus, Just Wait for Impeachment 2.0
PJ Media