Pray for the Persecuted Church - Abroad and at Home

Jerry Newcombe
|
Posted: Nov 09, 2017 12:01 AM
Share   Tweet
The opinions expressed by columnists are their own and do not necessarily represent the views of Townhall.com. 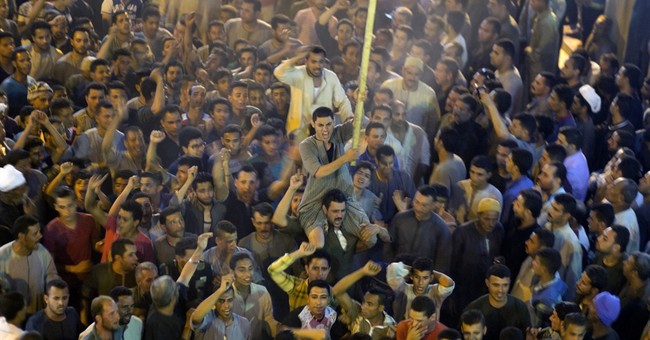 I planned to write about this topic and focus on anti-Christian persecution overseas at this time. And then came this tragedy - the mass shooting in a church in Texas, killing 26 and wounding 20 on Sunday. The killer was described as one who “preached atheism” and “hated religious people.”

Of course, killing Christians just because they are Christians is the exception in America. However, in about sixty countries on earth, for millions of professing Christians, it is dangerous to be a practicing believer in Jesus, yet God is using Christian martyrdom to grow the church.

"We are witnessing an astonishing escalation in Christian persecution, like we have rarely seen since the first century," writes Johnnie Moore in his new book called The Martyr’s Oath: Living for the Jesus They’re Willing to Die For. Johnnie wrote a book a few years ago that was a bestseller, called Defying ISIS. After writing that first book, he was able to raise $25 million on behalf of the persecuted church.

In a radio interview with him about his new book, Moore told me he got involved in this because, as a college student at Liberty University, he witnessed an unusual (to him) graduation ceremony in India.

“I AM A FOLLOWER OF JESUS. I believe He lived and walked among us, was crucified for our sins, and was raised from the dead, according to the Scriptures,” begins the “Martyr’s Oath,” which Moore includes in the appendix of his book. This is the same type of pledge that the Indian bishop administered.

The oath continues, “I believe He is the King of the earth, who will come back for His church….As He has given His life for me, so I am willing to give my life for Him. I will use every breath I possess to boldly proclaim His gospel.”

Moore reflected on how this struck him at the time: "Here I was, a sheltered American, never having been exposed to such a thing; and all of a sudden, I was in the heart of the persecuted church. And I felt like I was standing in the book of Acts." He notes that persecution of Christians has often been the norm in history, not the exception.

Moore told of a Muslim couple that converted to Jesus and left Syria for a neighboring country. One of their relatives wrote, saying he knew what they had done (leaving Islam), and he knew where they lived. When he caught up with them, he would crucify them, unless they changed back.

Moore said the couple wrote back to the relative, answering that they were glad to know Jesus and were willing to die for Him—but that they were not worthy to die in the same manner as He did.

“There’s always been crucifixions of Christians because it’s the obvious thing to do if you hate them and you want to get rid of them.” So said the late Dr. David Barrett, a leading church statistician and researcher, who was the founding editor of the massive World Christian Encyclopedia (1982) in a Christian-TV interview I did years ago.

Barrett said, “Martyrdom is a continuing phenomenon, affecting roughly one in every two hundred Christians. Some time or other in their lives, that number of people will be murdered for their faith or they will lose their lives. And it’s been the same, right from the beginning. People tend to think that martyrdom belongs to the early church, the first three centuries; but it went on after that, and it is going on exactly the same rate today---0.5% per annum.”

Barrett even told a humorous story, where he was once addressing a large group of Southern Baptists. During an open mic session, a very wealthy industrialist asked: “What is the single most significant way I can help promote world evangelization?” Barrett answered, “Well, the main factor, as I see it, is martyrdom.” This elicited laughs from the audience, but the industrialist didn’t laugh. After a few moments, he asked what the second most important way is.

It is good to pray for the persecuted church and do what we can to help them. Not just one day of the year, but throughout as well.