Ten Rebuttals to the Left’s Meltdown Over Trump-Pence

Jerry Newcombe
|
Posted: Dec 08, 2016 12:01 AM
Share   Tweet
The opinions expressed by columnists are their own and do not necessarily represent the views of Townhall.com. 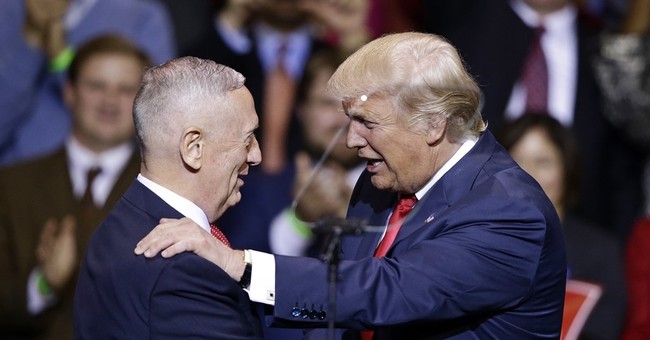 A month after the left’s meltdown over the Trump-Pence victory, it doesn’t seem to slow down. For example, the Drudge Report declared (12/4/16) “Madonna still can’t cope…‘Ashamed to be American’…” Protests on inauguration day may generate more fireworks on the 20th of January than on the 4th of July.

But here are ten reasons I’m glad Trump-Pence won. Not only was Hillary repudiated, but so also was Obama’s record, which she promised to continue.

1) The mainstream media was shown to be wrong.

These days, we’re hearing all the time about “fake news.” The biggest example of fake news was the reporting that Hillary had won and the election was over. The election of 2016 will be studied for years to come to see how the pundits could have gotten it so wrong.

Several times during the campaign, Donald Trump said things that normally would have sunk a candidate. Some of those things were indefensible. But in the big picture, the American people are sick and tired of this form of liberal censorship. “I refuse to be politically correct,” said Trump, “the current politically correct response cripples our ability to talk and think and act clearly.”

3) Islamic Jihad was identified as the problem it truly is.

After Jihadist attacks, Trump was willing to connect the dots and say the politically incorrect thing---that there is a link between some Muslims killing innocents and their Islamic ideology. You can’t defeat an enemy you refuse to name.

4) The Christians in the Middle East have a better chance of survival and justice.

President Obama has virtually ignored the plight of Christians in the Middle East, who are being slaughtered by ISIS and other Islamic Jihadist groups. The Arab Spring has become the Christian Winter. Secretary of State Hillary Clinton shares much of the blame for that. Christians in Syria and other countries are the proverbial canary in the coal mine.

5) Religious freedom in America has greater chances of a revival.

People have been suffering under this economy. No wonder Bernie Sanders appealed to so many young people---with promises of free college education and other freebies. Millions of millennials are living at home, saddled with debt and no hope of getting good jobs. Executive orders to fight on behalf of phony environmental concerns have made the Obama economy run like a car with the emergency brake on.

7) We can hopefully repeal Obamacare.

Obamacare, which has been imploding under its own weight, has contributed to the weak economy, forcing many companies to curtail the number of hours their employees could work. The Affordable Care Act is not so affordable after all. The market place always does better at running things than does the government. Let the insurance companies compete across state lines, while retaining care for those with pre-existing conditions.

8) The poor will suffer less.

To paraphrase Abraham Lincoln: It’s a good thing the left loves the poor---they’ve made so many of them. The left often invokes the name of the poor. They claim to do so much of what they do to help the poor. But it appears they just want their votes. Leftist policies to help the poor have been routinely shown to fail the poor because they worsen the families of the poor. And the family, by God’s design, has been repeatedly been shown to be the key to upward mobility.

9) Abortion has a greater chance of being curtailed in America.

President Washington said that America can never hope to be blessed if we defy God’s rules. With about 60 million unborn babies aborted, how can we claim, “God bless America”? Why should He? Abortion was very much on the ballot, and thankfully the pro-life side prevailed.

10) We can hope for a Supreme Court that will actually follow the Constitution.

The final reason I’m grateful that Trump-Pence prevailed is because of the promise that future justices chosen for the Supreme Court would be in the mode of Antonin Scalia, meaning that “we the people” would get to rule more of ourselves, rather than becoming merely the serfs of our “robed masters” who invent new rights and ignore the Constitution.

Sorry, but let Madonna and the others weep. I won’t gloat, but I am thankful that the American people rose up and said enough is enough of the Obama/Clinton agenda.

During Dobbs Oral Arguments, Justice Sotomayor Referenced Some of The Worst Pro-Abortion Arguments There Are
Townhall
'Blink three times if you're in danger': Kamala Harris staffer tweets creepy photo to prove he loves his job
Twitchy
White House Has to Walk Back Another Biden Lie
Redstate
40 Years Ago, Monty Python Predicted (and Mocked) Wokeness
PJ Media