A Hater's Guide To Hillary

Jeff Jacoby
|
Posted: Jul 25, 2016 12:01 AM
Share   Tweet
The opinions expressed by columnists are their own and do not necessarily represent the views of Townhall.com. 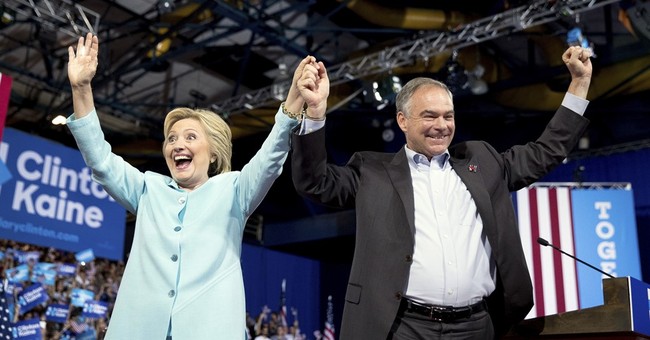 If it was said once during the Republican National Convention, it was said a thousand times: The only thing that unites the GOP is its hatred for Hillary Clinton.

A chasm separates the party's pro- and anti-Trump camps, the outward-looking Reaganites from the build-a-wall isolationists, the "Lyin' Ted" Cruz attackers from the "Lion Ted" Cruz admirers. But they all agree that they loathe Clinton. And that leaves liberals dumbfounded.

MSNBC anchor Chris Matthews, broadcasting from the convention on Tuesday, was aghast at what he called "this festival of hating Hillary"; when Governor Chris Christie of New Jersey roused the crowd with an indictment laying out Clinton's record of malfeasance, Matthews sputtered that the "bloodthirsty" delegates were just waiting for Christie to say: 'Kill her now.'" A day later, Time magazine's story out of Cleveland was headlined: "Hillary Clinton Hatred Remains Unifying Theme of Third GOP Convention Night." That was the word from The Atlantic as well: "'Lock Her Up': How Hillary Hatred Is Unifying Republicans."

Something tells me that at the upcoming Democratic National Convention in Philadelphia, the cup of Trump hatred will overflow. Something also tells me that Matthews & Co. will not grow nearly as perturbed when speaker after speaker gives voice to the party's hostility toward the GOP nominee, or when delegates liken Donald Trump to Nazis and Klansmen. After all, it's hard to see anything wrong with hating a candidate when you hate him too.

Admittedly, Trump is odious. He is a crude and ignorant bully, a braggart and a liar, a stoker of grievances, bigotry, and ethnic resentment. I am firmly in the #NeverTrump camp, and will not be surprised if the DNC becomes a "festival of hating Trump." There are compelling reasons to loathe Trump, and in the hothouse atmosphere of partisan politics, loathing frequently evolves into hatred.

But there are compelling reasons to loathe Clinton, too, even if an awful lot of liberals cannot or will not acknowledge them.

Trump and Clinton both hunger for money, but only Clinton appears to have exploited the levers of US foreign policy for the enrichment of her family. By now the evidence is overwhelming that the Clinton Foundation has been used to extract millions of dollars from foreign governments, corporations, or financiers. The whiff of quid pro quo — financial deals with Bill and Hillary Clinton in exchange for diplomatic access or government approvals — has at times been overpowering. In his 2015 book "Clinton Cash," the Hoover Institution's Peter Schweitzer describes numerous cases that fail the smell test. The scope and extent of the payments made by foreign entities to the Clintons, whether as donations to the family foundation or paid in speaking fees, he writes, "are without precedent in American politics."

The late New York Times columnist William Safire long ago called Hillary Clinton a "congenital liar." Examples have proliferated throughout her career, with the congeries of lies about her private e-mail server only the most recent. Two devastating reports on Clinton's e-mail practices — one by the State Department's inspector general, the other by FBI Director James Comey — methodically shredded every claim she had made in defense of her behavior. Clinton has no more reverence for the truth than Trump.

NBC's Brian Williams lost his job for concocting a self-aggrandizing falsehood about coming under fire in an Iraqi war zone. Clinton concocted a similar falsehood about "landing under sniper fire" in Bosnia and having to run "with our heads down" to safety. It was a tale invented out of whole cloth, as news footage of the event confirms. It may not trouble Clinton acolytes, but it is one more data point in a long dossier of deceit that has convinced so many Americans she cannot be trusted.

Clinton, like Trump, attacks even honest critics without compunction. When she (or her husband) is caught doing something wrong, her instinctive response is to accuse her accusers of hating her. (Sound familiar?) In 1998, amid reports of Bill Clinton's Oval Office trysts with a young intern, Hillary told a TV interviewer that it was all a smear by the "vast right-wing conspiracy" that had always opposed the Clintons. That is still her go-to excuse.

Both Trump and Clinton can be cruel. But whereas his cruelty is that of schoolyard bully mocking a weaker or less popular kid, hers stems from a determination to bulldoze anyone or anything that stands between her and power.

What I still find most jaw-dropping about Clinton's Benghazi performance is not the calamitous failure of security at the compound in Libya, but the shameless and repeated claim that an obscure YouTube video was the proximate cause of the violence. Within hours of the attack, we now know, Clinton had e-mailed her daughter and called Libya's president to say that the attack in Benghazi was a planned Islamist terror operation, for which "an al-Qaeda-like group" had claimed responsibility. Yet days later she brazenly told the father of slain Navy SEAL Tyrone Woods that the YouTube video was to blame. "We are going to have the filmmaker arrested who was responsible," she said to Charles Woods. Even Trump might flinch from such cold and ruthless duplicity.

To be clear, I don't hate Hillary Clinton. I don't hate Donald Trump. But I do find them both to be indecent and unworthy, graspers of low character whose rise to political eminence is a terrible reflection on the Republican and Democratic parties. Neither deserves a vote for president. They certainly won't get mine.