A Civil Rights Hero? Muhammad Ali Was Anything But

Jeff Jacoby
|
Posted: Jun 08, 2016 9:41 AM
Share   Tweet
The opinions expressed by columnists are their own and do not necessarily represent the views of Townhall.com. 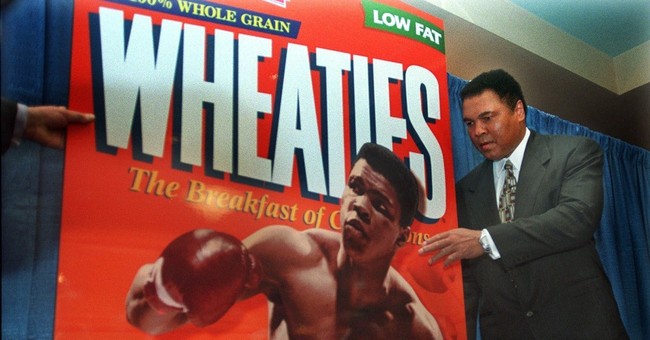 Long before he died, Muhammad Ali had been extolled by many as the greatest boxer in history. Some called him the greatest athlete of the 20th century. Still others, like George W. Bush when he bestowed the Presidential Medal of Freedom in 2005, endorsed Ali's description of himself as "the greatest of all time." Ali's death Friday night sent the paeans and panegyrics to even more exalted heights. Fox Sports went so far as to proclaim Muhammad Ali nothing less than "the greatest athlete the world will ever see."

As a champion in the ring, Ali may have been without equal. But when his idolizers go beyond boxing and sports, exalting him as a champion of civil rights and tolerance, they spout pernicious nonsense.

Time for a reality check.

It is true that in his later years, Ali lent his name and prestige to altruistic activities and worthy public appeals. By then he was suffering from Parkinson's disease, a cruel affliction that robbed him of his mental and physical keenness and increasingly forced him to rely on aides to make decisions on his behalf.

But when Ali was in his prime, the uninhibited "king of the world," he was no expounder of brotherhood and racial broadmindedness. On the contrary, he was an unabashed bigot and racial separatist and wasn't shy about saying so.

In a wide-ranging 1968 interview with Bud Collins, the storied Boston Globe sports reporter, Ali insisted that was as unnatural to expect blacks and whites to live together as it would be to expect humans to live with wild animals. "I don't hate rattlesnakes, I don't hate tigers — I just know I can't get along with them," he said. "I don't want to try to eat with them or sleep with them."

Collins asked: "You don't think that we can ever get along?"

"I know whites and blacks cannot get along; this is nature," Ali replied. That was why he liked George Wallace, the segregationist Alabama governor who was then running for president.

Collins wasn't sure he'd heard right. "You like George Wallace?"

"Yes, sir," said Ali. "I like what he says. He says Negroes shouldn't force themselves in white neighborhoods, and white people shouldn't have to move out of the neighborhood just because one Negro comes. Now that makes sense."

This was not some inexplicable aberration. It reflected a hateful worldview that Ali, as a devotee of Elijah Muhammad and the segregationist Nation of Islam, espoused for years. At one point he even appeared before a Ku Klux Klan rally. It was "a hell of a scene," he later boasted — Klansmen with hoods, a burning cross, "and me on the platform," preaching strict racial separation. "Black people should marry their own women," Ali declaimed. "Bluebirds with bluebirds, red birds with red birds, pigeons with pigeons, eagles with eagles. God didn't make no mistake!"

In 1975, amid the frenzy over the impending "Thrilla in Manila," his third title fight with Joe Frazier, Ali argued vehemently in a Playboy interview that interracial couples ought to be lynched. "A black man should be killed if he's messing with a white woman," he said. And it was the same for a white man making a pass at a black woman. "We'll kill anybody who tries to mess around with our women." But suppose the black womanwanted to be with the white man, the interviewer asked. "Then she dies," Ali answered. "Kill her too."

Ali was contemptuous of black boxers, such as Frazier or Floyd Patterson, who didn't share his racist outlook. His insults were often explicitly racial. He smeared Frazier as an "Uncle Tom" and a "gorilla" whose inferiority fueled stereotypes of black men as "ignorant, stupid, ugly, and smelly."

Ali was many fine things, but a champion of civil rights wasn't among them. Martin Luther King at one point called him "a champion of segregation." If later in life Ali abandoned his racist extremism, that is to his credit. It doesn't, however, make him an exemplar of brotherhood and tolerance. And it doesn't alter history: At the zenith of Ali's career, when fans by the millions hung on his every word, what he often chose to tell them was indecent and grotesque.